Three sisters try to survive hunger and deadly secrets against the backdrop of the WWII German occupation of Norway, but when 16-year-old Ruth becomes pregnant with a German soldier’s child, family bonds disintegrate. 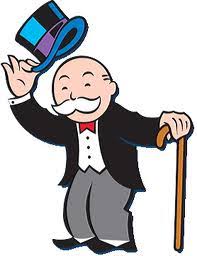 Jorunn had her copy of Undset’s The Wreath open on the floor in front of her. She listened to the swing of the clock pendulum over the fireplace and stretched her back, sore from lying on her stomach. The position, however, alleviated her hunger with the constant pressure.  Three hours ago, the family, minus her older sister, Ruth, had eaten a meager lunch of potatoes and carrots, but the food, as usual, failed to satisfy for more than an hour. She had company in her family––all hungry since the Germans had taken control.

She looked out the window from her spot on the floor to see nothing but clouds, which made it difficult to tell when it would be dark enough to go gleaning. Even without clouds, the sun would have been hard to see since their house was on the northeast side of the northernmost hill in Egersund.

Over in the corner, Far sat in his chair. Nothing but his eyes moved as he read the paper. An audible groan would resonate from his chest whenever he found obvious propaganda. He had stopped massaging the lines above his forehead an hour ago. Once in a while, Mor would peek out from the kitchen to check on them.

Jorunn looked around the room; the familiarity comforted her during the occupation. Inside, no pillboxes or machine guns could be found in the thoroughfares of the small house.  The only sign of change was the rolled up blackout paper near the windows facing Slettebø Lake.