We love celebrating with the Pitch Wars family!

Join us in congratulating Jessica Vitalis on her debut novel that launched today from Greenwillow/HarperCollins. 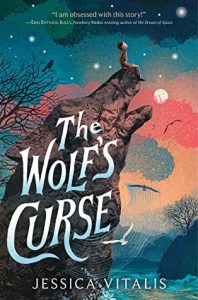 The Wolf is not bound by the same rules as you are.
The Great White Wolf is very, very old. And she is very, very tired. For hundreds of winters, she has searched for someone to take her place. But she is invisible to most people. In all those years, only three have seen her. One died young. One said no. One is still alive — a 12-year-old boy named Gauge. Everyone in the village thinks Gauge is a witch. He’s been in hiding half his life, all because he once saw the Wolf — and right after that, the Lord Mayor’s wife died. Now his only protector, his beloved grandpapá, is dead, too. The Wolf visits the boy again, this time with an offer. She can save him the pain of growing up. Now that he’s all alone in the world, it may be the only way to escape the bounty on his head. If only his grandpapá’s last words hadn’t been, “Stay away from the Wolf.”
Amazon | Goodreads 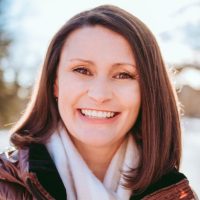 JESSICA VITALIS is a Columbia MBA-wielding writer. She has a passion for entertaining and thought-provoking middle grade literature and founded Magic in the Middle, a series of free monthly recorded book talks, to help educators and caregivers introduce young readers to new fantasy books. She was recently named a 2021 Canada Council of the Arts Grant Recipient. An American expat, she now lives in Canada with her husband and two precocious daughters. She loves traveling, sailing and scuba diving, but when she’s at home, she can usually be found reading a book or changing the batteries in her heated socks. The Wolf’s Curse is her debut novel; a second title is scheduled to follow in the fall of 2022.