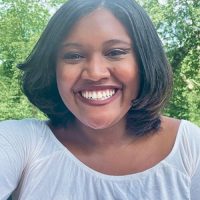 Gabi Burton is a YA author from St. Louis, Missouri. She graduated from Bowdoin College in 2021 with a double major in English and Government. When she’s not reading or writing, she’s probably watching copious amounts of Netflix, Tweeting, or finding beautiful places to walk, preferably near a body of water. She is represented by Naomi Davis at BookEnds and her debut novel, Sing Me to Sleep, comes out with Bloomsbury in 2023.

Six weeks into her freshman year of college, Mary Ellis Bryant is forced to return home to Pineview, Georgia after a devastating soccer injury and subsequent mental breakdown [This is a good first sentence! I think it might read better if you swap the order and start with the dramatic part. So if you start by saying “After a devastating soccer injury…” and then go into how she’s forced to return home. It’s a minor change, but it makes those first few words a person reads about your story immediately gripping and dramatic. Also, is there a reason we get her full name here? Later we see her nickname is Mellie, so is there a reason we need to know her first, middle, and last name?]. With her frazzled mind full of voices she can’t tune out, she discovers the perfect little brother she left behind, Bradley, has acquired a pain pill problem [How old is her brother? Age definitely matters here]. Only, her parents don’t seem to care, so it’s up to Mellie to make things right. [We later see that she wants to go after Bradley’s killers, but as this sentence stands on its own, it’s a bit vague. We need some kind of hint as to what Mellie is going to do to help her brother. When I read this, I think she’s going to send him to rehab or something along those lines. Going after the dealers is very interesting and subverts my expectations. So, tell me that here so we know what her goal is from the first paragraph]

Hawk is a wandering mystery with a magic ability to hide his true identity. [This is intriguing but ultimately vague. Magic ability to hide his true identity. What does this mean? To disguise his appearance? Or something else? A bit of detail here would go a long way. And since this seems to be integral to his overall abilities and goals for the story, clarifying his ability upfront is important] He and his crew, the Kettle, have been popping up in seemingly perfect suburbs and exposing the seedy underbelly of each town using a method of vigilante justice he likes to call Publication. [Again, details are your friend! What does this mean? Are they just writing exposés on the seedy underbelly of “perfect” towns? If so, that’s really cool! But I’m not sure it qualifies as vigilante justice. Tell me their methods so we know what it is they do and what makes it vigilante. If it’s not vigilante justice, that’s ok too! It’s still intriguing, but since this is what shapes the central conflict and how our two MC’s connect, understanding what it is they actually do is important] They’ve brought down all types, from child molesters to corrupt politicians, and now Hawk’s got his sights set on Pineview. [Oooh. I love seeing how our two leads are going to meet up! Very intriguing!]

When Mellie crosses paths with the Kettle at a party, she realizes they may be after the same kind of bad guys—if she can convince them to go after Bradley’s dealers, maybe she can dig him out before he gets in too deep.

But the Kettle pisses off the wrong people and the powerful machine propping up the drug game in Pineview comes after them. [Love this! And this is the perfect time to cue us into the stakes of this story. What threat do the drug dealers pose? Are their lives in danger? Is Bradley in danger? Of course, you don’t want to give away spoilers, but this is the perfect place to explain what it is that our MCs are afraid of so we know what kind of threat they’re facing and what the stakes are.] Unbeknownst to his friends, Hawk has his own skeletons buried in this town, and their ghosts are starting to cloud his judgment. Hawk and Mellie must harness the magic in the voices she hears for one last Publication [Does Mellie have magic? I don’t think the rest of the query hinted that Mellie had magic], or the baddies of Pineview will bury them next. [This concept is amazing! I love the fact that we’re getting one MC learning about how her hometown isn’t perfect and another MC who’s dedicated his life to exposing seemingly perfect towns like Mellie’s. Such a perfect way for the two to meet! That said, the stakes are a bit lost here. It seems like Bradley should be factored into the stakes, but he gets lost in the shuffle. What is happening to him in all this? He’s the driving force behind Mellie’s actions, so how does he factor into the stakes? A bit of clarity as to what the drug game can and might do would help clarify the stakes so we know what Mellie and Hawk have to lose]

TITLE is complete at 98,000 words and is a stand alone novel. It may appeal to readers of Maggie Stiefvater’s THE RAVEN BOYS and Jeff Zentner’s THE SERPENT KING. [Don’t forget to include your genre and age category in your query! I know this is YA Contemporary Fantasy but you want to explicitly say that here because, in all honesty, I forgot. With one MC in college, it might be more NA. Also, the tone of the query overall feels very contemporary, and there’s not a lot of mention of the fantasy elements. There are a few references to magic, but they’re a bit vague, leaving the tone of the query itself  more contemporary and not fantasy. I’m sure the fantasy comes through in the story, but it might help to vamp up/clarify the fantasy elements in the query as well]

There was a bald man in his underpants on the front lawn of Rock Mountain High School. [Ok. You have my attention] He was hog tied to a plastic folding chair with a gag in his mouth, a thick manila envelope placed in his lap with the word EVIDENCE stamped across it in red. Whether he was asleep or unconscious, it was hard to say. [Wow. This opening paragraph immediately paints an image in my mind. I did scroll back up to check the genre and I was surprised it’s contemporary fantasy. The opening paragraph doesn’t make me think contemporary fantasy, but, again, it does paint an image]

The man, Dr. Steven James, had received a letter the day before, summoning him to an address across town. Dr. James had applied for a job in the county superintendent’s office, and he was sure this was the meeting where he’d get it. [We haven’t gotten to the MC yet, so I’m thinking maybe this is a prologue?]

Instead, when he turned up at the address the letter provided, a bag was tossed over his head and he was hit from behind with something heavy. He was thrown into the back of a minivan with all the seats torn out and driven three quarters of a mile away to the Motel Indigo, the shady one near the highway with the No Vacancy sign that was always lit. There, another man waited in the dark, his face disfigured by the magic he’d smeared across it. It blurred any discernible features and left him looking like a melted candle. He wore black from the neck down, not an inch of skin showing. [When a story starts with a POV that isn’t the MC’s, it’s hard for me to connect to the story. I know this man isn’t the MC, so I’m not invested in him. But I also don’t know the MC or her voice or what she wants, so I’m not invested in her either. I think the opening image of this first chapter is really cool! But it doesn’t connect me to the rest of the story or the MC]

This shadow man was the one who’d done the leg work. He was the one who’d found the elicit pictures and tucked them inside the envelope. He was the one who did all the Publicizing. [Everyone has different thoughts on prologues. I don’t pretend to speak for everyone, but personally, if a prologue isn’t in the same POV as the rest of the book, it doesn’t usually suck me in because it’s hard to get invested in either the POV of the prologue or the POV of the MC. This is personal preference though, and not a rule. As far as writing, the first page definitely paints a vivid image and I’m intrigued by what you’ve set up here. But there’s no interiority. There’s no reactions or emotions from anyone, so it’s hard for me to be grounded in the story because I’m not sure how to feel.]

Thank you, (Mentor first name), for the critique! We are showcasing three mentor critiques each day leading up to the Pitch Wars 2021 submission window, so make sure to read the other two critiques for today and come back tomorrow for more.