Emmie Mears (Mentor), tell us a little about yourself.

I’ve been a science fiction and fantasy reader for as long as I can remember. I grew up on Christopher Pike, LJ Smith, RL Stine, and Anne M. Martin’s Baby-Sitters Club (I had nothing if not diverse tastes), and these days I read as much in-genre as I can. I’m a sucker for weird worlds and emotional connections in stories that make me want to dive through my pages. My style tends to be clean prose with fairly visceral, gritty content sprinkled with quirky humour. I usually think of my stories’ first lines before anything else.

Bennett North (Mentee), tell us a little about yourself.

I’m a runner, rock climber, oil painter and, of course, writer, living somewhere between Providence, RI and Boston, MA. I’ve been writing for ages—in fact, this year’s Nanowrimo will be my 13th (?!), and I haven’t lost one yet—and I always have multiple projects going on at the same time. My passion is science fiction and fantasy and a bit of horror, both to read and write. Some of the authors I try most to emulate include China Mieville, Paolo Bacigalupi, Kameron Hurley and Chuck Wendig.

Emmie, why did you decide to participate in Pitch Wars?

I applied (and didn’t get in!) a couple years ago. The Twitter writing community has been a haven for me, and I’ve had a lot of experiences in my (often rocky) road to publication and writing full time, so I was hoping to be able to give back and pay it forward a bit, as well as enjoy that community even more!

Bennett, why did you decide to participate in Pitch Wars?

I get lots of critique from my writing group and friends, but what I was looking for in Pitch Wars was advice from people who are actually in the business. Plus it seemed like fun!

Emmie, what are you most excited for?

I love the thrill of helping draw out the strengths in a manuscript and helping the author’s vision match what the reader sees, reconciling vision with execution. That’s such a rewarding thing, and Bennett’s work is outstanding already. I cannot wait to see how agents respond.

Bennett, what are you most excited for?

Making my novel awesome. I love going through and making scenes better than they were.

Bennett, describe your novel in 3 words.

Bennett North is a writer, artist, runner and rock climber living in or occasionally near Providence, Rhode Island. 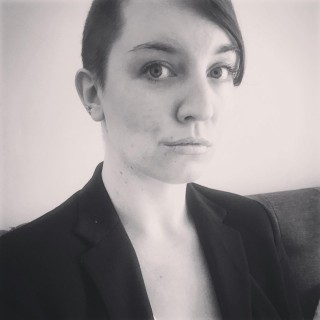 Emmie is an author, actor, and person of fannish pursuits. Born in Texas, the Lone Star state quickly spit her out after a measly three months, and over eight states and three different countries, Emmie became a proper vagabond. She speaks four languages and holds a degree in history. She writes science fiction and fantasy and loves anything weird and bizarre. Emmie is the head of a pride of cats in the hills of Maryland, and she’s pretty sure at least one of the cats thinks she’s its mother. Slightly obsessed with Buffy and Supernatural, Emmie haunts the convention circuits and joins in when she can on panels and general tomfoolery. She is the author of the Shrike series and the Ayala Storme series. Emmie is open to bribery in the form of sushi and bubble tea.

Check out all of Emmie Mears’ books here.

ANY PORT IN A STORM is available on Amazon and Barnes and Noble! Preorder the audiobook coming 1 December from Audible (narrated by Amber Benson!)!

ANY PORT IN A STORM: After months of training a budding army of human/demon hybrids, Ayala and Carrick have worked out most of their differences. Who gets to use the bathroom first in the morning. Who’ll feed the bunny before they go out to make mayhem. Who gets to keep the jeeling claw they found in Forest Hills. You know, the important stuff. But when Gregor sends them out with their battalion of shades and the mission quickly lands on the wrong side of Ayala’s “don’t kill norms” moral line, she quickly discovers that maybe morality wasn’t the motivator behind Gregor’s pet project — or at least not when money’s involved.