Happy Book Birthday to THE SOUND OF STARS by Alechia Dow 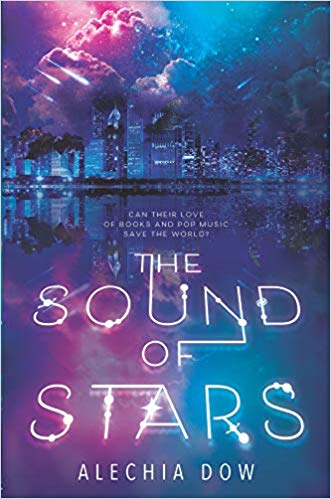 Don’t miss this spectacular debut novel… Can a girl who risks her life for books and an alien who loves forbidden pop music work together to save humanity? This road trip is truly out of this world! A beautiful and thrilling read for fans of Marie Lu and Veronica Roth.

Two years ago, a misunderstanding between the leaders of Earth and the invading Ilori resulted in the deaths of one-third of the world’s population.

Seventeen-year-old Janelle “Ellie” Baker survives in an Ilori-controlled center in New York City. With humans deemed dangerously volatile because of their initial reaction to the invasion, emotional expression can be grounds for execution. Music, art and books are illegal, but Ellie breaks the rules by keeping a secret library. When a book goes missing, Ellie is terrified that the Ilori will track it back to her and kill her.

Born in a lab, M0Rr1S was raised to be emotionless. When he finds Ellie’s illegal library, he’s duty-bound to deliver her for execution. The trouble is, he finds himself drawn to human music and in desperate need of more. They’re both breaking the rules for the love of art—and Ellie inspires the same feelings in him that music does.

Ellie’s—and humanity’s—fate rests in the hands of an alien she should fear. M0Rr1S has a lot of secrets, but also a potential solution—thousands of miles away. The two embark on a wild and dangerous road trip with a bag of books and their favorite albums, all the while creating a story and a song of their own that just might save them both. 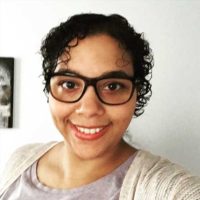 Alechia Dow is a former pastry chef, food critic, culinary teacher, and Youth Services librarian. When not writing YA sci-fi featuring determined black girls (like herself), you can find her having epic dance parties with her daughter, baking, mentoring, or taking teeny adventures around Europe.
Website | Twitter