We have some amazing book giveaways, a freebie, and a sale for you!

Cozy up with these deals! Get TOUCHING FATE by Brenda Drake for 99c, and download BEFORE TOMORROW by Pintip Dunn for FREE! We’re celebrating BEFORE TOMORROW’s release day and TOUCHING FATE’s sale by offering a book giveaway (NO PURCHASE NECESSARY). Ten lucky winners will get their choice of the below referenced Pitch Wars mentors’ books. All you have to do is browse through the list and pick the book you’d want to win and enter the Rafflecopter below. But first, here’s a little something about our books … In a world where all seventeen-year-olds receive a memory from their future selves, Logan Russell’s vision is exactly as he expects — and exactly not. He sees himself achieving his greatest wish of becoming a gold-star swimmer, but strangely enough, the vision also shows him locking eyes with a girl from his past, Callie Stone, and experiencing an overwhelming sense of love and belonging.

Logan’s not sure what the memory means, but soon enough, he learns that his old friend Callie is in trouble. She’s received an atypical memory, one where she commits a crime in the future. According to the law, she must be imprisoned, even though she’s done nothing wrong. Now, Logan must decide if he’ll give up his future as a gold-star swimmer and rescue the literal girl of his dreams. All he’ll have to do is defy Fate.

Pintip is represented by literary agent Beth Miller of Writers House. Her debut novel, FORGET TOMORROW, won the RWA RITA® for Best First Book. Her other novels include THE DARKEST LIE, REMEMBER YESTERDAY, and the forthcoming GIRL IN BETWEEN.

She lives with her husband and children in Maryland. You can learn more about Pintip and her books at www.pintipdunn.com

Aster Layne believes in physics, not psychics. A tarot card reading on the Ocean City Boardwalk should have been a ridiculous, just-for-fun thing. It wasn’t. Aster discovers she has a very unscientific gift—with a simple touch of the cards, she can change a person’s fate.

Reese Van Buren is cursed. Like the kind of old-school, centuries-old curse that runs in royal families. Every firstborn son is doomed to die on his eighteenth birthday—and Reese’s is coming up fast. Bummer. He tries to distract himself from his inevitable death…only to find the one person who can save him.

Aster doesn’t know that the hot Dutch guy she’s just met needs her help–or that he’s about to die.

But worst of all…she doesn’t know that her new gift comes with dark, dark consequences that can harm everyone she loves. 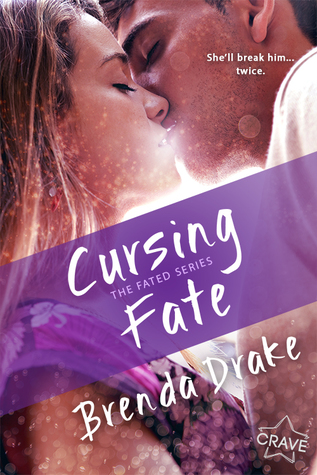 There’s something strange about the Layne sisters, and Wade Diaz wants nothing to do with them. Especially the one who ripped his heart out and set it on fire before tossing it in the garbage several months ago. Iris. He can’t even think her name without unconsciously rubbing the spot in his chest where she left a gaping hole. But now her sisters are claiming some evil spirit is after his soul, and Iris is the only one who can save him. Well, at least his heart would stop hurting, right? Didn’t sound so bad.

Iris Layne has always been the sweet sister. She’s kind to everyone, including her best friend Wade… Until she makes a horrible mistake and breaks his heart. All she wants is to go back to before ‘the dumping’. Of course, Wade would rather see her in hell first. But then Iris touches her sister’s tarot cards and unleashes an evil curse intent on playing a deadly game where no one Iris loves is safe, especially Wade.

How do you convince someone they need your help when you’re the one who hurt them most?