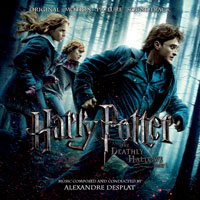 Michael Di Gesu is hosting the Harry Potter Blogfest over at his blog In Time . . .  today go (HERE) to read all the other participants’ entries.

Here’s the rules: “In honor of HP, I would like to have an HP blogfest. In 500 words, I would like you to create a scene with any of the HP characters from any of the seven books. It could be anything you want. Funny, magical, serious, etc. And for an added twist, let’s have it set during the holidays. Christmas or Thanksgiving.”
So here’s mine . . .
I pulled my ball dress through the second floor girl’s bathroom and rushed over to the nearest sink. Romilda Vane trailed in after me.
Grabbing several towels from the dispenser, I glanced into the mirror at Romilda’s reflection. “I can’t believe how clumsy that Weasley boy is,” I said. “He’s ruined my dress with his punch.” I drenched the towels with water and rubbed at the stain.
Romilda frowned at the red stain across the front of my dress. “Ron is such a klutz. Can you believe Harry brought his sister, Ginny, to the Yule Ball when he could have brought me? The girl is as dull as a plain biscuit.”
“Ooooh,” a girl’s voice wailed from one of the stalls.
I spun around. “Moaning Myrtle? Is that you?”
Her ghostly form came through the stall door. “Ooooh, it was dreadful,” she said. “I heard somebody come in, and I didn’t take any notice of it. They stole the Yule decorations that Professor McGonagall put up for me.
Ooooh.”
“You didn’t see anyone take them?” I asked.
“Don’t ask me. Here I am minding my own business, and someone decides to ruin my Yule.” Her lips pulled into a pout. “Oh, hello Romilda, I haven’t seen you in a few days. You haven’t been giving any more boys any love potions lately, have you? I was circling the sink the other day, and I swear I saw you add some to a box of Yule candies. Not being a devious girl again, are you?”
“Oh shut up you ghastly spy,” Romilda snapped. “I’m glad someone took your decorations. Who decorates a bathroom anyhow?” She huffed off, slamming the bathroom door behind her.
“Ooooh,” Myrtle moaned again. “That girl is always so nasty to me.”
The door eased opened. “Is there anyone in there?” Harry called.
“Just us ghosts,” Myrtle said and then looked at me. “Oh, sorry, you’re about as white as one.”
I glared at her. “Thanks.”
“Actually, I meant to ask if you were decent and if I could come in,” Harry added.
“I’m decent, anyhow.” Myrtle giggled.
Harry came around the corner carrying an armful of garland and lights.
“Ooooh, Harry, you found them!” Myrtle flew up to the ceiling and circled around Harry and me. “You’re my most favorite wizard, Harry Potter.”
Hermione shuffled into the restroom with her pink ball gown rustling around her legs. “Oh my, Brenda, Ron wasn’t exaggerating. He did turn your white dress pink.” She pointed her wand at me and said, “Spoticus scrubulus.”
A blue light hit my chest and I glanced down. The red stain was gone.
“Wow, thanks.”
“Ooooh,” Myrtle screeched. “So you weren’t shot in the chest? Drat. I thought I was going to have a new friend.”
“We should be getting back to the ball,” Hermione said, grabbing my arm and leading me to the door. “Happy Christmas, Myrtle.”
“Happy Christmas,” I repeated.
“Yes,” Harry said. “Happy Christmas, Myrtle.”