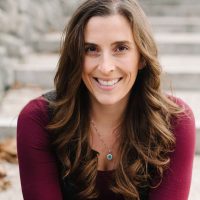 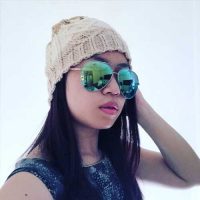 Gladys, why did you choose Gigi?

To this day, I still find this little story hilarious because I would have never imagined myself mentoring a historical fiction story. Zero regrets, though! I actually had on my wishlist something along the lines of, “I might not be the best mentor for a historical setting”, but Gigi messaged me to check if I had any leeway for a historical action/suspense story based on a badass female historical figure. From the little she told me, I was already sold on the concept but had to tone down my response to something only vaguely affirmative.

She also said that I wouldn’t have to worry about fact-checking (the main reason why I was iffy on historical stories) because she’d already consulted experts on the subject matter as well as done other extensive research. That told me a lot about her work ethic and contributed to my decision in the end. A great manuscript to work with is only one half of the mentoring experience. The other half is the mentor-mentee relationship, and I felt like Gigi and I had similar, thorough ways of working that would make us click well in Pitch Wars.

When I read her manuscript, I was so glad she decided to submit to me! I thought that if I, a very picky reader, could get so enthusiastic about this book in a genre I wouldn’t normally read, then there would be so many other people waiting to be blown away by Jeanne de Clisson in BURN IT DOWN.

Gigi, why did you choose to submit to Gladys?

Gladys’ wishlist spoke to me in a big way! She wanted genre-blending cinematic stories with antiheroes/sociopathic main characters, ethical dilemmas, strong friendships, and humorous moments. I felt like she was describing everything I love about my manuscript *and* everything I love about the books I read. The fact that she loves SFF and stories with magic felt like a fit, too, even though the magic in my book is more of the Penn and Teller variety than the Harry Potter variety. I love a good superstition or misdirection.

I also liked that she’d done a little of everything across the publishing spectrum – writing, interning for a lit agency, editing, mentoring, etc.

The biggest yes-I-should-submit-to-her reason, though, was what she said about her mentorship style. She said she wanted to be a cheerleader, a friend, and a nitpicky but motivational coach. That’s what pushed me over the edge. It was exactly what I was looking for from Pitch Wars – no matter what else happens with the manuscript.

The only catch? She didn’t say she wanted historical settings and an element of my novel was on her no-thanks list. Yikes. Luckily, her DMs were open, so I wrote to get some clarification on those two things. A couple quick messages later, she told me to submit if I thought the book was a fit with her wishlist. I’m so glad she did.

Gigi, summarize your book in 3 words.

Gladys, tell us about yourself. Something we may not already know.

I was a writer before I was an editor, but editing comes so much easier to me. It’s like I lead a funny double life – I’m so surgical with my editing, whereas with writing, I am a helpless scribe in the corner writing down the mayhem that my characters cause. I write like a method actor acts – I fully get into character to write and most of the time, I know just as little as them. (It took me a year to figure out how a major off-screen death happened in my story…) I guess the way I write also helps me as an editor, because I can easily pick up when characters are acting “out of character” and when things read like the writer has forced the plot in a certain direction rather than letting things play out naturally.

Gigi, what do you hope to get out of the Pitch Wars experience?

A better book! I knew there was something in the story that wasn’t working, but I didn’t know what it was. I was feeling pretty lost when I entered Pitch Wars. It felt like my last shot to figure this thing out.

Gigi, tell us about yourself! What makes you and your manuscript unique?

Perhaps the most interesting thing about me is that I’ve been traveling full-time, mostly in Europe, with my freelance business and my small dog (Luna) for the last seven years. I’m outdoorsy, a foodie, and a lover of fast-paced novels and weird history. I support myself as a freelance marketing copywriter and content strategist. I’m currently typing these answers in a tiny apartment in Torino, Italy, where – in between brainstorming sessions with Gladys – I’ve been hiking to cathedrals and buying hunks of truffle-infused cheese.

A few years ago, after challenging myself to cycle across France on a vintage bike (a feat that gives a person lots of time to think), I realized just how much I missed writing fiction. It had somehow gotten pushed aside as I pursued my career, and I wanted it back. So I adjusted my freelance schedule and started writing both poetry and fiction again.

This manuscript is based on the true story of Jeanne de Clisson – France’s most notorious female pirate. In 1343, the king betrayed her and beheaded her husband. Jeanne was (understandably) pretty damn mad. So she traded in her castles and noble finery for an army and then a pirate ship, terrorizing France for a good 10 years, allying with their English enemies across the channel, and turning herself into a legend. She’s an incredible badass, and I’m so mad that I never learned about her or her contemporaries in history class. So I decided to do my best to get her story into the world.