Pitch Wars Success Story with J. A. Crawford and his Mentor, Gigi Pandian 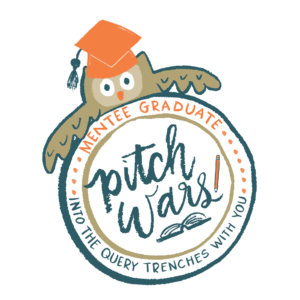 We’re back with another Pitch Wars Success Story! Please join us in congratulating J. A. Crawford and his mentor, Gigi Pandian! J.A.’s book JOVE BRAND IS NEAR DEATH releases from CamCat Books on July 13, 2021. We’re so excited for them! 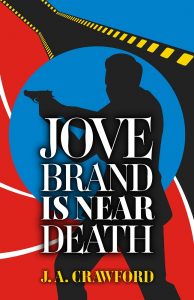 REVIEWS:
“[A] nicely plotted debut . . . Readers will have fun spotting the real-life inspirations for the characters, and the authentically described fight scenes will please martial arts enthusiasts. Hopefully, Ken will be back soon for a sequel.” —Publishers Weekly “J. A. Crawford’s debut is a pitch-perfect combination of action, mystery, and humor.” —Anthony Award-winning author Gigi Pandian
BOOK SUMMARY:
The name is Allen. Ken Allen.
Eighteen years ago, Ken Allen played the famous fictional superspy Jove Brand in Near Death, one of the worst movies ever made. To this day Ken struggles to make peace with the cult performance that turned him into a walking punchline. He is the Sensei to the Stars, a gig reminding him every day that he has not yet made it in Hollywood and never will.
When the current Jove Brand is murdered, Ken is cast as the prime suspect. Armed with encyclopedic knowledge of the franchise he failed, the only way for Ken to prove his innocence is to go full method and play the part of Jove Brand for real.
Fighting to clear his name as people involved with the franchise turn up dead one by one, Ken confronts Chinese film moguls, Russian oligarchs, and the dowager queen of the Jove Brand series, all of whom dwell in the elaborate lairs and will do anything to secure the rights to the multi-billion-dollar series.
How long can Ken hide the dark secret behind Near Death?
AUTHOR BIO:
Born near Detroit, J. A. Crawford wanted to grow up to be a superhero. He was the first in his family to escape the factory line for college and studied Criminal Justice at Wayne State University, specializing in criminal procedure and interrogation.
Despite what his family thinks, J. A. is not a spy. When he isn’t writing, he travels the country investigating disaster sites. Before that, he taught Criminal Justice, Montessori Kindergarten, and several martial arts. J. A. is a Pitchwars alum.
J. A. splits his time between Michigan and California. He is married to his first and biggest fan, who is not allowed to bring home any more pets. Check in on J. A. Crawford at www.jacrawford.net.
Thank you for stopping by and supporting our mentors and mentees!