An event as big as this requires many people working behind the scenes to pull off. In order to open the contest up to more submissions, we kidnapped bribed asked some awesome slush readers to back us up. They’ll be up to the ears in entries, searching for the gems and making dreams come true. There’s been a lot of success in our prior contests. Could you be next?
Make sure to show our readers some love in the comments and by following their blogs and twitter handles. They may recognize your name in the slush (Ha! Kidding. Shameless way to encourage comments). No seriously, only the best of the best entries will make it into the game.
Introducing our readers…
KT Hanna
Blog
Twitter

KT nabbed her agent, Judith Engracia with the Liza Dawson Associates, in last March’s Pitch Madness. KT loves singing and writing music, but above everything else she loves writing. From science fiction to fantasy to horror. She’s dabbled in it all and her plotbunnies run around and multiply at will. One of her friends has forbidden her from reading a dictionary, since usually, just one word sets her off. At the moment she has a completed trilogy in draft, with the first book in the series complete.The  TDP Trilogy is a YA science fiction series set in the Distant future. It includes mind manipulation, hybrid technology and alien parasites.

Becca (Becks) Coffindaffer
Blog
Twitter
Becks not only is a professional copy editor, she is also an aspiring author of YA fantasy, specifically contemporary fantasy and not-so-much of the urban variety since she’s not terribly urban herself, although like most writers she doesn’t really limit her ideas to one sub-genre. She has a creative writing major from K-State University. And she’s co-authoring an exciting new project with Brenda Drake. 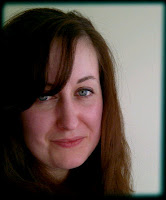 Stephanie Diaz
Blog
Twitter
Stephanie grew up in sunny San Diego, wishing for rain. She currently studies film production at San Diego State University, but spends most of her study time writing novels. Someday, she would like to hike the trail to Mount Doom. Her work is represented by Alison Fargis of Stonesong.

Dee is a mom, teacher, MG writer, educational freelance writer, blogger. She says kids really do bring apples to their teachers, but they also bring you their smiles, laughter, pride, and sense of wonder- because you inspire them. That’s why she loves being a teacher. That’s why she writes. And she’s repped by Kerry Sparks of the Levine Greenberg Literary Agency.

Summer Heacock
Blog
Twitter
Summer is an aspiring author and avid reader. Her alter ego is Fizzygrrl. She’s Super Mommy, Epic Wifey, lover of candy, and geeky things. She’s like a Disney cartoon that says the ‘F’ word a lot.

My co-hosts and final readers…


That’s it. Come back September 5 and meet the agents.