Thursday, 8 March 2012  |  Posted by Brenda Drake
We’ve finished reading through the entries for the March Madness Agent Pitch Match, and I wanted to do a post about rejection and what it means to me. Some of you may have heard that after many years, and several bad manuscripts, I’m an agented writer. Those years were quite difficult at times, but they were also filled with joyful moments.
I’ve queried and entered contests throughout the years. I’ve received requests and made it into the final rounds of contests. I’ve been rejected more times than I like to count. I would do it again. Why? Well, it’s my journey. It’s in the rejections that I discovered my weaknesses. It’s the rejections that made me tougher. Because of those rejections, I also became humble and more compassionate. I know how it feels to get that “no thank you”. And I know how some of you (138 to be exact) will feel when you don’t see your entry make it into the final agent round. (We had three submission times and accepted fifty entries each, plus those who were in our February workshop who submitted prior to the start of the contest, which gave us 198 entries.)
We had four readers. All with different tastes, yet similar too. As you’ve heard before, likes are subjective. And they are. There were some entries that I loved but didn’t make it to the final round. Some made it that I had passed on. Am I mad? No. Disappointed? Yes, a little. But I understand that not everyone will like what I do.You all should be proud. It was a hard decision and tons of you made it into the contenders’ round.
Then there were the mistakes. Make sure that you follow the rules of a contest and that your spelling and grammar shine before sending your entry in.
Then there were the agents’ tastes. While reading, we kept in mind what the agents liked. So, if you had a Paranormal story, you were up against a larger batch of entries then say a contemporary.
If you didn’t make it into the final round, don’t give up. Keep writing. There will be other contests. And you should keep putting yourself out there. Get critiques. Learn your weaknesses. Know that it may just be the story and not your writing. There are A LOT of Paranormal and Dystopians out there, so yours has to shine and have a unique twist to get past the slush.
I love this community. I love how you’re willing to help each other. And I know you all will be as happy as I am for your fellow writers who made it into the final round.
With that said, I’m participating in another contest with Krista Van Dolzer (@KristaVanDolzer), CupidsLC (@CupidsLC) , and Monica B.W. (@Monica_BW)  in May. It’s The Writer’s Voice. We’ll be choosing teams and coaching them to go up against agents, so check back for details soon.
If you’d like me to do another workshop, let me know in the comments below. Depending on the responses, I was thinking of an intense one in April. 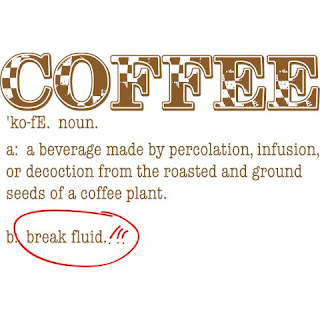