It Was a Dark and Stormy Blogfest Contest – WE HAVE WINNERS! 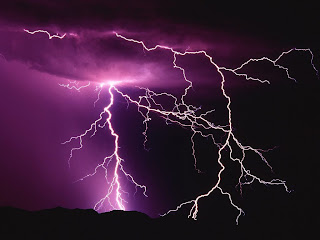 We have winners!
(actually you all are winners – read on to see why)
Wow, just wow! You all amaze me with your kind words and generous hearts toward your fellow writers. Though I may not have gotten to comment on all your blogs, I did hop around and read lines and comments. We had a few glitches that I feel were straightened out quickly, and regardless of which post you posted your entry on it was read by our fabulous agent judge Weronika Janczuk with D4EO Literary Agency. Go follow her here and here  and here and if you want to learn more about D4EO Literary Agency go here.

A few things before I turn it over to Weronika, go to the DNA Writers’ blog here to see who won the followers’ prize and don’t forget to follow me. I will be giving away gifts on the days that are special to me during my birthday month of March. The first prize will be on my son’s birthday, March 1st. And you don’t have to do anything other than follow me to be entered.
With that said, I turn the blog over to Weronkia *the crowd erupts with applause and cheers.*


MESSAGE FROM THE JUDGE
One thing that everyone should keep in mind is that first lines are terribly difficult to judge—there are too many factors at work for me to consider every one of them. In many instances, the first line isn’t spectacular, but it fits perfectly into a spectacular first paragraph, etc.
I judged these first lines objectively, in a vacuum, you could say—what first lines left me breathless or particularly curious or were superbly impressive in comparison to the others? I’m sure that many of you have wonderful manuscripts, and this isn’t a judgment about the quality of your writing or your manuscript.
Some suggestions: Don’t force multiple phrases in one sentence if they don’t work together. Watch out for too many adverbs and/or adjectives. Read your sentences out loud; check for rhythm and flow. Be wary of clichés. Be wary of trying to force tension by telling the reader something without showing it—it’s not as effective. Most importantly, trust your gut.
Below are winners. I ask that they email me at weronika(at)d4eo(dot)com with CRITIQUE – DARK AND STORMY BLOGFEST in the subject line, pages and queries attached as Word documents (and if you won a critique of both, please send them in separate documents).
Everyone else, feel free to query me! (I am closed temporarily to queries in general, but contest participants are an exception.) Send your query and the first ten pages in the body of an email to the address above, with QUERY – DARK AND STORMY BLOGFEST in the subject line.
If there are any questions, please ask them in the comments. I’ll check in for the next day or two.
Here goes!
FIRST PLACE—critique of first 50 + query
Name: Tabitha Bird
Title: The exquisiteness of broken glass
Genre: Women’s fiction
One thousand black birds dropped from the sky the night I was born.
SECOND PLACE—critique of first 25 + query
Name: Sam Witt
Title: The Bleeding Cure
Genre: Horror
Real friends are up for a kidnapping and won’t complain too much when you get down to the bloodletting.
THIRD PLACE—critique of first 10 + query
Name: Taryn
Title: Splashback
Genre: YA Contemp
The Sour Patch Kids in the bottom of Heidi Maverick’s sparkly clutch probably bothered him the most.
HONORABLE MENTIONS—critique of query
Name: Christi Corbett
Title: Along the Way Home
Genre: Historical Fiction
Every Wednesday Kate stood on the same front porch, her knuckles poised inches from the door, willing herself to finally do the unthinkable–walk away without knocking.
Name: Kathryn Jankowski
Title: WORSE THAN WICKED
Genre: MG fantasy adventure
Any other morning, one of the scavengers sifting through the white sands of Palanga would have found the jewel first, but today Roze arrived at the beach before dawn.
Name: Heather McCorkle
Title: The First Dragonwatcher
Genre YA Fantasy
Chemier loved it when people ran; it made the hunt that much sweeter.
Name: Stephanie Thornton
Title: Mistress of Byzantium
Genre: Historical Fiction
My life began the night my father died.
Name: Vicki Tremper
Title: Kwizera Means Hope
Genre: YA
I did not want to pick tea for a living.
Name: A.L. Sonnichsen
Title: Seagull Rising
Genre: Contemporary YA
Give me a well-sharpened knife.
Name: RJ Dreyer
Title: Thorn
Genre: YA Fantasy
If you saw her, you would think there was no greater joy than to stand on a roof during a storm.
Name: Nicole Wolverton
Title: Between Seasons
Genre: Commercial Fiction
Anyone who thought dying comes easy had shit for brains.
Happy Valentine’s Day!