Get to know the Pitch Wars Mentors Mini Interviews . . . No. 12 Young Adult

From June 27th through July 18th, we’ll be posting mini-interviews with most of the Pitch Wars mentors so you can get to know them. Many of the mentors also hang out on twitter. Follow the links to their Twitter accounts and say hello. They’ll be on the #PitchWars hashtag tweeting advice and answering questions.

We will also host live chats from July 19th through August 2nd, and the Pitch Wars submission window will open on August 3rd!

We asked our mentors to answer these three questions …

1. What are you looking for in a submission and what would you forgive as far as issues in the sample pages? In other words, what do you feel is an easy fix and what would be a pass for you?

2. What is your editing style and do you have a game plan to tackle edits with your mentee in the two months given for the contest?

3. And lastly, what is your all-time favorite book and how did it inspire your writing?

And here are their answers … 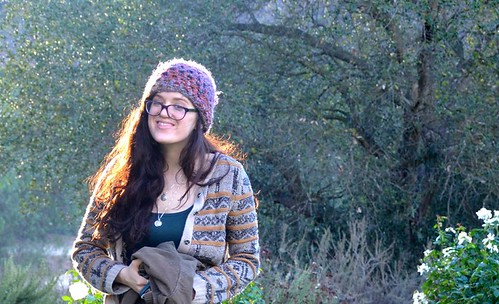 Heather was born and raised in Southern California, but can’t admit this without insisting she spent a chunk of her teens in Colorado Springs. Despite considering herself a high school drop out, she earned her BA from Colorado College and spent two years as a grad student at the University of Alaska-Fairbanks. Most frequently, she teaches college composition, bemoans the mild winters, and writes while on a bouncy yoga ball. She is represented by Sarah Davies at Greenhouse Literary Agency.

ONE: I’m looking for characters that both enrage and swoon me, a voice that sticks in my head days after reading, and stakes that make me feel the need to sprint up and down my street to tame my anxiety. This doesn’t mean that a bomb must be dropped in the first page! Rather, through the query and sample pages, I want to feel–however subtly–that there is far more to the story than I’m initially seeing. I love, love, love strong settings: take me to where your story is, however mundane or painful, let me see it and feel it and live it. I have an affinity for unreliable narrators and odd structures (though both can be tricky to master!), and, oh goodness, yes, lyrical prose.

Potentially easy fixes: grammar mistakes, underdeveloped side characters or that sense of place I so hanker for, lackluster pacing and waffly prose.

You’re likely to lose me as a reader if I don’t connect with your protagonist and I don’t feel there is true forward momentum. Above all, I must care.

TWO: I aim to have a full edit letter and line notes back to you ASAP. I won’t hold back on letting you know what’s not working, but I’ll never demand you make a specific change and will support your chosen direction. Ultimately, I hope to trigger more questions that open up the meat of the story and the heart of your characters.

I’ve worked as a writing tutor, a college composition instructor, and have also been on the receiving end of intensive feedback: so my approach is both thorough and holistic. That said, it’ll also depend on your approach to revision! I expect we’ll focus first on big picture issues and, as the weeks go on, narrow in on the smaller potatoes. I’ll absolutely be available for weekly (if not more frequent) chats for brainstorming, ranting, whatever!

I will challenge you. I will send long emails and fill up your Word document with notes of both support and suggestion and jokes. I will be your book’s champion. I will happily read new scenes and hopefully have the opportunity to complete a second read-through before the agent round.

THREE:  I always go back to White Oleander by Janet Fitch. I read it at fourteen and was mesmerized by the way in which the setting–Los Angeles–was embedded into the story and the prose. I haven’t been the same writer since! Fitch’s second novel, Paint it Black, also deeply influenced me with its unflinching grit and remarkably broken characters.

Helene Dunbar is the author of THESE GENTLE WOUNDS (Flux, 2014), WHAT REMAINS (Flux, 2015) and BOOMERANG (coming from Sky Pony in 2017). Over the years, she’s worked as a drama critic, journalist, and marketing manager, and has written on topics as diverse as Irish music, court cases, theater, and Native American Indian tribes. She lives in Nashville with her husband and daughter and exists on a steady diet of readers’ tears.

Beth Hull has a BA in English with an emphasis in Creative Writing, an MA in Linguistics, and she taught high school for two years. She is a member of the SCBWI, and she has published short stories in Bourbon Penn and the YA podcast magazine Cast of Wonders. Beth lives in northern California with her family, where she works as a freelance writer and editor.

ONE for Helene: I’m looking for a voice that sucks me in; for a plot that maybe I haven’t seen before. Make me feel something. Easy fixes are: emotions and sensory devices being there, but not pushed far enough. Major plot restructures aren’t my forte.

ONE for Beth: I’m also pulled in by voice. Most of the time, genre and category don’t matter to me nearly as much as instantly connecting with a character. Part of this is the character’s voice, part of it is their story. Easy fixes are things like not starting in the perfect place, or not having the best balance between action and interiority. A pass for me would be a lack of energy on the page, because that’s not something I can do for another writer—that passion and electricity have to come from within.

TWO for Helene: My editing style and game plans are dictated by the manuscript. I intend to dive in as I do with my crit partner’s book and start with looking at what is already there and moving outward.

TWO for Beth: I like looking at the big picture first, but often big picture issues are solved while working on finer points of character and scene. I generally won’t look at specifics of line editing until a second (or third) revision, but sometimes I can’t resist.

THREE for Helene: My all-time favorite book is Brideshead Revisited by Evelyn Waugh. It’s filled with complex characters who leave you wanting more. And it deals with some pretty stacked topics: religion, class structure, family dynamics. I learned a lot about character development from Brideshead and a lot about reader’s desires versus what’s best for the book. I always wanted more Sebastian, but….I’m not sure that’s a bad thing.

THREE for Beth: I’ve always loved The Handmaid’s Tale by Margaret Atwood, because it’s literary and it’s speculative fiction; it was a revelation to me when I first read it that both of these things could be accomplished in the same work, with some poignant commentary on society thrown in for good measure.

Isabel Davis was born and raised in south Florida, and currently lives in Winter Park running her stationery and design company, 9th Letter Press. She graduated from UCF (go knights) with degrees in Creative Writing and History. She loves telling and writing tall tales and reading on a daily basis. 🙂

ONE: I’m looking for strong writing with a clear and distinct voice. I want to be pulled into the story right away—make it hard for me to stop reading! I’m drawn to well built worlds and tales about strong heroines, packed with adventure and perfect pacing. Plot tangles can be smoothed out, characters can easily be fleshed out, and unique details can enhance a world. I think I’d pass if the writing just isn’t there yet. It’s clunky, cliche prose on every page that hinders the voice. Tackling something like a writer’s style, how they form their sentences and tell their stories would be something hard to fix under two months.

TWO: Oh, I have a game plan! 🙂 The first thing I’ll do is carefully read the manuscript. I’ll sprinkle my comments throughout the novel and once I’m done, I’ll write a detailed editorial letter. I’ll tackle any areas in the story that I think need work. Depending on the MS, this could be plot, pacing, character development, tension, etc. My edits balance what’s working and what isn’t, encouraging but super honest. I won’t hold back but you can count on polite and constructive feedback. Once my mentee has gone through his/her revision, I’ll do another read through and offer any last minute suggestions before the agent round. At any point in the process, my mentee is welcome to email me with questions or any concerns they may have!

THREE: What a tough question, good grief! My favorite book(s) of all time is the Harry Potter series. Those books taught me the importance of world building, of adding layers to the narrative. It isn’t just what your character is seeing. It’s what they’re smelling, eating, etc.

Thank you, mentors, for your marvelous answers. We appreciate you so much!