EYES OF THE SEER … giveaway

Wednesday, 30 May 2012  |  Posted by Brenda Drake
I’m excited to give away an eBook copy of  EYES OF THE SEER. All you have to do is leave a post comment below. Tell us, what would you do with the gift of “sight” and could sense things before they happened?

Here’s something about the story… 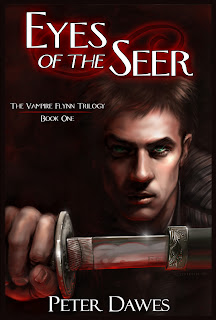 Description: It all started with a murder. Two victims lay dead at the hands of Peter Dawes, but what laid in wait for him was not the sound of sirens or the banging of a gavel. It would turn a doctor into a killer and a man into a monster.

Follow Peter as he exchanges his blood-stained clothing for tailored suits, his scalpel for fine-crafted daggers, and is reinvented as the newest vampire-child in a coven of decadent sophisticates. He even takes on the name ‘Flynn’ – a child of red – in honor of his new-found devilish side and to further distance himself from his human past.

For four years, Flynn embodies every bit the bloody immortal he was sired to become. Under the reign of his maker, Sabrina, he establishes a reputation as the most feared assassin to ever terrorize the covens of Philadelphia. But the surefooted-steps and quick hands that make him a virtuoso when it comes to killing humans and vampires alike are attributes of the mortal destiny which haunts him even beyond death. And despite all efforts, Peter’s humanity is not as dead as some would prefer.

On the verge of completing their vie for power, Sabrina’s ‘dark-killer’ will suddenly find himself wrestling his devotion to his mistress when an impish sorceress named Monica awakens the hidden powers he was destined to possess. In this world of macabre and shrewdly practical immortal beings, will Flynn’s supernatural gifts be used to orchestrate the wicked deeds of his maker? Or can the cold-blooded nature of a vampire be warmed by the compassion of a Seer?

Make sure to check out the second book in the series, REBIRTH OF THE SEER, which comes out July 25, 2012… 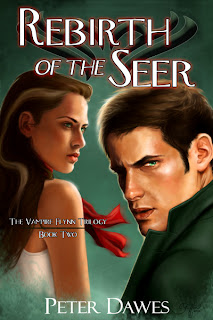 Come back soon to learn about some exciting events brewing in the blog pot. It’s going to be great!