Michelle Hauck lives in the bustling metropolis of northern Indiana with her hubby and two college kids. Besides working with special needs children by day, she writes all sorts of fantasy, giving her imagination free range. She is a co-host of the yearly query contests Query Kombat, Nightmare on Query Street, New Agent, Picture Book Party, and Sun versus Snow. Her Birth of Saints trilogy from Harper Voyager starts with GRUDGING and FAITHFUL on November 15, 2016. She has another epic fantasy entitled KINDAR’S CURE.

“How many of those CDs do you have at home?” Nomi asks when we proceed on. (I’m going to assume this is the opening scene for this critique. I have to give a warning that opening with dialogue is usually considered a bad idea. Also I’m not sure what the characters are doing or talking about for several paragraphs and that’s rather a turn off, at least for me. There’s really no need to be mysterious about the setting or their conversation. Save the mystery for more important matters. A brief set-up so we know what’s happening would be helpful. Maybe a quick description of the sun on the water and sand spilling onto the boardwalk. Plus, “proceed” is an odd choice as we don’t know what they are proceeding with. Cards? Drinking? My guess was walking and it turned out to be correct. Maybe change to something like: Nomi asks as we walk arm in arm. The sun cast sparkling reflections on the ocean and the salty breeze tickles my nose. Something to give us an idea of what’s happening.)

“What do you mean? As of this one, I have this one.” (I’d try and reword so you don’t repeat the word “one.” Using fresh words makes writing more interesting. Also it seems like you are trying too hard to hide what they are talking about and it made the sentence awkward.)

She bumps me with her shoulder, giving (To eliminate repeating “with.”) with a knowing laugh. “No, silly. How many of these have you bought from people and never listened to again?” (With dialogue you really want to eliminate any excess words because people are lazy. They take as many shortcuts as possible when speaking. It will seem more natural with your writing if you do the same.)

“I’ve listened to every one of them,” I tell her, picturing picture the neatly stacked impulse-buy dust collectors next to my CD player. (You don’t really need a tag here. And now we see what they are talking about, but not where they are or what they are doing.)

Caught. Crap, Nomi knows me too well. (Here’s a great place for some inner thoughts that can make us like the character better. Inner thoughts are terrific for helping show the character. Plus, later in the scene, the MC is worried about being caught. It’s a nice irony if she is caught here.)

“Think Starcia’s up?” I ask, playfully changing the topic. (I’d include a sentence about Starcia and their relationship to her. Such as: Starcia has been the late sleeper of our group since sixth grade.)

We walk a few steps to a low whitewashed wall separating the boardwalk from the beach and sit., and  (It just felt cluttered with two “and” so close to each other.) I pull out my cell phone, pulling my hair behind my ear to keep it out of my face and dialing the number to her cell. (It’s often best to avoid sort of step-by-step directions of their movements. Give us just enough to picture it. I jam my hair behind my ear as I hit speed dial.)

She picks up on the third ring. “Hello?”

“Hello, sleepyhead. Up to join us?”

“Hey, I was just about to call you. Where you at?”

“We’re…”, I start, glancing around, looking for landmarks, and then spot a boat towing someone with a parachute. “We’re about a quarter mile down the boardwalk, near the entrance to the beach with the parasailing. Just come out of the hotel and turn right.”

At the mention, my stomach wakes up like a cat that just heard the can opener. “Are you hungry?”

Right ahead of us is a fun-looking sandwich place, and I make a wordless suggestion point to it. Nomi nods. She agrees. “Meet us at Pirate Bob’s Submarines.”

I hang up, and Nomi and I head over there and get a table just out of the sun. (Here’s a good spot to maybe let us know how long they’ve been there. For example: It would be stupid to get sunburned on our first day of vacation.)  Ten minutes later, and we’re a good way into our beer and salsa when my cell rings. Nomi makes a goofy face at me and I pick up without looking. “Need directions?”

There’s silence at first, then, “Hello, is this… is this Eyrtena?”

I don’t recognize the voice. “Yes?”

“Hello, Eyrtena. It’s nice to finally speak to you. I’ve heard a lot about you.”

My eyes shoot to Nomi’s, who’s staring right at me, and my heart thumps in my chest. You’re a Succubus. You can’t fraternize with humans — it’s forbidden, her voice words from a party a few days ago reminds me at the party where we were celebrating Nomi’s new job as an Enforcer. (This is rather jarring and abrupt—mainly because there is nothing so far to indicate they aren’t human. Everything about them is very human—talking about cats, CDs, being hungry, owning phones. Maybe up above there could be some clues. Such as where the parasailing is mentioned. They could look down on that as a quaint human occupation or something. Or maybe going into the sun will do worse than give them a sunburn.)

I could be in real trouble. I don’t want to have to can’t afford to explain why David’s sister is calling me, and I try to play it off (Unclear. Play it off to whom? To Bridgette? To Nomi? To someone else who may be listening on her phone? It would be excellent if it’s Nomi and she has to be careful of her own friend.) , while making a mental note to grill David for about how his sister got my private number.

My hand grips the phone tighter. “What’s going on?” (I’m not sure why she suspects something is going on. Bridgette seemed utterly calm about the call so far. I didn’t notice any clues from Bridgette that could lead Eyrtena to suspect anything is going on.)

She makes a grating high-pitched squeak, like the sound of rubbing a balloon. “David’s dead.” (Great cliffhanger! But if her brother is dead, I’m not getting why Bridgette was speaking so calmly above. Why would she say “It’s nice to finally speak to you. I’ve heard a lot about you.” Seems more like she would burst out with the bad news or act more frantic.)

I really like how the story ramps up quickly near the end of the piece. You have great cliffhanger potential with dead David. I would orient the reader more quickly as to where they are and what their conversation is about in the beginning. I would lay a few hints sooner that Erytena and her friends aren’t human. I would consider changing Bridgette’s tone to something more urgent to match what she says at the end. It was a pleasure reading your sample and I hope this helps and gives you some ideas.

Thank you, Michelle, for your critique. Interested in more 500 word voice workshops? Come back tomorrow for two more critiques. And get ready! The Pitch Wars Mentor Wishlist Blog Hop starts July 20 with the Pitch Wars submission window opening on August 3. 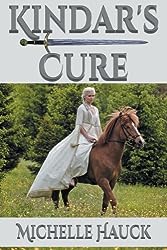