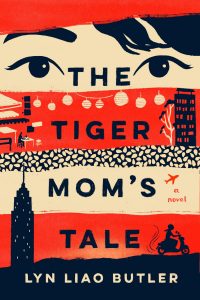 A woman confronts the scars of her past in order to embrace her true identity in this stunning debut by Lyn Liao Butler.

Lexa Thomas has never quite fit in. Having grown up in a family of blondes while more closely resembling Constance Wu, she’s neither white enough nor Asian enough. Visiting her father in Taiwan as a child, Lexa thought she’d finally found a place where she belonged. But that was years ago, and even there, some never truly considered her to be Taiwanese.

When her estranged father dies unexpectedly, leaving the fate of his Taiwanese family in Lexa’s hands, her safe life in New York City is no longer enough. She is faced with the choice to return to Taiwan and claim her place in her heritage . . . or leave her Taiwanese family to lose their home for good.

Armed with the advice of two half-sisters (one American and the other Taiwanese who can’t stand each other), a mother who has had a recent change in sexual orientation, and a man whose kisses make her walk into walls, Lexa finally confronts the person who drove her away from Taiwan all those decades ago. As the truth of the last fateful summer in Taiwan slowly unfolds, Lexa must stand up for herself and open her heart to family and love, or allow the repercussions of her family’s choices to forever dictate the path of her life. 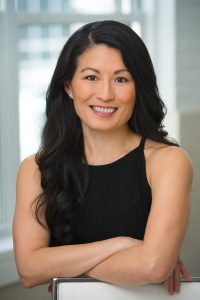 Lyn Liao Butler was born in Taiwan and moved to the States when she was seven. In her past and present lives, she has been: a concert pianist, a professional ballet and modern dancer, a gym and fitness studio owner, a certified personal trainer and fitness instructor, an RYT-200 hour certified yoga instructor, a purse designer and most recently, author of multi-cultural fiction. Her mother swears she was not a Tiger Mom to Lyn. Lyn came about her over-achieving all by herself.

Having lived in New York City for over a decade, Lyn fled for the peace and quiet of the suburbs when she married her FDNY husband. She now resides on a lake with her Fireman, their son (the happiest little boy in the world) and their two stubborn dachshunds, Pinot and Lokie. When she is not torturing clients or talking to imaginary characters, Lyn enjoys cooking, sewing purses for her Etsy shop, spending time with her family and trying crazy yoga poses on her stand-up paddleboard. So far, she has not fallen into the water yet.