Win a Hard Cover of PERSUASION by Martina Boone … out now!

I am so excited for the release of Martina Boone’s PERSUASION. The first in the book is such a fantastic read, I can’t wait to continue on with Barrie’s journey. Many talk about my contests and I’m not sure everyone knows that I used to enter contests when I was starting out. Martina was the first person to give me a critique through Adventures In YA Publishing and I’ve been a big fan ever since. She’s one of the original writers to offer a place for critique and agent contests.  To celebrate, I’m giving away a hard cover copy of PERSUASION. Enter the Rafflecopter below for a chance to win. And check out Martina, she’s one of the absolute best person I’ve ever met.

Grieving the death of her godfather and haunted by her cousin Cassie’s betrayal, Barrie returns from a trip to San Francisco to find the Watson plantation besieged by reporters and ghost-hunters. Some are hoping to see the ancient spirit who sets the river on fire each night, while others are chasing rumors of a stolen shipment of Civil War gold that may be hidden at Colesworth Place. Chaos descends as Cassie hires a team of archeologists to excavate beneath the mansion ruins. But more is buried there than treasure.

A mysterious, magical man appears at Watson’s Landing, claiming the key to the Watson and Beaufort gifts and the Colesworth curse also lies beneath the mansion. With a mix of threats and promises, he engages Barrie and Cassie in a midnight visit, but the spell he conjurs has potentially deadly consequences.

While Barrie and dreamy Eight Beaufort struggle to make sense of the escalating danger and their growing feelings for each other, Barrie has to figure out not only whom to trust, but which gift is more reliable—Eight’s or her own. With millions of dollars and the fate of the founding families at stake, she must choose between what she feels deep in her heart and what will keep her loved ones safe. 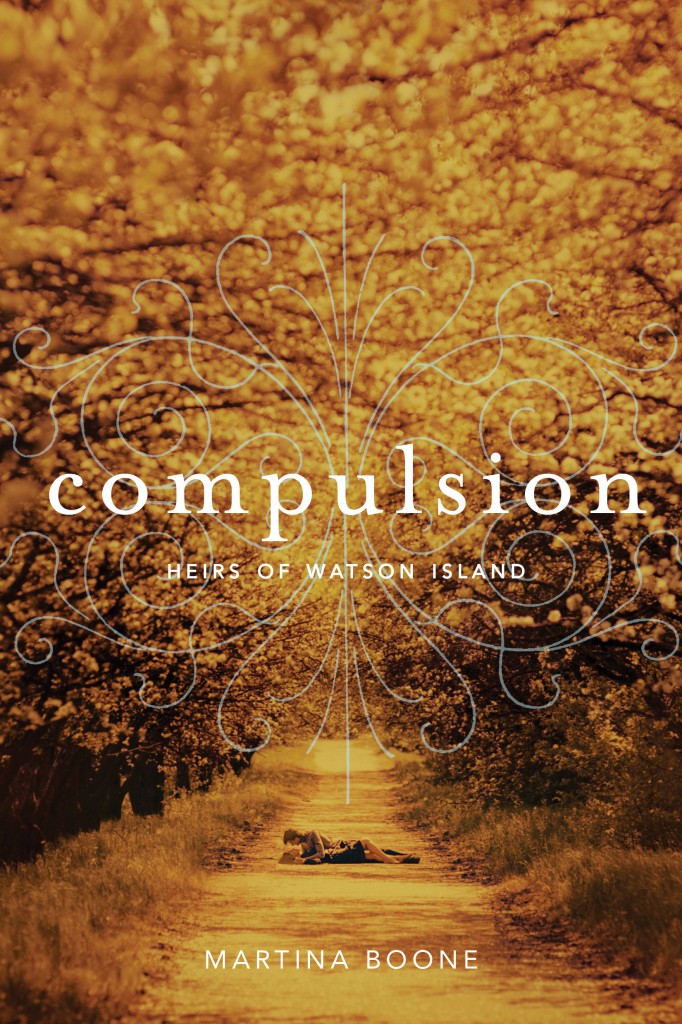 All her life, Barrie Watson has been a virtual prisoner in the house where she lives with her shut-in mother. When her mother dies, Barrie promises to put some mileage on her stiletto heels. But she finds a new kind of prison at her aunt’s South Carolina plantation instead–a prison guarded by an ancient spirit who long ago cursed one of the three founding families of Watson Island and gave the others magical gifts that became compulsions.

Stuck with the ghosts of a generations-old feud and hunted by forces she cannot see, Barrie must find a way to break free of the family legacy. With the help of sun-kissed Eight Beaufort, who knows what Barrie wants before she knows herself, the last Watson heir starts to unravel her family’s twisted secrets. What she finds is dangerous: a love she never expected, a river that turns to fire at midnight, a gorgeous cousin who isn’t what she seems, and very real enemies who want both Eight and Barrie dead.

Or order anywhere, some easy links include:

Martina Boone was born in Prague and spoke several languages before learning English. She fell in love with words and never stopped delighting in them. She’s the author of SIBA Book Award nominated Compulsion, book one in the romantic Southern Gothic trilogy, the Heirs of Watson Island, which was an Okra Pick by the Southern Independent Bookstores Alliance, a Kansas State Reading Circle selection, a Goodreads Best Book of the Month and YA Best Book of the Month, and an RT Magazine Best of 2014 Editor’s Pick. The second book in the trilogy, Persuasion, will be published in October 2015.

She’s also the founder of AdventuresInYAPublishing.com, a three-time Writer’s Digest 101 Best Websites for Writers site, the CompulsionForReading.com book drive campaign for underfunded schools and libraries, and YASeriesInsiders.com, a site devoted to the discovery and celebration of young adult literature and encouraging literacy through YA series. She is also a founder and permanent mentor at 1st5PagesWritingWorkshop.com, helping to shepherd aspiring writers into the publication process and help them find the right starting point for their novels in progress, Locally in her home state of Virginia, she is on the board of the Literacy Council of Northern Virginia, helping to promote literacy and adult education initiatives.

She lives with her husband, children, and a lopsided cat, she enjoys writing contemporary fantasy set in the kinds of magical places she’d love to visit. When she isn’t writing, she’s addicted to travel, horses, skiing, chocolate flavored tea, and anything with Nutella on it.