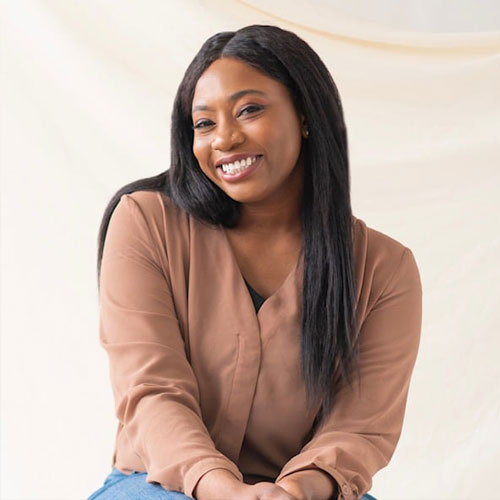 Hannah V. Sawyerr is a Sierra Leonean-American writer with a passion for people and poetry. For Hannah’s literary and community involvement, she was recognized as the 2016 Youth Poet Laureate of Baltimore, an honor awarded by DewMore Baltimore, the Baltimore Mayor’s Office, Urban Word NYC, and Enoch Pratt Libraries. Her spoken word has been featured on the British Broadcasting Channel’s (BBC) “World Have Your Say” program, as well as the National Education Association’s “Do You Hear Us” Campaign. Her written word has been featured in several publications such as ROOKIE, Sesi Mag, Gal-Dem, and more. In 2020 she was a Young Adult Pitch Wars Mentee and currently, she is earning her M.F.A. in Creative Writing at The New School.

Clap When You Land by Elizabeth Acevedo
Salvage The Bones by Jesmyn Ward
House On Mango Street by Sandra Cisneros
Long Way Down by Jason Reynolds
Monday's Not Coming by Tiffany D. Jackson