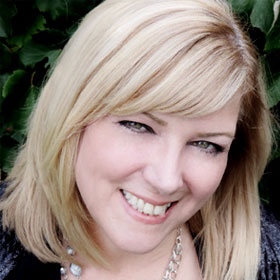 Brenda Drake is the New York Times bestselling author of THIEF OF LIES, GUARDIAN OF SECRETS, and ASSASSIN OF TRUTHS of the Library Jumpers series, the Fated series, and THUNDERSTRUCK. Look for her upcoming release, ANALIESE RISING, coming January 8, 2019. She grew up the youngest of three children, an Air Force brat, and the continual new kid at school. She’s the founder of Pitch Wars and #PitMad. When she’s not writing or hanging out with her family, she haunts libraries, bookstores, and coffee shops, or reads someplace quiet and not at all exotic (much to her disappointment).

Brenda is represented by Peter Knapp at The Park Literary Group. 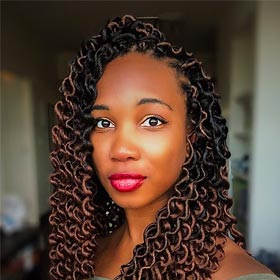 Ayana Gray is a young adult fantasy author with a passion for stories steeped in #blackgirlmagic in all its forms. An Atlanta native now living in the Sunshine State, when she’s not reading or writing, you can probably find her portrait sketching, watching a documentary about something dark, or traveling the world with her husband! She is currently represented by Pete Knapp of Park & Fine Literary and Media. 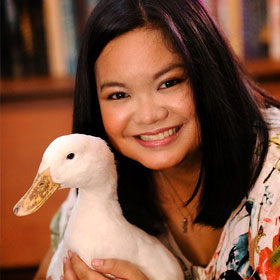 Gail D. Villanueva is a Filipino author and web designer born and based in the Philippines. She has 25+ years of web design and development experience under her belt, and runs a home-based creative agency with her husband in the outskirts of Manila. Her writing is represented by Alyssa Eisner Henkin of Birch Path Literary. Gail is the author of SUGAR AND SPITE (Scholastic, 2021). Her debut novel, MY FATE ACCORDING TO THE BUTTERFLY (Scholastic, 2019), was a 2019 Kirkus Best Book of the Year, an Amazon Best Book of the Month Editor’s Pick, and an NCSS-CBC Notable Social Studies Trade Book for Young People. She was selected as a Pitch Madness participant in 2015, and was a Pitch Wars mentor in 2017 and 2020. 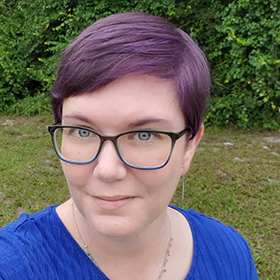 Sarah Nicolas is a recovering mechanical engineer, library event planner, and author. They are the author of Keeping Her Secret. Sarah has published both traditionally and independently, and has also worked in the publishing industry in multiple roles. Sarah’s been a Pitch Wars mentor since 2012. They write for Book Riot and are the host/producer of PubTalk Live, AgentChat Live, and Queries, Qualms, & Quirks. 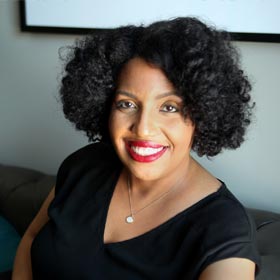 Kellye Garrett is a Pitch Wars mentee-turned-mentor. She also served as its Managing Director in 2018. After being selected as a mentee in 2014, she sold her Pitch Wars novel HOLLYWOOD HOMICIDE (then called IOU) to Midnight Ink. The story about a semi-famous, mega-broke black actress who investigates a hit-and-run she witnessed won the Agatha, Anthony, Lefty and Independent Publisher “IPPY” awards for best first novels. The second, HOLLYWOOD ENDING, was featured on the TODAY show’s Best Summer Reads of 2019 and was nominated for both Anthony and Lefty awards. Her next #ownvoices crime fiction novel, LIKE A SISTER, will be released by Mulholland Books in March 2022. In addition to working with Pitch Wars, Kellye serves on the Board of Directors for Sisters in Crime and is a co-founder of Crime Writers of Color along with Walter Mosley and Gigi Pandian. 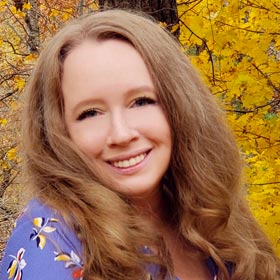 Sonia Hartl is the author of THE LOST GIRLS, NOT YOUR #LOVESTORY, and HAVE A LITTLE FAITH IN ME (Page Street), which received a starred review in BookPage and earned nominations for the Georgia Peach Book Award, YALSA’s Quick Picks for Reluctant Readers, Bank Street College of Education’s Best Children’s Books of the Year, and ALA’s Rise: A Feminist Book Project List. She’s also the author of an adult romcom, Heartbreak for Hire (Gallery). When she’s not writing or reading, she enjoys playing board games with her family, attempting to keep her garden alive, or looking up craft projects she’ll never get around to completing on Pinterest. 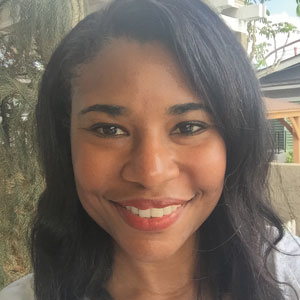 Irene Reed writes adult mystery and suspense. A native of Chicago’s South Side, Irene received her AB in Government from Harvard College and her JD from Harvard Law School, while sneaking in as many creative writing classes as possible. Irene was a 2018 Pitch Wars mentee and has a deep love for the Pitch Wars community. A Kimbilio Fellow, Irene is also a member of Mystery Writers of America, Sisters in Crime, and Crime Writers of Color.

When Irene isn’t writing, reading, working, or caring for her two young boys, she’s scrambling to find her overdue library books. When she’s lucky enough to sleep, she dreams of more time to write. Follow her on Twitter at @IreneMReed1. 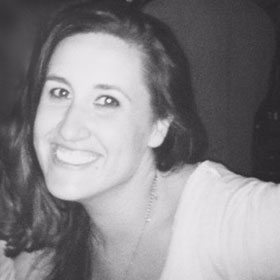 Leigh Mar is a marketing and communications professional and a young adult author represented by Elana Roth Parker at Laura Dail Literary Agency. She loves to travel (both in reality and through fiction), has an excellent sense of direction, and only ever gets lost on the internet. She was a Pitch Wars mentee in 2015 before becoming a mentor in 2016 and 2017. 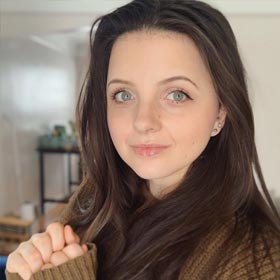 Rebecca Mix is a fantasy author and Michigander who writes about messy girls and creepy magic. Her debut novel, THE ONES WE BURN, is a witchy, sapphic dark YA fantasy out from Simon & Schuster in fall of 2022. Her work has been featured by Barnes & Noble, Buzzfeed, Tor.com, Bustle, Huffington Post, etc. If you can’t find her, she’s probably goofing off on social media @mixbecca, or attempting to sneak yet another plant into the house. Her work is represented by Jim McCarthy of Dystel, Goderich & Bourret. 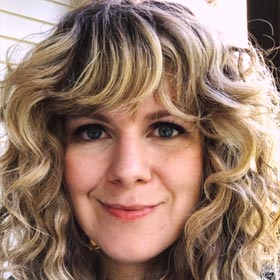 Laura Lashley writes speculative fiction for kids, adults, and kids masquerading as adults, her personal demographic. Laura is represented by Carrie Pestritto, literary agent and professional hype-person, of the Laura Dail Literary Agency. She was selected as a mentee for Pitch Wars 2016 and Pitch Wars 2017, and learned so much from this amazing community of writers, she served as a mentor in Pitch Wars 2018. Laura’s current contributions to Pitch Wars are through serving as the organization’s trusty guide and pro bono legal counsel on its hero’s journey to gaining official non-profit status. 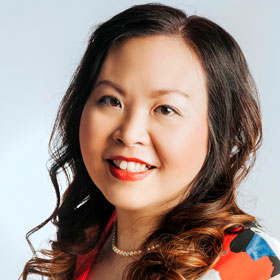 Roselle Lim is a Filipino-Chinese writer living on the north shore of Lake Erie. She loves to write about food and magic. When she isn’t writing, she is sewing, sketching, or pursuing the next craft project. Roselle was a Pitch Wars Adult mentor in 2015. Her book, NATALIE TAN’S BOOK OF LUCK AND FORTUNE, is being released in the summer of 2019 from Penguin/Berkley. 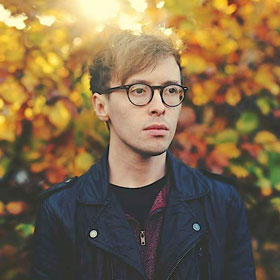 Luke Hupton is a YA author represented by Lauren MacLeod at The Strothman Agency. Beginning his career in the British film and television industry, Luke now lives and works in beautiful British Columbia with his husband, their guinea pigs and cheeky miniature dachshund, Tilly. 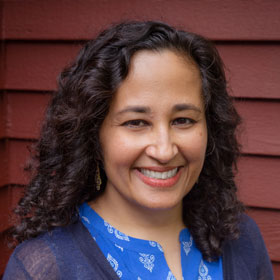 Rajani LaRocca was born in India, raised in Kentucky, and now lives in the Boston area with her wonderful family and impossibly cute dog. A graduate of Harvard College and Harvard Medical School, she spends her time writing novels and picture books, practicing medicine, and baking too many sweet treats. Her middle grade debut, MIDSUMMER’S MAYHEM (Yellow Jacket/Little Bee Books), an Indian-American mashup of A Midsummer Night’s Dream and competitive baking, was an Indies Introduce selection, an Indie Next pick, and a Kirkus Best Middle Grade Book of 2019. Her debut picture book, SEVEN GOLDEN RINGS: A TALE OF MUSIC AND MATH (Lee & Low, 2020) is set in ancient India and introduces the basics of binary numbers. She is represented by Brent Taylor of Triada US. She was a Pitch Wars 2017 mentee and has been a Middle Grade mentor since 2018. 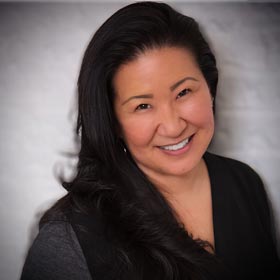 Susan was a 2018 PitchWars mentee and 2019 mentor, as well as the 2019 Golden Heart Winner for YA Romance. She begrudgingly left NY to move to Los Angeles, where she works as a HR executive and is a pet-mom to two misbehaved chihuahuas. 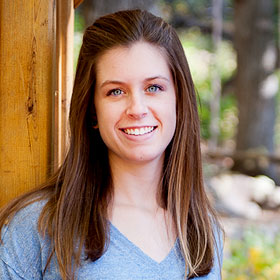 Juliana is a Middle Grade fantasy author represented by Natalie Lakosil of the Bradford Literary Agency. When not writing about strange and dreamy magic, she teaches Kindergarten and lives in anticipation of adventure. She freelance edits and has mentored other writers through Pitch Wars since 2014. 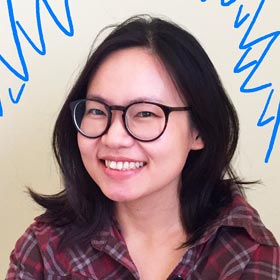 Remy Lai writes and draws for kids. She was born in Indonesia, grew up in Singapore and currently lives in Australia. She is the author-illustrator of PIE IN THE SKY and FLY ON THE WALL, and her latest book is a middle grade graphic novel, PAWCASSO. 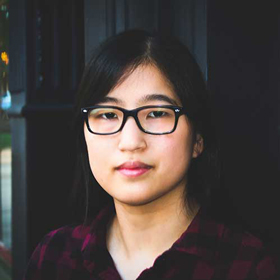 Bethany Mangle is a YA contemporary author represented by Jennifer Wills and Nicole Resciniti of The Seymour Agency. Her debut novel, PREPPED, will be released on February 23, 2021 by Simon & Schuster/McElderry Books. Although she was born in Korea, she was adopted and raised in New Jersey. She currently lives and writes in Mississippi with her husband and their spoiled rotten dog. 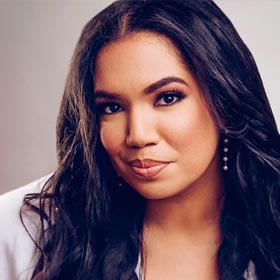 J.Elle is the New York Times bestselling author of WINGS OF EBONY, which Ms. Magazine calls, “the debut fantasy we need right now.” Elle is also the author of the forthcoming sequel to Wings of Ebony (2022), along with PARK ROW MAGIC ACADEMY (2022), a middle grade series. She has a Bachelor’s of journalism and an MA in educational administration and human development. She grew up in Texas, but has lived all over, from coast to coast which she credits as inspiration for her stories. She’s a prolific writer with a wide range of publishing experience from plucking gems from the slush as an intern at literary agencies, freelance editing, and mentoring multiple writers who have gone on to sell six-figure book deals to major publishers. These days the former educator can be found binging reality TV, loving on her three littles, getting lost in the woods on a walk, or cooking up something true to her Louisiana roots. 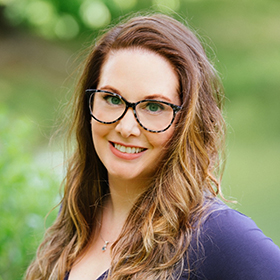 Emily Thiede is a Pitchwars mentee-turned-mentor, co-host of the Basic Pitches podcast, and a board member for Writer House, a nonprofit in Central Virginia. When not writing, she can often be found fostering kittens, tweeting too much, and getting lost in the woods. Her debut, This Vicious Grace, is the first book in a young adult fantasy duology coming June 28, 2022 from Wednesday Books. 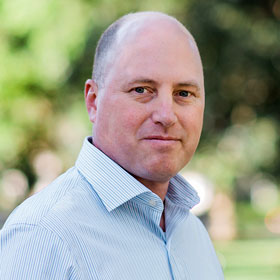 Michael Mammay is a science fiction writer focusing mainly on military science fiction. He is a retired army officer and a graduate of the United States Military Academy, and has a masters degree in military history. He is a veteran of Desert Storm, Somalia, and the wars in Iraq and Afghanistan, and currently works as a full time writer. His debut novel, PLANETSIDE came out in July, 2018, and was selected as a Library Journal best book of 2018. COLONYSIDE, the third book in that series, published in December of 2020. His next work is entitled THE MISFIT SOLDIER, and is coming from Harper Voyager in February of 2022. Michael lives with his wife in Georgia.