I’m so excited to share with you this amazing book by J.C. Welker and brought to by Entangled Teen. Scroll down to the bottom of this post to enter a giveaway for one of five ebook copies of THE WISHING HEART.

Winner of the 2016 Rosemary Awards for paranormal fiction. THE WISHING HEART is a unique new f/f fantasy of an unloved girl looking for it through stories and magic.

With a book in her bag and a switchblade in her pocket, Rebel’s been thieving her way through life while hoping for a cure to fix her ailing heart.

But when the bejeweled vase she just tried to hawk turns out to be a jinni’s vessel, Rebel gets lost to her world and dragged within another. Now every magical being in the city wants the vase for themselves.

Thrust into a game of cat and mouse in a world she never knew existed, Rebel must use her uncanny skills to find a way to free Anjeline the Wishmaker.

But wishes have consequences. And contracts. Anjeline’s freedom could unravel a love like Rebel has never known, or it could come at the cost of Rebel’s heart…

Praise for THE WISHING HEART …

“An exhilarating read about the complexities of the heart and what it means to love.”~Mia Siegert, author of JERKBAIT

“Teens are going to gobble this one up!!!!”~McCall Hoyle, author of THE THINGS WITH FEATHERS

“A beautifully evocative story and a romance that melts your heart.”~Shaila Patel, author of SOULMATED 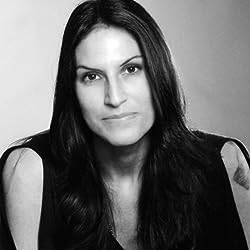 J.C. WELKER is an author who’s been, among other things, a fashion designer, a graphic designer, a filmmaker and a kickboxer (seriously).

She’s best known for writing and producing the documentary short films focusing on homeless Iraq vets and LGBTQ+ issues in the military, which was selected by the North Texas Film Festival and featured on CURRENT TV. Her recent novel placed first in the paranormal category of the 2016 YARWA Rosemary Awards, and she continues to work towards giving a voice to stories that are needed, while facing magic and monsters along the way.

Repped by Kristy Hunter at The Knight Agency.