The Ticking Clock … and other ticks 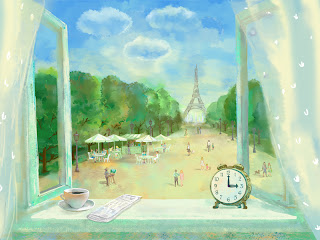 I’ve had so much coffee this morning that the words on the page are speeding by. First off, I had an awesome Carmel Dulce at Satellite Cafe, which I got from their drive-through on my way to pick up my mother. I had to take her in for a procedure, and since she wasn’t going to be done for a few hours, I went to the nearby Starbuck’s to write. I had a Vanilla Latte because clearly the barista didn’t hear my order of skinny Toffee Mocha. I went up to tell him, and he said to keep it and then came to my table several minutes later, bringing me my original order. So I’m writing this after downing the Vanilla Late and now sipping the other, which explains the jabbering.

Anyway, NaNoWriMo is finishing its second week and I got my pep message from the NaNo people. It was about the second week of NaNo having a bad reputation and Wrimos (that apparently is the name for participants) posting things, like “I’ve been Week Two’d”. This sounds worse than it really is (if not kind of nasty). It’s simply slacking off or giving up in week two.

The NaNo status page is a demon, just saying. Every time I posted my word count for the day, its estimation on what day I would finish was nowhere near November 30th. Then my Wrimo buddies *waves at Shelley, Cassandra, Erica, Jessica, Kari, Tina, and that Child person who hasn’t revealed her name yet* started doing Word Wars (this isn’t flinging curse words at each other). We write for twenty minutes and see what each others’ word counts are. My word count rose and I’m having a great time getting to know and competing with such awesome writers. Of course, I’m usually the loser, which is totally fine with me, because it forced me to sit my butt in the chair and write. I stopped looking at the clock and focused on my writing goals for one day at a time. Now I actually like the tick of the clock. We get in a few quicky rounds of writing before bed (get your mind out of the gutter 😀 ) and I’m meeting my goals.

The thing about doing NaNo is that it exposes my writing ticks. I have habit words that I use frequently when I’m writing fast, and I tend to write the same sentence structures. Adverbs riddle my pages. Characters’ eye colors change at times. It’s a mess. I’ve come to realize just how important the editing process is. It is in editing that you restructure your sentences, choose stronger verbs to make your work shine, and remove all the ticks that make your work weak.

I’m sure there are more, but this is all that I’ve noticed while speed writing during NaNo. Knowing your weakness is the first step in editing. So what’s the weak link in the chain of words that you write?

P.S. I’ve received some awesome blog awards from JC Fighter, Summer Ross, Michael Di Gesu, and Rachel Morgan that I’m working on posting and passing on. I just wanted to say thank you guys for thinking of me!