Please email me your address at brendadrakecontests@gmail.com to claim your prize.

I’m so excited to offer up a signed copy of THE STARS FELL SIDEWAYS by Cassandra Marshall. If you like Atlantis, Steampunk, and Indiana Jones, this book is for you. All you have to do to enter is answer this question in the comments of this post: Who would you want to be stranded on an island with? That’s it! Easy, right? 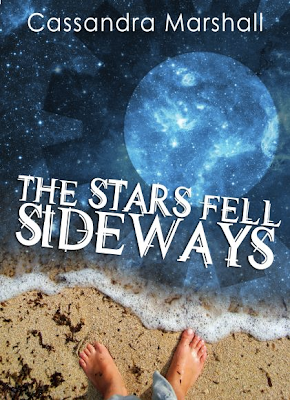 Here’s something about THE STARS FELL SIDEWAYS …

Alison Arroway takes a lickin’ and keeps on tickin’. She has to, or she won’t get paid. Alison is a stunt double for pampered teen actress Pomegranate and when the director takes the shoot to Portugal, Alison is anything but thrilled to be rooming with Pom. But getting to hang around teen hearthrob Erik? Now that’s a plus.

Erik invites both girls on a sunset boat trip and Alison manages to have a decent time. Until the storm hits and the boat is shipwrecked on a small island, leaving Erik missing and the boat captain dead.

In the morning light, Alison and Pom find themselves on the lost island of Atlantis. Only one problem: now that the girls know the secret of the island, the Atlanteans don’t want them to leave. They’re stuck with corsets, full-skirted dresses, and the strange steam-driven contraptions that are just a way of life for the islanders.

When a plot by the ruthless army Captain to take over the island and declare himself General over all emerges, an underground group promises to return the girls to the mainland if they can help stop him. They’ll go through a mountain, literally, to find the Book of Blue, a book that will explain how to make ‘the stars fall sideways’ in order to save the day and earn their freedom.

THE STARS FELL SIDEWAYS, a YA Steampunkish fantasy, out now from MolliePup Press!

You can read an excerpt of the book here. 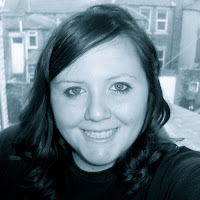 Cassandra Marshall
Cassandra Marshall is a freelance editor, lit agency staff, YA writer, and loves to play with her dog Mollie. She dreams of one day owning a small house near the water, preferably in England, with a shelf full of books she has written and has helped others to write. She can be found in Emmett, MI, camarshall.com for writing, editorcassandra.com for editing, and on twitter @CA_Marshall.

To find out how to buy a copy of THE STARS FELL SIDEWAYS go here!

What are you waiting for? Answer the question above in the comments here to win a signed copy of THE STARS FELL SIDEWAYS! DRAWING IS CLOSED.