THE ARRIVAL OF SOMEDAY by past Pitch Wars mentor, Jen Malone … COVER REVEAL! 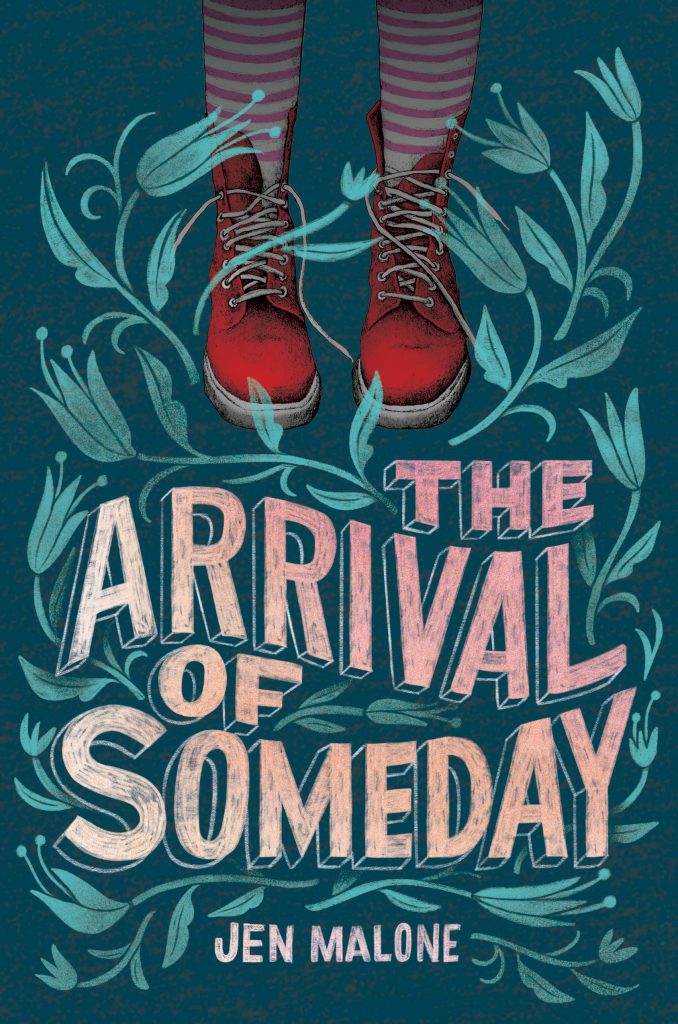 Releasing July, 2018
About the book …
Hard-charging and irrepressible, eighteen-year-old Amelia is just fine being known as Rolldemort, her alter ego on the roller derby track where she wipes the floor with her opponents. But when a rare liver disease she was born with flares up unexpectedly, she finds herself saddled with a new persona no one is able to see past: Dying Girl.
One call from the hospital with a viable transplant would fix that, but until then, everything she’s been sure of–like her college plans, or the mural she’s been commissioned to paint–has become a huge question mark, threatening to drag her down into a sea of what-ifs she’s desperate to avoid. It doesn’t help when those closest to her start acting differently, like her parents, who are faking calm and failing terribly, or her best friend, Sibby, who’s turned Amelia into the poster girl for organ donation.
Then Will, a friend from the past, shows up. Amelia is hesitant to let her guard down with yet another person who is “just checking in,” but he promises not to mention her health. Desperate to feel normal and carefree, she goes with it. The more they hang out, the easier it is to forget the reality lurking beneath the lightness of their time together. The easier it is to feel alive when all signs point elsewhere.
With the odds decidedly not in her favor, Amelia knows this feeling can’t possibly last forever. But what can?
Add to Goodreads:
https://www.goodreads.com/book/show/36360882-the-arrival-of-someday?from_search=true
About the author … 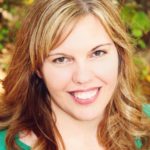 Jen Malone writes flirty young adult travel romances with HarperCollins and fun and humorous “girl power” middle grade adventures with Simon & Schuster. Jen’s published titles include The Art of the Swap (with Kristine Asselin), Changes in Latitudes, Best Night Ever, The Sleepover, the You’re Invited series (with Gail Nall), At Your Service, Map to the Stars, Wanderlost, and Follow Your Art (a collaboration with Dreamworks Animation and Penguin Random House on a companion story to the animated film Trolls). She once spent a year traveling the world solo, met her husband on the highway (literally), and went into labor with her identical twins while on a rock star’s tour bus. These days she saves the drama for her books. You can learn more about Jen and her books at www.jenmalonewrites.com. Find her on Twitter and Instagram @jenmalonewrites.