I am so thrilled to be a apart of Kimberly P. Chase’s THE APOLLO ACADEMY blog tour and and giveaway. You may have seen Kimberly Chase running things for my contests on occasions. She’s organized the slush for Pitch Madness, and ran things for The Writers Voice while I was away at a conference. And today her book THE APOLLO ACADEMY was released early. You want to get your hands on a copy – you will get lost in this fun and exciting read! Enter the rafflecopter giveaway below for a chance to win critiques & passes to bypass the first two slush rounds of Pitch Madness. And go congratulate Kimberly (@kpchase817)  on Twitter. 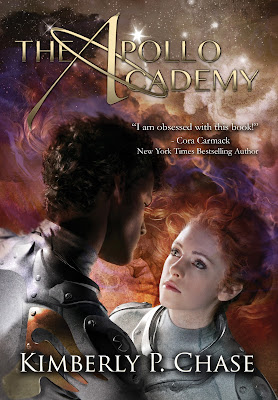 THE APOLLO ACADEMY:
As the heiress to Titon Technologies, eighteen-year-old Aurora Titon can have whatever she wants—clothes, expensive gadgets, anything money can buy. All she really wants is to escape her pampered, paparazzi-prone life for the stars. Becoming the first female pilot to train as an astronaut for the Apollo Academy is exactly the chance for which she has been waiting. Everything would be perfect if it weren’t for her unreciprocated crush on a fellow student, the sexy astronaut bent on making her life hell, and the fact that someone keeps trying to kill her.
The first in a four book new adult science fiction series, The Apollo Academy, is an action packed story of love, discovery, and survival.

ON SALE NOW!
Available at Amazon, B&N, and iTunes 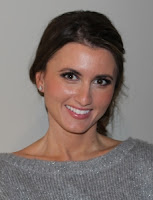 About the author:
Kimberly P. Chase holds a Bachelor’s Degree in Aeronautical Science from Embry Riddle Aeronautical University, which basically means she’s kind of a geek and loves flying airplanes. Naturally, her books tend to include aviation, hot flight instructors, aviator glasses, and—let’s not forget—kissing! When Kimberly’s not writing or reading, she’s hanging out with her husband, four-year-old son, and two dogs.
Find Kimberly here:

To celebrate The Apollo Academy’s release, we’re giving away a Writer’s Dream Package!!! This thing is amazing, people!

Lindsey is a former editor at HarperCollins who now provides a range of editing and writing services to publishers, businesses, and individuals. Books she’s worked on have been New York Times bestsellers, award winners, and international successes. She received her BA in Writing from Sarah Lawrence and her MFA in Fiction from the New School University. She’s volunteered with a number of literary organizations, including the PEN American Center and Girls Write Now, and currently serves on the board of the Editorial Freelancers Association. She currently lives in Chapel Hill, North Carolina. To learn more about Lindsey’s services, background, and recent projects, please visit her website: http://www.lindsey-alexander.com

– 1st Chapter critique from Meredith Johnson: Meredith is an avid reader, blogger, writer, intern, mom of three little ones, and teacher—all while wearing flip flops. When she isn’t reading submissions or reviewing books under a giant umbrella at the beach, she’s plotting out the lives of her own quirky characters. You can find her at Meredith’s Musings chatting about books, writing, and anything else that fills her crazy days.  She’s currently an intern for the fabulous Candace Havens at Entangled Publishing, Covet line.

– Emotional Thesaurus: One of the biggest problem areas for writers is conveying a character’s emotions to the reader in a unique, compelling way. This book comes to the rescue by highlighting 75 emotions and listing the possible body language cues, thoughts, and visceral responses for each.

-3 FREE PASSES into the FINAL round of PitchMadness: This is a chance to pass the first two slush rounds and time limitations and go straight to the final slush round (hosts picking round). There are over 10 amazing agents signed up to participate! Contest starts 8/24

Enter to win by using the Rafflecopter below.