It’s release day for TAKEN BY STORM, Book Three in the Ayala Storme Series, by Emmie Mears! The first two books in the series, STORM IN A TEACUP an ANY PORT IN STORM, are on sale now for $.99 each.  Hurry the sales price is only for a few days. Also, the audio books for all three books in the series (narrated by Amber Benson of Buffy fame!!!) goes on sale today, too. Here’s a little something about the books …

Stripped of her Silver Scale, made a pariah by the Summit, and with a price tag the size of Kentucky on her head, Ayala is on her own. Gregor Gaskin is still missing, and when Ayala discovers he’s far outside the Mediator territory line, she will unravel more about the Summit than she ever thought possible. Finding Gregor will take her far from home, but catching him might hit her right where she lives — and Gregor’s plans may just release hell on earth before she can stop him.

And the first two books …

Mediator Ayala Storme kills demons by night and handles PR by day. She avoids Mediator luncheons and a fellow Mediator who’s been trying to get in her pants for years. She does her job. She keeps her sword clean and her body count high. But when a rash of disappearances leads her to discover that Nashville’s hellkin are spawning a new race of monster on human hosts, Ayala will be the first line of defense against these day-walking killers. That is, until one of them saves her life. Dodging the Mediators and the demons alike, Ayala’s new knowledge of the hybrids’ free will challenges everything she’s ever known about her job. Racing the clock and trying to outrun her comrades and enemies alike, she’s not sure who will catch her first…

ANY PORT IN A STORM, Ayala Storme Series Book 2

After months of training a budding army of human/demon hybrids, Ayala and Carrick have worked out most of their differences. Who gets to use the bathroom first in the morning. Who’ll feed the bunny before they go out to make mayhem. Who gets to keep the jeeling claw they found in Forest Hills. You know, the important stuff. But when Gregor sends them out with their battalion of shades and the mission quickly lands on the wrong side of Ayala’s “don’t kill norms” moral line, she quickly discovers that maybe morality wasn’t the motivator behind Gregor’s pet project — or at least not when money’s involved. And when a trio of shades starts murdering the populace in Nashville again and targeting places and people significant to Ayala, her desire to help her own comrade shades stay on the good side of the Mediators will place her at their mercy again. With the Summit fracturing and demons closing in on the city, saving the shades and herself may cost Ayala everything. 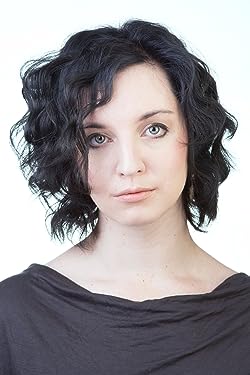 Emmie is an author, actor, and person of fannish pursuits. Born in Texas, the Lone Star state quickly spit her out after a measly three months, and over eight states and three different countries, Emmie became a proper vagabond. She speaks four languages and holds a degree in history. She writes science fiction and fantasy of all kinds and likes to keep her fingers in as many SFF pies as possible. She also likes pie. Emmie is the head of a pride of cats in the suburbs of DC. Slightly obsessed with Buffy and Supernatural, Emmie haunts the convention circuits and joins in when she can on panels and general tomfoolery. She is the author of the Shrike superhero series and the Ayala Storme series. Emmie is open to bribery in the form of sushi and bubble tea.

Emmie may or may not secretly be a car.