Clarissa Goenawan’s dark, spellbinding literary debut opens with a murder and shines a spotlight onto life in fictional small-town Japan.

Ren Ishida is nearly finished with graduate school when he receives news of his sister, Keiko’s, sudden death. She was viciously stabbed one rainy night on her way home, and there are no leads. Ren heads to Akakawa to conclude his sister’s affairs, still failing to understand why she chose to abandon the family and Tokyo for this desolate town years ago.

But Ren soon finds himself picking up where Keiko left off, accepting both her teaching position at a local cram school and the bizarre arrangement of free lodging at a wealthy politician’s mansion in exchange for reading to the man’s catatonic wife.

As he comes to know the figures in Akakawa, from the enigmatic politician to his fellow teachers and a rebellious, alluring student named Rio, Ren delves into his shared childhood with Keiko and what followed, trying to piece together what happened the night of her death. Haunted in his dreams by a young girl who is desperately trying to tell him something, Ren struggles to find solace in the void his sister has left behind.

«Elegantly [combines] a suspenseful mystery with an eloquent meditation on love and loss. »
—HuffPost

«This literary debut is sure to spark your attention.» —Bustle

«Goenawan pens a phenomenal debut that will grab readers from the beginning. «Goenawan’s debut proves to be a soulful whodunit full of deadpan humor and whimsical narrative unpredictability. A witty, well-constructed debut. » —Kirkus

«With its dream sequences, chance encounters and leisurely attention to music and food, this debut novel evokes the simple joys of early Haruki Murakami… A satisfying heartfelt tale about letting go.» —amNewYork

The timing of the tale is nearly perfect, and the writing is both poignant and captivating.» —RT Book Reviews 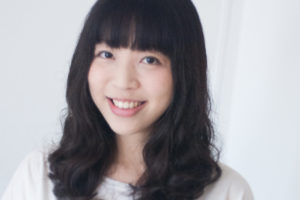 Clarissa Goenawan is an Indonesian-born Singaporean writer. Her award-winning short fiction has appeared in literary magazines and anthologies in Singapore, Australia, the UK, and the US. Rainbirds is her first novel.