Pitch Wars Team Interviews with Zoe B. Wallbrook and Her Mentor, Elizabeth Little 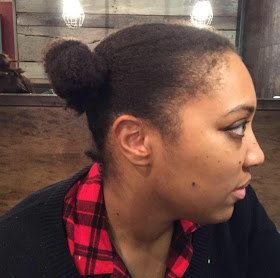 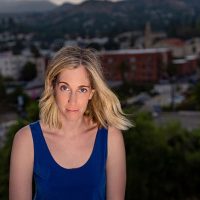 Elizabeth, why did you choose Zoe?

As we headed into the submissions window, all the Pitch Wars veterans were trading stories of finding The One—the manuscript they fell in love with. But as a new mentor, I was pretty skeptical. A little jaded, even. That’s not how I would be picking my mentee. Nope. Not me. I had a rigorous four-point assessment strategy and a color-coded spreadsheet all ready to go. After all, this was a professional mentorship program, not a romantic comedy.

Then I read Zoe’s submission.

I hereby submit to the Gods of Irony these actual messages I sent that day:

“Oh shit I just found one that I might love”

“I do love it. I love it so much. I’m literally going to close my computer and go do something else so I don’t just email her immediately and embarrassingly to request a full.”

I was nothing less than bowled over by Zoe’s writing. By her fierce intelligence, her sly wit, her expansive heart. By her sheer, unbridled potential. By the fact that she had me cackling out loud on page three. Ultimately, it was no choice at all, really. Her work was so perfectly suited to my tastes that it felt nothing less than meant to be.

Zoe, why did you choose to submit to Elizabeth?

I chose Elizabeth Little for the following reasons:

1. She’s a writer and reader of sweary books. I drop the f bomb on page one of my mystery, which I gleefully call my “parting of the Red Sea” because the reader’s either in or out after that. When I first opened her very sweary book, Dear Daughter, I cackled right away. I knew this was someone who’d get me.

2. She’s the child of academics and I thought she might also understand my campus mystery novel and the kinds of politics that take place on a college campus. There’s not only the age-old question concerning what to do with the campus squirrels rummaging through students’ trash, but the more serious back-door dealings involving tenure, teaching, and research that dominate the politics of a university. Who represents the college to the outside world and why?

3. Her blog post introducing herself was hilarious, kind, and generous. I felt so anxious about sharing my book with anyone at all, and her post set me at ease. I have to say I still can’t believe I get to work with her (she’s going to hate this gushing but so be it.). She’s been so kind, so patient, so thoughtful, so effing brilliant, and so supportive since this process started. I still pinch myself every day (figuratively – I’m not a monster) that I get to work with her.

4. Her twitter profile pic is Helga Pataki from the tv show Hey Arnold! I rest my case.

Zoe, summarize your book in 3 words.

Elizabeth, tell us about yourself. Something we may not already know.

Zoe, what do you hope to get out of the Pitch Wars experience?

I’m hoping to learn how to write a good mystery! It’s a haaaaaaard genre to get right. So many clues! So many red herrings and false leads! Like the other mentees, I’ve also really enjoyed getting to know other Pitch Wars folks so far (I’m always looking for more friendsies! Slide into my DMs!). For such a long time I was so lonely, writing by myself on the weekends and sending snippets to my sister to read. I had no idea what I was doing and I’d reached the point where I knew I needed help from somebody who wasn’t a blood relative. I also wanted to find a community of writers who understood this weird hobby/obsession I had that was driving my beloved friends and family up the wall.

Zoe, tell us about yourself! What makes you and your manuscript unique?

I’m a history professor at a large university in the United States and I write under this pen name. I’m the proud daughter of Jamaican immigrants. I have one of Albert Einstein’s begonias, which I am trying very hard to keep alive for fear of waking his ghost (long story). My WIP follows a young black history professor who’s just minding her own business, teaching her classes and going on bad first dates when she’s anonymously attacked one night—and in the same way that her colleague was just murdered, no less. She wants to know why. Although it’s a mystery and it takes on some dark topics, I think what makes my story unique is its light tone and quirky characters (which, frankly, academia generates at alarming rates, anyway). I’m very proud of the fact that the majority of my characters are women of color, daughters of immigrants, and/or queer. And that we get to see them having fun and goofing off and looking for love in all the wrong places while also being so damn smart and totally badass and ready to knock you out. While drinking margaritas. And buying Lizzo tickets.

Check out Elizabeth’s upcoming release, PRETTY AS A PICTURE. 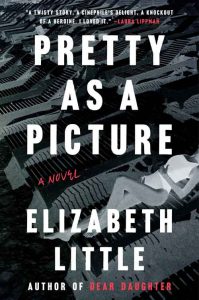 An egomaniacal movie director, an isolated island, and a decades-old murder–the addictive new novel from the bestselling author of Dear Daughter

Marissa Dahl, a shy but successful film editor, travels to a small island off the coast of Delaware to work with the legendary–and legendarily demanding–director Tony Rees on a feature film with a familiar logline.

It’s not much to go on, but the specifics don’t concern Marissa. Whatever the script is, her job is the same. She’ll spend her days in the editing room, doing what she does best: turning pictures into stories.

But she soon discovers that on this set, nothing is as it’s supposed to be–or as it seems. There are rumors of accidents and indiscretions, of burgeoning scandals and perilous schemes. Half the crew has been fired. The other half wants to quit. Even the actors have figured out something is wrong. And no one seems to know what happened to the editor she was hired to replace.

Then she meets the intrepid and incorrigible teenage girls who are determined to solve the real-life murder that is the movie’s central subject, and before long, Marissa is drawn into the investigation herself.

The only problem is, the killer may still be on the loose. And he might not be finished.

A wickedly funny exploration of our cultural addiction to tales of murder and mayhem and a thrilling, behind-the-scenes whodunit, Pretty as a Picture is a captivating page-turner from one of the most distinctive voices in crime fiction.