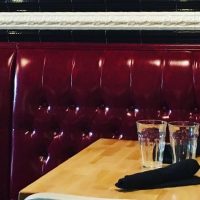 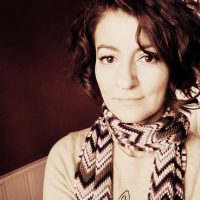 Carolyne, why did you choose Stacie?

Quite simply, I fell in love with Stacie’s novel of mystery and malice set in gilded age New York City and the Blackwell Island Asylum. She paints a world with gothic undertones that instantly transported me into the drama. I was hooked!

Stacie, why did you choose to submit to Carolyne?

I got so excited when I read Carolyne’s wishlist–my manuscript had so many of the elements she said she liked: a trapped, gothic, historical setting; eerie, slightly supernatural elements; and a little subtle romantic tension. And the way she described her mentoring style was appealing to me–honest, critical, but supportive.

Stacie, summarize your book in 3 words.

Carolyne, tell us about yourself. Something we may not already know.

When I was thirteen years old, I was into witchcraft and séances. I spotted a book called OUJA in the bookstore and thought, “how cool!” A few hours after I’d purchased it, I discovered its title was in fact CUJO but, what the heck; I’d already forked over my hard-earned nickels and was invested. I became hooked on King’s macabre storytelling and, until this day, he remains an influence of my work.

Stacie, what do you hope to get out of the Pitch Wars experience?

I’m already getting a great new writing community out of it, so that’s huge. I hope I come out the other side with a stronger, deeper novel. And I won’t lie–an agent would be great.

Stacie, tell us about yourself! What makes you and your manuscript unique?

I started writing the novel in March of 2017. I work in US politics, and I realized I needed a distraction or I was going to give myself a stroke. I thought about what I like to read, and sort of mashed all that together and started typing. I’d never tried to write fiction before, and I think my ignorance sort of protected me.

I didn’t realize that I was jumping into the deep end by starting with a novel, and by the time I realized how hard it actually was, I was too attached to my characters and too invested in their stories to think about giving up.

My protagonist, Amelia Matthew, is an orphan in 1890’s New York City. She’s used her very minor psychic talent to create a life for herself–a life that gets upended after a head injury leaves her with way more ability than she can handle and she gets sent to the city insane asylum on Blackwell’s Island. All she wants is her freedom. But there’s something dark happening on the island, and Amelia realizes that staying–and embracing her new powers–might be the only way to stop it.