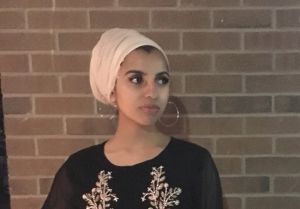 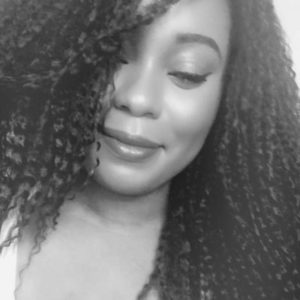 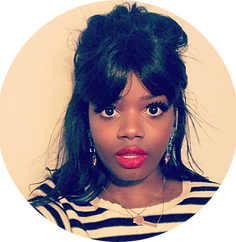 Deborah & Ciannon, why did you choose Sarah?

We knew Sarah’s manuscript was a strong contender from the moment we read her first lines. Her first chapter was THAT good. What followed was a whirlwind of emotions as Sarah took us on an epic journey alongside her morally gray characters. The themes she covered were heavy: there was trauma and there was healing. War and genocide and moral decay were dealt with in the most sensitive, yet brutal and eye-opening ways; what made it even more poignant to us was seeing how much Sarah cared about the story she wanted to tell, and how she weaved her own background into this fantasy world with so much deftness. We’re incredibly lucky to have her on #TeamValkyrie.

Sarah, why did you choose to submit to Deborah & Ciannon?

Before the wishlists came out, when I was scoping their bios, they were at the top of my list. I remember messaging other applicants and (very enthusiastically; probably a little too enthusiastically) explaining what mentors I applied to and squealing over how amazing Dee and Ciannon seemed. And then when the wishlists came out, good Lord it was my favorite tropes and books regurgitated onto their blog. Plus, I tweeted them a bit after twitter stalking them, and I could tell they had the same sense of humor as me. Also, Deborah lives in Toronto like me, #WetheNorth forever!!! It was perfect! I’m so thankful they picked me. I still think it was a fluke!

Sarah, summarize your book in 3 words.

Deborah & Ciannon, tell us about yourself. Something we may not already know.

Ciannon: These tasks always make me break out in a cold sweat . . . Hmm, let’s see, before I knew writing was my Favourite Thing Ever, I was training to become a classical singer and could sing in four languages.

Deborah: Whew, we spilling teas today. Okay, I’ve got one. Before I left Nigeria, I was part of an acapella group in my school. And sometimes, it would get super heated because there were two main groups and we really didn’t like each other lol ¯\_(ツ)_/¯

Sarah, what do you hope to get out of the Pitch Wars experience?

Besides the opportunity to participate in the agent showcase, my main goal is to learn as much as possible. I’m a sucker for any learning opportunity so when I heard about PitchWars while I was living in a completely different country all alone, I invested all my time into preparing. I had no writer friends, knew no writers, PitchWars was the dream to meet a like-minded community. Plus, being able to ask mentor(s) questions I didn’t know who to ask, it was so timely. And so far, this has been the most rewarding experience of my life!

Sarah, tell us about yourself! What makes you and your manuscript unique?

I’ll break it down three-fold. First, there are rare stories in fantasy featuring actual Islamically inspired worlds consisting of religious characters. Wearing the hijab, sometimes I feel cheated when books claim they’re Islamic but the characters are not religious. Or on occasion, when the rare character is religious, they’re shunned for it. There’s a difference between Arabian stories/Pre-Islamic stories and Islamic Stories. Though I love those books, I was still searching for a story I could relate to so I decided to create a world consisting of a very fantasy Islam inspired by my Mughal heritage.

Second, the story has a very different world than the real world while holding horrifying parallels. For example, the Kashmiri crackdown, the Uighur genocide, the Rohingya Muslims–all have ties from my family to this book. And my goal with this all POC world is not to make a Western-centric or Asian-centric story where anyone reading automatically compares it to a real-life country. Instead, the story is an allegory of fractured countries and the rise of genocide, neo-colonialism, and ethnic tensions while exploring the implications of the rise of hard borders and war. Also, there’s talking Nature because I couldn’t resist putting Islamic themes of environmentalism and veganism in my story haha.

Lastly, the story explores the moral ambiguity of human nature and how far good people go before they turn into monsters even if it is for “good intentions.” It also has a heavy theme of mental health (drawing from my own lived experiences) because oftentimes, mental health in entertainment is over-sensationalized or wrongly stigmatized. I hope to lessen those barriers in a realistic manner. 🙂

Deborah: Kristin Pettit at HarperCollins has acquired world rights to #PitchWars alum Deborah Falaye’s YA fantasy Blood Scion. Inspired by Africa’s child soldier crisis and set in a West African fantasy world, the novel follows a young Scion—the all but extinct descendants of the ancient Orisha gods—who is drafted into the very military that has hunted her kind for centuries. Stealing the opportunity to uncover what happened the night her mother disappeared, she will do anything to learn the truth—even if it means becoming the killer the army demands. Publication is tentatively slated for winter 2021; Victoria Marini at Irene Goodman Literary Agency did the deal.

Ciannon: Alice Jerman at HarperTeen has acquired Ciannon Smart’s YA debut, Witches Steeped in Gold, and a sequel, at auction. A Caribbean-inspired fantasy, the novel follows two witches from enemy castes—one seeking power, and one seeking revenge—who will stop at nothing to overthrow the Witch Queen, even if it means forming an alliance with each other and unleashing chaos on their island nation. Publication is slated for winter 2021; Taylor Haggerty at Root Literary negotiated the two-book deal for North American rights.