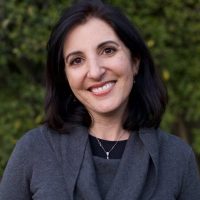 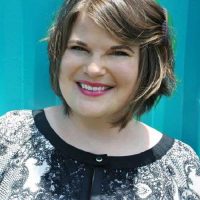 Rebecca, why did you choose Rhonda?

Rhonda had an important story to tell, and I wanted to help her tell it. It really was that simple!

From her query and responses to my emails, I had a feeling she was smart, thoughtful, and fun—which she is. She also is incredibly determined not only to complete her novel but also to do justice to the real-life events that inspired it. Her passion and grief for the boys from Dara’a and for Syria itself are palpable in every conversation we have about her manuscript and infuse her pages with an honesty that manages to inspire hope even in its most heartbreaking moments.

I love her novel, and I love her.

Rhonda, why did you choose to submit to Rebecca?

Rebecca’s wishlist spoke directly to me. I really loved that she put #ownvoices at the top of her list, rather than as an afterthought, and I also felt like she really understood why #ownvoices is so important.

I also loved the premise of her book Boy Bites Bug. Even though I’d normally be terrified to read a book about eating bugs, I loved that she coupled the issue of entomophagy with latent racism and the problem of figuring out who your real friends are at this age. I felt like someone who writes this type of book really understands the middle grade mindset. And, most of all I felt like she is someone who really cares about the social injustices in the world.

OK, and I know this will sound odd, but I also judge people (both men and women) by their smiles. And I loved Rebecca’s smile. It’s genuine. I just love people who love to laugh, who are eager to laugh. And I felt like she might be that type of person. Not many people exude that kind of energy in a picture. (I certainly don’t.) But I love working with people who are serious about their craft, but who also can laugh at the world because, well, the world is tough. (This part I obviously didn’t know to be true. I was just hoping it was. And it totally is!)

Syria. Graffiti. Freedom. (We chose our words independent of each other, but I knew we’d choose the same ones!)

Rhonda, summarize your book in 3 words.

I’d rather tell you about my good friend, Dana Sachs. She and several friends created a nonprofit called Humanity Now, which finds low-cost and practical solutions to help improve the daily lives of the displaced people in camps in Greece, many of whom are from Syria. On each trip, they find productive ways to spend the donation money they collect. (They pay all of their own personal expenses, including travel; 100% of donations are spent to help people.)

Projects have included: buying kitchen supplies for refugees living in abandoned buildings, purchasing thousands of hats and mittens for residents of camps in Northern Greece, funding a model bike-share program, funding new shoes for two refugee soccer teams, filling survival backpacks for homeless refugees who are members of the LGBTQI community, funding the expansion of women’s toilets so the hundreds of refugee and migrant women who visit the camp in Lesvos every day have access to 7 toilets (an increase from 2 toilets previously), purchasing pallets so those living in tents can be elevated out of the mud and stay dry through the winter, and so much more. To make a donation, please visit Humanity Now. Thank you!

Rhonda, what do you hope to get out of the Pitch Wars experience?

This is my first attempt at writing fiction. I am a journalist who has written for newspapers and magazines for decades, and I’ve written mostly about the Middle East and Islam-related issues. So I’ve been writing for years, but it’s a very different kind of writing.

When I sent out my middle grade manuscript, I was happy to receive tons of requests for fulls. But then the rejections started coming in and I was at a complete loss. I felt like I needed help understanding what didn’t work, but the feedback that I received was all over the place. And although I knew I was going to change the premise of my book before I applied to Pitch Wars, I felt like I needed more guidance on plot and how to write specifically for a middle grade audience. I’m always looking to improve my craft, but I was looking for some holistic feedback on the middle grade story-telling process.

Since I’m also doing this interview towards the end of Pitch Wars, I can say that this has been the most amazing experience I have had in my writing career. Having Rebecca’s help during this process has taught me so much about developing the emotional arc of a story. I know books have been written about this. But she’s just so smart and supportive and, did I say smart? This experience has been invaluable.

Rhonda, tell us about yourself! What makes you and your manuscript unique?

I am a Syrian-American journalist who grew up in an immigrant household. I also spent five years living and working as a journalist in Syria and Lebanon.

I think what makes my perspective unique is that when you report on a country, you get to know stories and perspectives that you may never encounter in your daily life. Although I knew a lot about Syria before I moved there, since I visited yearly as a child, I got to see and understand parts of Syria that I had never known before. So when I write in my manuscript about Kareem, a graffiti activist who wants to join the revolution, I imagine one of the many youth that I interviewed when I was living there. To me, my characters are compilations of real people I’ve met. That’s obviously done in fiction. But, in this case, I guess that’s what #ownvoices is about.

I especially love that my new manuscript, Tagging Freedom, is inspired by the true story of teenage boys who graffitied their school in Dara’a in Syria. Like the story of Syria, it’s devastating. One of the boys, Hamza al-Khateeb, was returned to his family in a body bag. The main character of my book is the same age as these kids, doing the same thing that they were doing when they were arrested.

Since the beginning of the revolution, I’ve thought about Hamza al-Khateeb almost every day. I think about how old he would be today (he would be 22); I think about the pain that his family went through; I wonder whether he really knew what he was doing, since he was only 13 years old. Some of those kids eventually became fighters, some left the country. But the story of 15 kids graffitiing their school then being arrested and tortured inspired protests across the country.

Unfortunately, that hopeful revolution quickly turned deadly and traumatic with hundreds of thousands of lives lost and millions displaced. But their reason for protesting was this basic desire to say enough is enough, this desire to be free. It was a revolution that demanded dignity. Syrians didn’t get that. But that doesn’t mean that people still don’t want that. And that is what I wanted to capture when I wrote this book for kids.