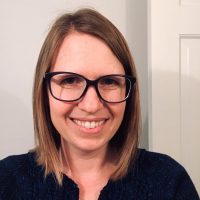 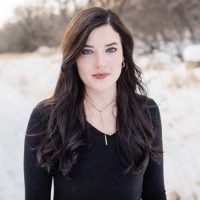 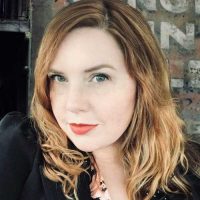 Sasha & Kristin, why did you choose Mara?

Kristin: We had so many amazing submissions, but Mara leaped out of the crowd for me within the first few pages of her manuscript. I rarely stay up super late reading anymore, but I could not put it down. And when I finally finished in the wee hours, I was so creeped out and semi-convinced there were demons lurking in my backyard. Mara is so incredibly good at creating that ever-building-dread feeling!

Sasha: Mara’s book hooked me from the very first page. It has all my very favorite things: small towns, emotionally intense sister relationships, and dark magic. Combine her killer concept with her haunting prose, and I was sold. I read the whole thing on an airplane and it took all my self control not to turn to the stranger next to me and shout about all the twists and turns.

Mara, why did you choose to submit to Sasha & Kristin?

I knew I wanted to submit to Sasha and Kristin when I saw how close they are–not just as co-mentors, but as critique partners and friends. I became even more convinced when I scanned through their wish list, all the while thinking I may have the perfect book for them, right up until they said, in short: “Maybe no witch books, though?” Of course, I have a witch book, but by that point I was willing to take my chances!

Mara, summarize your book in 3 words.

Sasha & Kristin, tell us about yourself. Something we may not already know.

Kristin: I have a bunch of old sepia-toned photographs of people I’m not related to hanging on my walls. My favorite is the one of the creepy baby twins in long white gowns.

Sasha: I think I’m the only person on earth who believes grape Laffy Taffys are the best candy.

Mara, what do you hope to get out of the Pitch Wars experience?

At the beginning of Pitch Wars, I would have said I hoped to improve my craft and become a better writer. But as we near the end, I’ve met so many wonderful, talented, and unique writers in the past couple of months that the community has been something I value just as much as learning to work with deadlines and improving as a writer. It’s an invaluable experience all around.

Mara, tell us about yourself! What makes you and your manuscript unique?

I’m a librarian at a small college outside of Cleveland, although I grew up in the Arkansas Ozarks. I must be a little homesick, because I set this manuscript in the Ozarks and centered it around a story I was once told about twin girls who walked out of the mountains one day with the same name. I wondered over their circumstances for years before putting them in a book, sprinkling some witchy local folklore over it, and ending up in Pitch Wars!

Check out Kristin’s upcoming release, THE BOY IN THE RED DRESS.

A Gentleman’s Guide to Vice and Virtue meets Miss Fisher’s Murder Mystery in this rollicking romp of truth, lies, and troubled pasts.

New Year’s Eve, 1929. Millie is the emcee of the Cloak & Dagger, an LGBTQ-friendly speakeasy deep in the heart of the French Quarter, full of bootleg booze, cabaret acts, and where the New Orleans elite comes out to play. Her best friend, Marion, is the star of the show–his diehard fans wouldn’t miss a performance from the boy in the red dress. And together they rule the underground scene.

Then a young socialite draped in furs starts asking questions, wielding a photograph of a boy who looks a lot like Marion. When the socialite’s body is found slumped in the back alley, all signs point to Marion as the murderer. Millie is determined to prove her best friend’s innocence, even if that means risking her own life. As she chases clues that lead to cemeteries and dead ends, Millie’s attention is divided between the wry and beautiful Olive, a waitress at the Cloak & Dagger, and Bennie, the charming bootlegger who’s offered to help her find the murderer. The clock is ticking for the fugitive Marion, but the truth of who the killer is might be closer than Millie thinks.