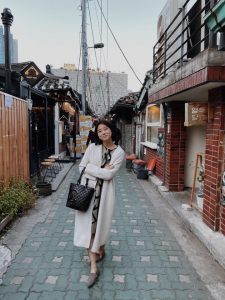 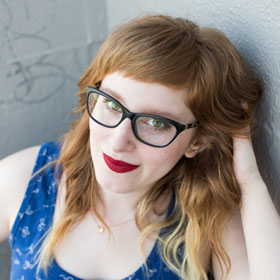 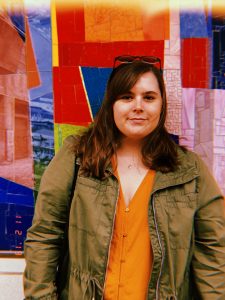 Rachel & Kelsey, why did you choose Claire?

We fell in love with Claire’s concept from the first sentence of her query, and as we kept reading submissions, we kept going back to hers and tossing around ideas for it. We hadn’t read a YA set in Korea, and Claire is the perfect person to tell this story — not only did she grow up there, but we found out from Twitter-stalking her during the reading period that she was actually visiting Korea and doing research! So we knew she was deeply committed to this book. Based on her answers to our survey, we could tell she would bring a great energy to her revision — and she did!

Claire, why did you choose to submit to Rachel & Kelsey?

I want to answer this question with a reasonable number of words, so here goes:

1) I thought it was the loveliest and funniest thing that Kelsey and Rachel answered each other’s bios. It showed me immediately that these are the types of humans that invest in others fully and unabashedly.
2) Their first sentence explaining their mentoring style includes the word ‘hands-on,’ which was about 90% of what I wanted in a mentor(s). They also mentioned that they are available through basically any mode of communication, so hello, it me, the woman who never stops talking and asking questions.
3) A lot of what they were looking for seemed to match the things held close to my heart and things I had tried to incorporate into my book, so that was more of a logical decision.

Largely, my decision to submit to them was because I felt an immediate personality compatibility vibe and wanted to get to know these two humans beyond their bio basics and mentoring styles.

Claire, summarize your book in 3 words.

Rachel & Kelsey, tell us about yourself. Something we may not already know.

Rachel: It’s tough trying to come up with an answer to this one after being part of Pitch Wars for so many years, haha! How about this: Kelsey and I initially met because we were both tweeting about a book we were obsessed with (THE HATING GAME), and now, 3.5 years later, I don’t think we’ve ever gone more than 48 hours without talking to each other on some platform or another.

Claire, what do you hope to get out of the Pitch Wars experience?

Honestly, I’ve already gotten what my bigger hope was: mentors-turned-friends and a three amazing mentee friends that are all planning to meet post PW. What I wanted more than anything was a writing community through PW and to expand my writing network, and hey, I got it! What a treat it has been.

Obviously, I would like an agent, but who doesn’t? I got something greater, heh. Sometimes, I am cheesy.

Claire, tell us about yourself! What makes you and your manuscript unique?

I was born and raised in Seoul, South Korea, only coming to New York for college (NYU). Even though I grew up with an international community in Seoul, it was a true culture shock coming to America as an adult (though I spent a bit of my elementary years in California). It was only when I arrived in New York that I realized how ‘Korean’ I really was. In Korea, I used to brag about how ‘American’ I was, so there’s just a lot of hilarious irony there. In my book, my MC is the flip-flop: she is born and raised in NY, then gets forcibly relocated to Seoul as a junior in high school. It’s reverse culture-shock; my hope is that my story resonates with readers who have also once felt different and confused by their own supposed culture. 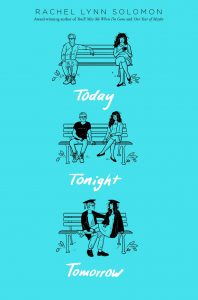 Today, she hates him.

It’s the last day of senior year. Rowan Roth and Neil McNair have been bitter rivals for all of high school, clashing on test scores, student council elections, and even gym class pull-up contests. While Rowan, who secretly wants to write romance novels, is anxious about the future, she’d love to beat her infuriating nemesis one last time.

Tonight, she puts up with him.

When Neil is named valedictorian, Rowan has only one chance at victory: Howl, a senior class game that takes them all over Seattle, a farewell tour of the city she loves. But after learning a group of seniors is out to get them, she and Neil reluctantly decide to team up until they’re the last players left—and then they’ll destroy each other.

As Rowan spends more time with Neil, she realizes he’s much more than the awkward linguistics nerd she’s sparred with for the past four years. And, perhaps, this boy she claims to despise might actually be the boy of her dreams.

Tomorrow…maybe she’s already fallen for him.