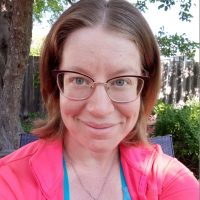 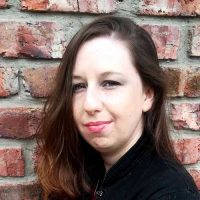 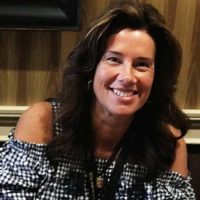 Anne & Janet, why did you choose Cath?

Janet: When I kept bursting out laughing while reading, and texting Anne every other page (pretty sure it was like, 2 a.m. her time, and she legit had grounds to block me), I knew this manuscript was going to the top of our list. I also loved that Cath’s MC flipped the UF heroine trope on its head, relying on the scientific method, centrifuges, and flying under the radar instead of muscle, magic, and firepower.

After reading Cath’s thoughtful answers to our original questions, and her enthusiasm for our proposed potential revisions in the later questions, that cinched the deal. Referencing The Great British Baking Show as self-care in her story didn’t hurt, either.

Anne: We fell for Cath’s Urban Fantasy (MAGICAL HAZMAT) straight away! It’s got such a great hook and a really exciting premise. On top of that, Cath’s a fantastic writer with some experience under her belt already, which was a plus for us. But what sealed the deal (besides the Old Irish Goat side character who is hella fun), was that Janet and I had a clear revision plan. We knew exactly how to help her and where, and we have faith she’ll be able to tackle the revisions. We’re extremely excited for everyone to get to meet her non-combatant heroine, Dodge, as she takes on the world of magic…with SCIENCE and her whip-smart intelligence!

Cath, why did you choose to submit to Anne & Janet?

Anne and Janet were at the top of my list of mentor hopefuls from the very beginning. As soon as I read their wish list, I knew that I’d found my kind of people. They had some of my own favorites in their list of examples, and they were explicitly accepting my book’s genre, which is urban fantasy. They were cool with heroines getting shit done and cinnamon roll boys, which also fit my story to a T. Subbing to a team was a little intimidating–two people to impress instead of one, omg–but it also meant that if I got picked, I’d get a lot of attention. I had to try.

Cath, summarize your book in 3 words.

Anne & Janet, tell us about yourself. Something we may not already know.

Janet: I will surprise exactly no one that I met my husband when I punched his then-BFF during AP Biology class.

Anne: Besides writing books, I also design covers for indie authors! I got started when my Pitch Wars mentor (from when I was a mentee in 2017) was looking into self-publishing and needed a cover. I said, “hey, I could probably make that for you and save a bit of money.” It’s still a baby business, but an unexpected side hustle that indirectly came from my Pitch Wars experience. I probably wouldn’t have gotten into it if it wasn’t for my mentor needing a cover and trusting me to create it. Her books are doing really well and it’s fun to see my covers next to those coveted Amazon best seller flags!

Cath, what do you hope to get out of the Pitch Wars experience?

I want to learn how to tackle the hard things in a book–deep character motivation, weaving together numerous plot threads, getting rid of good things that just don’t fit–and to make it the absolute best it can be before querying. I want to get a sense of community with like-minded people, which is already happening and something I feel so fortunate for. I also want to expand my circle of friends, which is also happening–my mentors have been nothing but delightful and encouraging to me.

Cath, tell us about yourself! What makes you and your manuscript unique?

I think that the thing that makes my story unique for the urban fantasy genre is that my lead character isn’t a combatant. She’s not a martial badass, she doesn’t know how to fight, and she can’t cast spells and heal wounds with her special powers. She’s a scientist, and that’s how she tries to solve things. This book was funny for me to write because in a lot of ways, it feels like just a side-step away from me–I’m not a scientist, but I’m married to one. I’ve never wrestled a basilisk (yeah, that happens in here) but I have wrestled an alligator. I’ve never run my own business, except I kind of am these days. It’s exciting to write, and I hope it’ll be exciting to read, too.

Due out in the Spring of 2020 from City Owl Press. SWEET HOME ALABAMA meets TOP CHEF when Miami’s most determined image consultant clashes with Samoa’s most uncooperative chef, in an effort to rebrand him as South Beach’s newest star. For a sneak peek, click here.