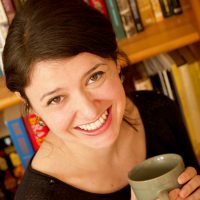 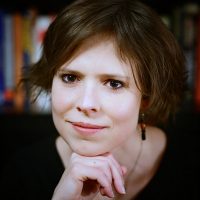 Sam, why did you choose Beth?

I adored Beth’s stellar voice! From the first pages, she had me laughing out loud, gasping, and *feeling* for these characters. Plus, I’ve been in the mood for a good ghost story (but one that’s not too creepy, I scare easily), so I was instantly intrigued by the ibbur folklore in this Jewish #ownvoices manuscript. Add to that a mostly female cast and powerful themes of believing women and boosting their voices–what’s not to love? I’m thrilled and honored to work with Beth on this story.

Beth, why did you choose to submit to Sam?

There were several things that drew me to Sam as a potential mentor. I really appreciated her description of her mentoring style, especially this one little line: “I do not believe critique must be brutal to be helpful.” YES YES YES. I love strong, shake-things-up feedback – and when the critique is delivered with warmth and encouragement, that makes me even more open to re-examining everything. Another reason I gravitated toward Sam was because of what she mentioned as far as her story-strengthening super powers, namely clarifying character motivation and raising the stakes; I knew those were things my manuscript needed. Also, the stories she’s writing are all things I’d *totally* add to my #tbr – as should everyone!

Beth, summarize your book in 3 words.

Sam, tell us about yourself. Something we may not already know.

In college, I did a summer study-abroad in Greece and Turkey, during which I did smart things like become lost in Athens while searching for my camera’s missing memory card; run at a poolside, fall, and smack my head on concrete (I was okay!); and get on a bus without any idea where it was going. I also watched a sunset on Santorini, ran a race on an ancient Greek track, swam in the Aegean Sea, and explored ruins in Ephesus, including the Library of Celsus.

Beth, what do you hope to get out of the Pitch Wars experience?

I want to overhaul what I think is a manuscript with a great premise into an actually-great, fully-realized story – and then have an agent fall in love with it, and help me continue on this long strange trip that is publishing! I also want to develop a rapport with my mentor and connect with the other amazing writers in the Pitch Wars class of ’19. Hopefully the bonds we form over these intense few months will benefit us all throughout Pitch Wars and beyond. Having good writer-friends and allies feels really vital in the often-discouraging process of bringing books into the world.

Beth, tell us about yourself! What makes you and your manuscript unique?

One of my Twitter-bio-statements is “redefining Jewish-mother stereotypes.” When most people hear Jewish mother, a 30-something over-caffeinated theatre nerd writing ghost stories is not who they tend to picture. I’m here to change that. (Although if you come to my home I WILL overfeed you, so I’m not busting ALL the stereotypes.)

As for my manuscript, it’s a feminist reclamation of creepy Jewish folklore, featuring strong women and fierce friendships and a type of ghost you’ve probably never heard of (so far I’ve found ONE other novel about ibbur), so I think that’s pretty unique!

Oksana and Pran weren’t born fire-breathing monsters. But the Vesimaan Empire kidnapped them. Transformed them. Demonized them.

Now spitting flames and with eyes stained black, they are forced into the army. They must burn anyone who opposes the empire… or be incinerated themselves. Their only comforts are the kisses they steal in shadows as they dream of a life together in freedom.

After a troop of fellow soldiers escapes the copper fortress, Pran and Oksana vow to take action. Oksana is hellbent on disbanding the army and returning home. But Pran is determined to become the army’s new master—by any means necessary—and destroy the empire.

In this land of ashen-gray morals, the more Pran and Oksana chase the murky paths to freedom, the more they torch their ties to each other.