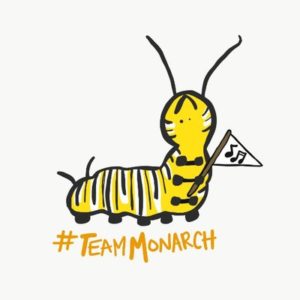 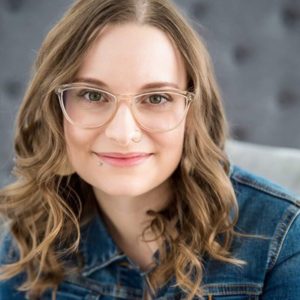 Valerie, why did you choose to submit to Ashely?

First, I should say that I subbed to Ashley last year, too, so clearly she was a dream mentor of mine! I submitted to her again because in the end, I want to come out of this experience with a compelling, all-the-feels story that knocks the socks off anyone who reads it. Between the Pitch Wars Live show and a year of seeing her on Twitter, I knew that Ashley didn’t mess around — she would dive into my story and come up with all sorts of wonderful (and maybe hard, but so wonderful I wouldn’t care about the hard) ways to make the story better. And she HAS! Ashley zeroed in the heart of the book and gave me a thoughtful, insightful dream of an edit letter. I’m still beside myself with excitement for her mentorship and this incredible opportunity.

Ashley, why did you choose Valerie?

I fell in love with several unique aspects of Valerie’s book and it wasn’t long before my heart told me it was the one! As soon as I found out part of the plot involved the MC raising Monarch butterflies, I was intrigued—as a homeschool student I once raised butterflies for a school project, and my whole life I’ve loved books that teach me something scientific in the midst of the story. The more I read, the more the heart of FIRST CHAIR and its MC, Lula, really resonated with me; the story feels deeply authentic and I love that it’s grounded in family and friendship. Much like Lula, I’m a lists gal (there’s something so satisfying about checking off a completed goal) and I totally sympathize with her driven-to-a-fault personality. Valerie has successfully created a character who is both flawed and lovable, and who you can’t help but root for to the very end! Add to that a strong vision for how I could help and Valerie’s obvious passion and commitment to taking her story to the next level, and it felt like the perfect match!

Valerie, summarize your book in 3 words.

Valerie, tell us about yourself! What makes you and your MS unique?

After trying my hand at more fantasy-tinged stories, I finally decided to write the contemporary book of my heart. FIRST CHAIR is my middle-grade love song for all the band nerds, including myself. I played flute from fourth through twelfth grade (including marching band, woo!), and even started college as a music major. I had visions of being a professional musician in a symphony somewhere and it seemed very dreamy and romantic. (Spoiler alert: spending hours by yourself, practicing in a tiny room? Not dreamy or romantic.)

FIRST CHAIR is about Lula James, a 12-year-old girl who has big goals: making first chair flute, raising Monarchs in time for the fall migration, keeping her best friend, and getting her parents to pay more attention to her. And those goals leads to all kinds of interesting problems for Lula to sort out. I also wanted to write a story about a biracial girl where her biracial-ness wasn’t a plot point. Sure, it’s noted, but the fact that Lula has a black mom and a white dad is just that: a fact. I have a biracial daughter who’s 13, and the delight she gets in seeing others like her is palpable. Kids need more books about kids who look like them, and I’m hoping this story eventually gets to be one of those books.

Ashley, tell us about yourself. Something we may not already know.

Unlike Valerie and Lula, I am NOT musically inclined! As a kid I tried, and took lessons in four different instruments through my elementary and middle school years: flute, guitar, fiddle, and drums. Eventually I realized music was not my thing and decided to stick with words! 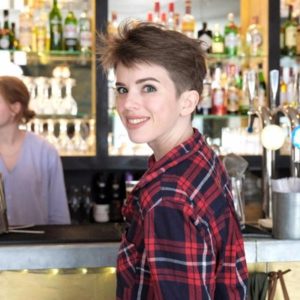 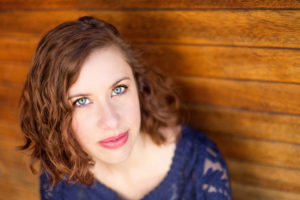 Victoria, why did you choose to submit to Emily ?

Well, for one, I loved Emily’s book THE YEAR WE FELL APART. I’d also seen Emily’s website and wishlist and I felt like many of the elements she wanted in a story were ones I could offer. Antiheroes? Check. Characters with messy histories? Check. Intersecting character backstories? Ummm yes. Unusual settings and slow-burning romances with unique structure? Check check check. Unreliable narrators? Extra-check.

But I wasn’t sure if she was taking fantasy, since her wishlist just said “contemporary with speculative elements.” So I put her on my spreadsheet as “I really really really wanna sub this mentor but need to figure out if she would even like my genre.” Lucky for me, later that same day Emily hearted my pimp my bio on twitter and started up a conversation. Turns out, she did her graduate work in North Carolina, where I’m from and where THE FEVER KING is set! (Of course, she was at Duke, which is a Problem since I’m a Carolina girl, but we’re working past our differences.) We chatted for a while about NC and setting and eventually I worked up the nerve to ask if she would be maybe sorta kinda interested in a contemporary fantasy set in NC. And SHE WAS! Cue me highlighting her name on my mentor spreadsheet so fast I probably broke the sound barrier.

Emily, why did you choose Victoria?

Victoria’s project first caught my eye on twitter and I was so excited when I saw it pop up in my inbox! It’s such a unique premise, set in a speculative Durham, NC (where I went to grad school!), and her pages totally delivered!

In the end, I chose to work with Victoria because I could not stop thinking about THE FEVER KING. I had so many revision ideas, and Victoria seemed really open to feedback and changes, so it felt like the perfect match!

Victoria, summarize your book in 3 words.

Victoria, tell us about yourself! What makes you and your MS unique?

The first thing you need to know about me is that I like bananas on my pizza.

Now that that’s out of the way, more writing-specific—

When I applied to college, the prompt for the personal essay asked me to talk about a time I sympathized more with the villain or side-kick than the protagonist. This was an easy question for me to answer, because I’ve always been more interested in why people do the wrong thing than why they do the right thing. When I started my Ph.D. in psychology, too, a lot of my research focused on morality and empathy (and the lack thereof)—partly because I was so interested in those kinds of characters in fiction. Fictionally, we expect our protagonists to be heroes. When I started writing THE FEVER KING, I wanted to write about the moral decay of a would-be hero and his slow descent toward a villainous end. After all, everyone’s the hero of their own story—under the right circumstances, anyone could do terrible things.

Much of THE FEVER KING is also a story about people facing trauma and how they respond to it. We see three characters face trauma and react in different ways, and this has huge repercussions both for them and the world they live in. My main character is the child of refugees and has spent his whole life fighting for refugee rights—but when he gains magical powers, he’s immediately elevated to a position of privilege and power in his society. As someone with multiple intersecting marginalized identities as well as some majority group identities, writing THE FEVER KING was also a chance to write about intersectionality and the ways in which someone can have both a lot of privilege and experience institutional oppression for other identities they possess.

I have a masters in Environmental Management and know a lot about recycling and hazardous waste! So if you ever need to know how to properly clean up a mercury spill…I’m your girl! 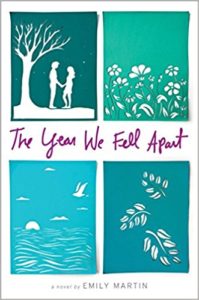 The Year We Fell Apart by Emily Martin

Few things come as naturally to Harper as epic mistakes. In the past year she was kicked off the swim team, earned a reputation as Carson High’s easiest hook-up, and officially became the black sheep of her family. But her worst mistake was destroying her relationship with her best friend, Declan.

Now, after two semesters of silence, Declan is home from boarding school for the summer. Everything about him is different—he’s taller, stronger…more handsome. Harper has changed, too, especially in the wake of her mom’s cancer diagnosis.

While Declan wants nothing to do with Harper, he’s still Declan, her Declan, and the only person she wants to talk to about what’s really going on. But he’s also the one person she’s lost the right to seek comfort from.

As their mutual friends and shared histories draw them together again, Harper and Declan must decide which parts of their past are still salvageable and which parts they’ll have to let go of once and for all.