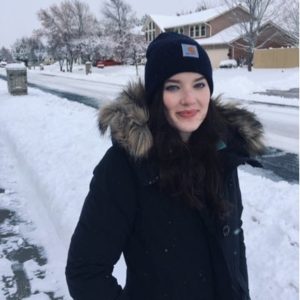 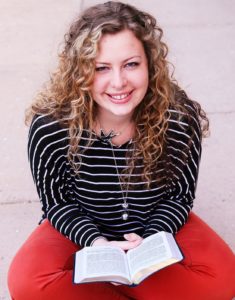 Sasha, why did you choose to submit to McKelle and Heather?

My project checked a lot of the boxes on Heather and McKelle’s wishlist (magic? check! historical? check! gritty? check!). I felt lucky that they seemed to be looking for a book like mine because I had long admired them both. I knew that McKelle could give me the help I needed making the historical setting come alive, and that Heather’s extensive editorial experience could really help me cut to the heart of this book.

And although not the reason I chose to submit to McKelle, but a fun coincidence (or fate??), two years ago I met her in line for a book signing in Salt Lake City, and struck up a conversation with her and (fellow 2017 mentee!) Molly Cluff about writing. In that conversation McKelle told me about this amazing program called Pitch Wars and encouraged me to look into applying. It feels a little poetic that over two years later we’re here, and I couldn’t be more excited.

McKelle and Heather, why did you choose Sasha?

McKelle: I actually saw Sasha post before Pitch Wars on Twitter for a “”first line”” challenge. I still remember it, “”The man in the bowler hat smelled distinctly of death,”” and thinking, “”Oh, that’s really good.”” When I found out she was entering Pitch Wars, I was dying for her to sub to me and Heather, but trying not to be creepy about it (and then when she did, hoping I loved the whole of it as much as the first line and premise). There are some manuscripts you just connect with instantly. There were some fabulous lines and smooth crisp writing (as that first line can tell you), but also the concept was just so juicy and great. When she first described some of the witches as wearing actual black capes, I thought, “”Oh yes, we’re going there, we’re doing this.”” I just love it. It’s atmospheric and creepy and historical and feminist, and I’m also very excited to work with Sasha as a writer. She’s a hard worker and dedicated to creating great stories and doing so sensitively and accurately.

Heather: The prologue left me breathless.

Sasha, summarize your book in 3 words.

Sasha, tell us about yourself! What makes you and your MS unique?

I’m from Salt Lake City, Utah, but am currently based in Washington DC, where my day job is working in public health. I’m one of four children, and my family has been incredibly supportive regarding “”The Book””, or “”Teen Witch””, or “”Witches and Friendship,”” (HAXAHAVEN’s name in the family group-text is always changing). When I’m not day dreaming about witches or returning to the mountains, I’m reading, dancing ballet, or watching really terrible reality tv with my roommate.

HAXAHAVEN sprung from a conversation with my little sister about Tammany Hall (the political organization that ran New York from the late 1800s until the 1920s), and the academy for witches itself is based off of the Tuberculosis Sanitorium in Upstate New York my grandmother spent time in in the 1930s. I was intrigued by 1911, which was this very strange, transitional time in American History, particularly regarding what it meant to be a woman. Throw in the complication of magic, accidental stabbings, cute boys, and intense female friendship, and I had an idea that wouldn’t leave me alone until I put it down on paper.

McKelle and Heather, tell us about yourself. Something we may not already know.

McKelle: I once skinny-dipped in the English channel, and I’m fluent in Hungarian.

Heather: I grew up slaughtering chickens and riding horses in Arizona. 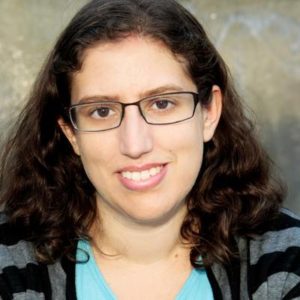 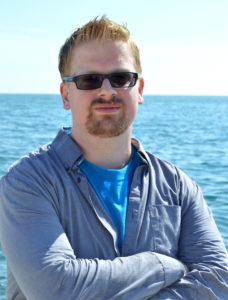 Sarah, why did you choose to submit to Mike?

Mike asked for contemporary MG with voice and was especially interested in neurodivergent characters done respectfully. That sounded like my book, so naturally I had to submit to him. I was also eager to work with him because he’s a fifth grade teacher. Since I’m writing for middle grade kids, I want to make sure that the book rings true to their experiences, so receiving input from someone who spends time with that audience every day sounded like exactly what I needed.

Mike, why did you choose Sarah?

Because she’s amazing! Because she inspires hyperbole! But to be more specific, her manuscript, THE UNHITTABLE VJC, hit very close to home (baseball pun not intended). I mentioned in my wish list that I’m always looking for the next book I didn’t realize I needed, and Sarah’s manuscript was exactly that. I’d been cautiously optimistic, hoping someone would submit a great story with an authentic autistic narrator, but I hadn’t held out much hope that I’d receive one that rang so true to my experience and others I’ve known. As for the baseball angle, I’ve never been a huge baseball fan, but I was raised in a Cubs family so this past season was pretty amazing to watch. Not to mention that Sarah’s voice is so strong she could have written about root canals and I would’ve been on board!

Sarah, summarize your book in 3 words.

Sarah, tell us about yourself! What makes you and your MS unique?

THE UNHITTABLE VJC is an #ownvoices book for autistic representation, written in epistolary format. It tells the story of Vivy Cohen, an 11-year old autistic girl who joins a Little League team as a knuckleball pitcher. Throughout her season, Vivy writes letters to her favorite player–and he writes back. With his help, she must find a way to convince her overprotective parents that she deserves to keep playing baseball and make decisions for herself. The book really brings together several of my own passions, namely my love for baseball, my feminism, and my advocacy for the neurodiversity movement. (The neurodiversity movement is a political movement advocating for full acceptance and rights for people who are differently-brained, including autistic people.)

I wanted to write a children’s book about a disabled girl’s experience that really made her the star of the show. But I didn’t want to write a Disability Book in the didactic sense. By that I mean the books where it feels like the whole point is to teach “”normal”” kids that they should be nice to disabled kids or something really trite like that. Instead, I wanted to show a disabled character doing the same things that all kids do. I think all kids, disabled and not, should be able to read books about disabled protagonists that are actually fun and speak to their experiences: family, friends, and the tough work of growing up. Sports seemed like a great vehicle for doing all of that.

Mike, tell us about yourself. Something we may not already know.

I am good at making myself laugh.

I like scary video games way more than a children’s author and fifth grade teacher should. 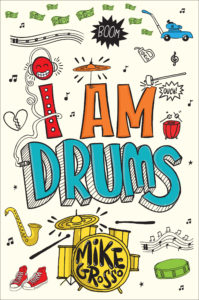 I AM DRUMS by Mike Grosso

Sam knows she wants to be a drummer. But she doesn’t know how to afford a drum kit, or why budget cuts end her school’s music program, or why her parents argue so much, or even how to explain her dream to other people.

But drums sound all the time in Sam’s head, and she’d do just about anything to play them out loud—even lie to her family if she has to. Will the cost of chasing her dream be too high?

An exciting new voice in contemporary middle grade, Mike Grosso creates a determined heroine readers will identify with and cheer for. 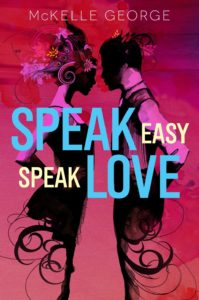 Six teenagers’ lives intertwine during one thrilling summer full of romantic misunderstandings and dangerous deals in this sparkling retelling of Shakespeare’s Much Ado About Nothing.

After she gets kicked out of boarding school, seventeen-year-old Beatrice goes to her uncle’s estate on Long Island. But Hey Nonny Nonny is more than just a rundown old mansion. Beatrice’s cousin, Hero, runs a struggling speakeasy out of the basement—one that might not survive the summer.

Along with Prince, a poor young man determined to prove his worth; his brother, John, a dark and dangerous agent of the local mob; Benedick, a handsome trust-fund kid trying to become a writer; and Maggie, a beautiful and talented singer; Beatrice and Hero throw all their efforts into planning a massive party to save the speakeasy. Despite all their worries, the summer is beautiful, love is in the air, and Beatrice and Benedick are caught up in a romantic battle of wits that their friends might be quietly orchestrating in the background.