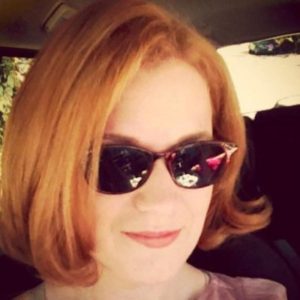 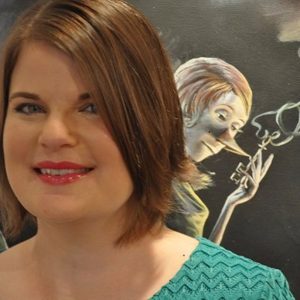 Robin, why did you choose to submit to Rebecca?

I loved that Rebecca said she “geeks out for science” in her blog post. Messing around with quantum physics is a big part of my manuscript and I really wanted a mentor who would resonate with that. But even more than that, her reputation for being a plotting genius precedes her. I love to make characters say clever things and build interesting worlds, but hitting the beats makes me beat my own head against my desk. I knew I specifically needed her help and just crossed all the things hoping she’d love my story enough to offer it.

Rebecca, why did you choose Robin?

FRENCH BRAIDS AND OTHER ENTANGLEMENTS is smart, funny, and full of heart. The world-building is like an ice cream swirl of The Jetsons and Flubber, and uses math, science, and the art of French braids to tell a fantastic story of friendship that cannot be contained in a single version of the world. The story is out of this world!

Robin, summarize your book in 3 words.

Robin, tell us about yourself! What makes you and your MS unique?

I think girls are so interesting. I know people who love babies and people who have a gift with the elderly, but tween girls are my favorite. It’s why I went into teaching, and why I volunteered at a hospital, and what I keep as a focus for what comes next. This manuscript has a retro-futuristic vibe, has girls crossing the multiverse and worrying about quantum entanglement and also YouTube and hairstyles and finding your best friend, because I think all of that (at least metaphorically) is what it means to be a 12-year-old girl. You have these wild crazy interests, and boldness that gets you into harrowing situations, and you’re also sometimes super afraid someone just won’t like your hair. So I wanted to try to do them justice and also create a fun adventure in a world they might want to hang out in.

Last year I cut my own hair. I put it in two pigtails, made three cuts–done. It was incredibly empowering. And it’s time to do it again! 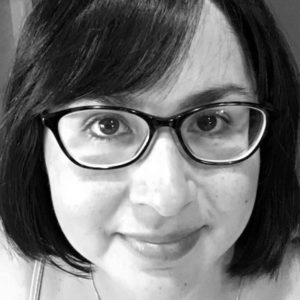 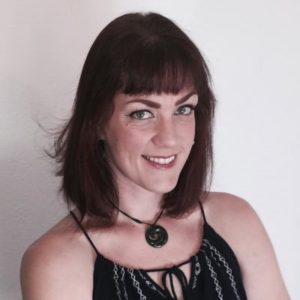 Robin, why did you choose to submit to Katrina?

I was so excited when I read Katrina’s wish list. First, she requested not just mystery but genre-bending mystery. Second, my manuscript has many of the elements she mentioned, including own voices Latinx rep and complex women populating its pages. The story has a lot of South American influence to it, so it’s great that we have that shared cultural background—not to mention I hardly ever see people specifically requesting South American voices. I definitely felt like my story would be safe with Katrina. She shares my goal of representing the diverse world we live in without falling into harmful tropes involving marginalized populations. Finally, although her debut novel CIPHER isn’t out yet, it sounds amazing!

Katrina, why did you choose Robin?

I chose Robin’s novel, INTO THE FIRE, because I loved the premise, her main character, and her writing style. Also, as a Latinx author, I was particularly interested in projects by other Latinx authors. Robin’s book grabbed my attention and didn’t let go! I’d pitch her novel as an all-female Ghostbusters meets “Castle,” with a Latinx twist. It features a hilarious Ecuadorian-American MC, and has some deliciously spooky elements.

Robin, summarize your book in 3 words.

Robin, tell us about yourself! What makes you and your MS unique?

When I mention I’m writing a novel everyone always asks if it’s about a pathologist. Believe me, I’ve tried to think of a way to make staring into a microscope for hours at a time sound exciting! But I did want to tell a story I could see myself fitting into, starting with an Ecuadorian American heroine and involving a healthy dose of Incan-inspired mythology. I loved the X-Files growing up, and you can see its influence not just in the banter between the two main detectives, but also in the spooky, “did that really happen?” kind of supernatural events that take place. The story is meant to inhabit that liminal space between what you know to be true about the natural world and what you feel you’ve just experienced, where so many interesting things happen. Plus it’s got witches.

Katrina, tell us about yourself. Something we may not already know.

I love playing sports. I joined a boxing gym as research for CIPHER (which has several characters who are boxers), and ended up falling in love with boxing! I’ve played basketball and rowed competitively, I enjoy powerlifting, and I recently joined an amazing crossfit gym. 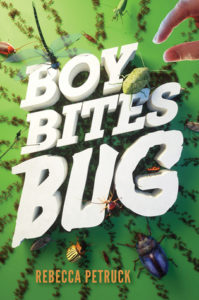 Will didn’t plan to eat a stinkbug. But when his friend Darryl called new kid Eloy Herrera a racial slur, Will did it as a diversion. Now Will is Bug Boy, and everyone is cracking up inventing insect meals for him, like French flies and maggot-aroni and fleas. Turns out eating bugs for food is a real thing, called entomophagy. Deciding that means he can use a class project to feed everyone grasshoppers, Will bargains for Eloy’s help in exchange for helping him with wrestling, but their growing friendship only ticks off Darryl more. Will may have bitten off more than he can chew as crickets, earthworm jerky—even a scorpion—end up on his plate, but insects are the least of his problems. When things with Darryl and Eloy heat up, Will wrestles with questions of loyalty, honor—and that maybe not all friendships are worth fighting for.

The debut novel centers on a detective named Alma who infiltrates a Washington Territory opium smuggling ring while disguised as a man.

Once she’s insinuated herself, Alma must create an ever-more-elaborate series of alibis while sending coded dispatches to the Pinkertons as well as managing her physical attraction to Delphine, the head of the smuggling ring, and Wheeler, the local boss.