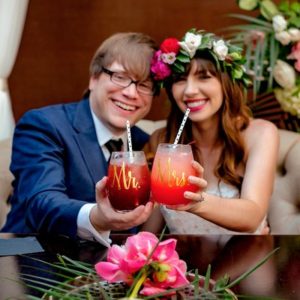 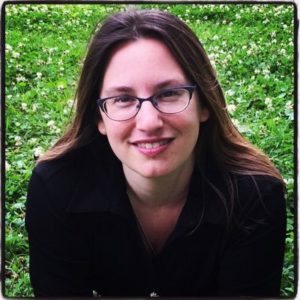 Megan, why did you choose to submit to Emily?

The possibility of collaborating with Emily made me really excited right from the start. I could tell from her wishlist page that she was an earnest, funny, and caring person. I was also looking to forge a long term friendship and critique partnership with my mentor. So when Emily said “I’ll be your biggest cheerleader,” I knew I wanted to work with her.

Luckily, we had a lot in common… and she liked my urban fantasy with its crazy, jagged romance: HOUSE OF ASH AND BRIMSTONE.

Emily, why did you choose Megan?

I feel like her book chose *me,* not the other way around. To plagiarize the edit letter I sent Megan, I fell in love with the nuanced characters, the original world she’s built for them, the impossible situations in which they find themselves, and the transformations they undergo over the course of the story. The relationship between the two main characters, Gisele and Shade, was by turns compelling, original, heartbreaking, and HOT–and the suspense was of the nail-biting variety. I was haunted by the book, couldn’t stop thinking about it. About halfway through, I realized how much I cared about what happened to Shade and Gigi…how invested in them I’d become. Three quarters of the way in, I started to dream about them at night. By the time I finished the last page, I decided there was no point in fighting fate!

Megan, tell us about yourself! What makes you and your MS unique?

HOUSE OF ASH AND BRIMSTONE features an urban fantasy world in which soul-bound dragons exist, shapeshifting demon guards who are bred and trained to sacrifice everything—including their own lives—to serve their masters.

As a young soul-bound, Shade falls into forbidden love with Gisele, the child princess he’s sworn to serve. But he is soon heartbroken when he believes he’s witnessed Gisele’s murder in a plot to eliminate her ascent to the throne. Wishing only to follow her into death, instead he’s bound to Gisele’s supposed murderer, her brother Rhogan, and is forced for years to serve Rhogan’s cruel and immoral ends. When Shade discovers that his princess is still alive—that she’s been living, hidden in the human world, for the past decade—nothing can keep him from her side.

There’s just one problem—an abandoned child who’s grown into a tough-as-nails paranormal bounty hunter, Gisele has no memories of her past, including him, and Shade has signed a demon contract that prevents him from telling her the truth. Worse, she can’t stand him, despite the white-hot attraction that arcs between them. But when a monster straight from the deepest reaches of Hell makes repeated threats on Gisele’s life—and Shade’s allegiance is called into question—the princess-turned-bounty-hunter is forced to confront her true identity. To save herself and free her soul-bound, she must venture back into the twisted heart of the demon court where she nearly lost her life so many years ago.

What I really like about HOUSE OF ASH AND BRIMSTONE is that Shade is more dangerous and deadly than either Rhogan or Gisele, but because he’s a soul-bound, he often has no control over how or against whom his power is used. Shade is also bigger, stronger, and a better fighter than Gisele, yet he’s at her mercy, creating a mesmerizing power dynamic between them. The fact that she first doesn’t know she holds this power over him, and then she wants to release him from it—while for years he’s longed only to be accepted at her side—really amps the tension in their relationship.

I’m 32 and live in Southern California with my husband and our kitty-cat, Sushi. I’m a video game writer with a knack for creating memorable villains. I like swimming, snowboarding, froyo, all things cute, sunshine, and writing.

Two summers before my last semester of college, I ran a Coney Island tattoo and piercing show, interned at the Children’s Television Workshop, and served as temporary chauffeur for the Golden Knights parachute team. It was a busy couple of months! 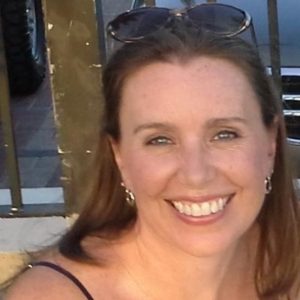 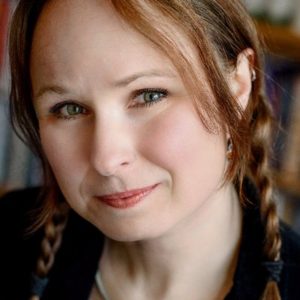 Melanie, why did you choose to submit to K.A.?

My selection approach was as much instinct as it was analytical. I sought mentors who not only I thought my book would appeal to but also, mentors who I hoped with whom I could establish a genuine connection. I had a pretty good idea of the weaknesses in my story but didn’t know how to fix on my own so I looked for mentors who I thought could help me in those areas. I’m so fortunate that my path has led me to Kristin. She is funny, engaging, and she nailed exactly what my book needs. I couldn’t ask for a better mentor!

K.A., why did you choose Melanie?

From the first few pages, I knew Melanie’s book was The One. Right away it spoke to me. From the voice to the story, the main character’s fascination with STEM and marine biology and pro-level of sass, Ride The River had that small whisper that called to me and spoke directly to my heart.

Rory, the main character, and I have a lot in common. Rory’s father left her mother the moment he found out she was pregnant with Rory–my biological dad did that, too. Rory’s mom abandons her later in the story and leaves Rory with her grandmother, my mom took her own life when I was seven and left me behind in a terrible situation. But eventually, my grandmother saved me, later adopted and raised me–Rory’s grams and mine are saints! Rory is a bit of a misfit, and goodness knows, so am I. Smart, anxious, feeling like a fish out of water wherever we go. So when Rory’s grandmother sends her to her aunt and uncle’s lake house for the summer to hang out with her cousins and maybe try to heal, Rory feels left behind by her grams, too. But when Rory starts finding old bottles in the lake filled with secret messages–written by a girl going through the same sort of struggles–Rory finds more that summer than she bargained for.

I really felt for Rory. She struggles with finding out where she belongs in a world that keeps leaving her behind. I’ve been there and just wanted to scoop her up and help her. Plus, the entire book has this Because of Winn Dixie voice, a great plot filled with unexpected friendships, family drama, STEM, an intelligent and sassy main character with a love for making lists, a kick-ass grandmother, secret messages in bottles, and a great plot.

What’s not to love?

Melanie, summarize your book in 3 words.

Melanie, tell us about yourself! What makes you and your MS unique?

I am an elementary school teacher by day. I’ve always loved writing. English/Language Arts was my favorite subject in school but it was actually because of teaching that I became a writer. I saw the effect that books had on my students and I wanted to be part of that world.

The inspiration for my Pitch Wars MG contemporary came from so many places. It’s this mesh of ideas. I developed the concept after reading a news article many years ago. The setting was inspired by a summer trip and one of the most significant characters is based on a previous student I taught.

The MC is this super-smart tomboy who has a passion for Science, which allows her to relate to the world in a unique way. I want kids to read this and realize they don’t have to fit into a certain label. They can just be who they are.

K.A., tell us about yourself. Something we may not already know.

Oh lord. There are so many weird things! I had a really horrible childhood filled with real live human monsters, but later, an equal number of saviors. As an adult, I lost a home and all our belongings to a puff-back. We bought a home a few months later, which burned to the ground eight months after that. Then we rebuilt our dream house only to lose it to foreclosure after the housing crisis hit and my husband’s house building business went under.

Oh, and right before our house burned down, a real live spaceship shot about ten feet over our roof while we were on the deck, colored circle of lights and everything. I kid you not, it was the most terrifyingly exhilarating epic experience ever! I could seriously tell you a thousand more strange things, but then you’d think I was showing off. Ha ha.

Check out the Book Trailer!

Isabel Griffin has done her best to move on since her boyfriend, Max Adair, vanished without a trace eight years ago, leaving her heartbroken—and pregnant. Eerily enough, this isn’t the first time someone Isabel loves has gone missing. When she was sixteen, her mother disappeared, and her father became obsessed with finding his long-lost wife—at the expense of parenting Isabel.

Determined not to repeat her father’s mistakes, Isabel works hard to become a respected archaeologist and a loving mother to her daughter, Finn, a little girl with very unusual abilities. But while Isabel is on a dig in Barbados, she receives a disturbing phone call. The hauntingly familiar voice on the other end speaks just four words—“Isabel. Keep her safe.”—before they’re disconnected.

Isabel tries to convince herself that the caller can’t possibly be Max. But what if it is, and Finn is in danger? As one mysterious event after another occurs, she can’t shake the feeling that, despite what everyone else believes, Finn’s father is alive—and he’s desperately trying to reach her. 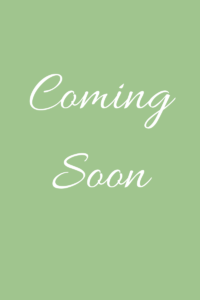 K.A. Reynolds’ Debut MG Fantasy titled THE LAND OF YESTERDAY will be out by HarperCollins summer 2018.

After Cecelia Dahl’s little brother, Celadon, dies tragically, his soul goes where all souls go: The Land of Yesterday. And Cecelia is left behind in a fractured world without him. Her beloved house’s spirit is crumbling beyond repair, her father is imprisoned by sorrow, and worst of all, her grief-stricken mother abandons the land of the living to follow Celadon into Yesterday.

It’s up to Cecelia to put her family back together, even if that means venturing into the dark and forbidden Land of Yesterday on her own. But as Cecilia braves a hot air balloon commanded by two gnomes, a sea of daisies, and the Planet of Nightmares, it’s clear that even if she finds her family, she might not be able to save them. And if she’s not careful, she might just become a lost soul herself, trapped forever in Yesterday.