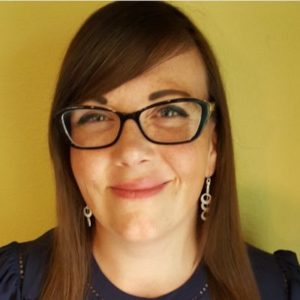 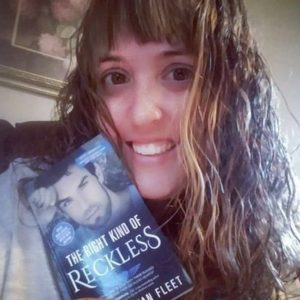 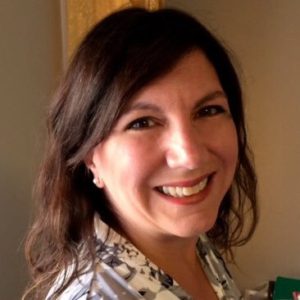 Lana, why did you choose to submit to Heather and Jessica?

All things romance! It was refreshing to find mentors who are as obsessed with romance as I am. From their wish list, you could really tell that they love the genre, and there were several things they were looking for that I had in my story. They also promised to make their future mentee work hard, and that’s exactly what I’ve been doing since I was picked. When I found out, I was at home trying to feed my kids. Let’s just say that feeding a six-month-old sweet potato puree is nearly impossible when your hands won’t stop shaking.

Heather and Jessica, why did you choose Lana?

We loved Lana’s concept and her friends to lovers romance! She writes with a sexy, romantic vibe that we couldn’t resist.

Lana, summarize your book in 3 words.

Lana, tell us about yourself! What makes you and your MS unique?

I read my first romance novel before I hit my teens, but it wasn’t until I was in college and working at an independent bookstore that I realized that was what I was writing. Whatever I write, and whatever I consume as a reader, I’m always looking for a romance angle. If you threw a geometry book in front of me, it wouldn’t be long before I’d be convinced that the parallelogram has been making eyes at the isosceles triangle. Bottom line, I live for love stories, whether real or imagined.

My manuscript begins with an impromptu birthday gift—an orgasm for each year of a friendship. The story is my take on the classic friends to lovers trope, but with added structure. My couple seek to compartmentalize their relationship as friends, business partners, and now, lovers, and only enter into their new special compartment with the use of a secret word.

Heather and Jessica, tell us about yourself. Something we may not already know.

Heather Van Fleet is stay-at-home-mom turned book boyfriend connoisseur. She’s a wife to her high school sweetheart, a mom to three little girls, and in her spare time you can find her with her head buried in her Kindle, guzzling down copious amounts of coffee.

Heather graduated from Black Hawk College in 2003 with an associate degree and has been working in the publishing industry for over five years. She’s represented by Stacey Donaghy of Donaghy Literary.

Jessica Calla is a contemporary romance and women’s fiction author who moonlights during the day as an attorney. If she’s not writing, lawyering, or parenting, you’ll most likely find her at the movies, scrolling through her Twitter feed, or gulping down various forms of caffeine (sometimes all three at once).

Jessica is a member of Romance Writers of America, involved in the Contemporary, Young Adult, and New Jersey Chapters, and is a member of the Women’s Fiction Writers Association. She is a mentor in the PitchWars contest, helping new writers improve their manuscripts. A Jersey girl through and through, she resides in the central part of the state with her husband, two sons, and dog. 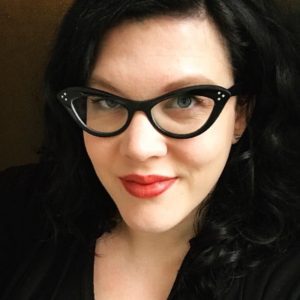 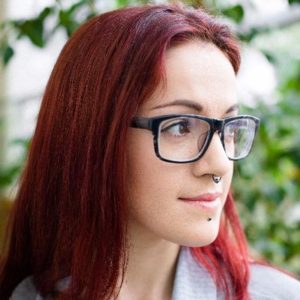 Layne, why did you choose to submit to Nina?

Nina specifically asked for dark stories, and her wish list called out a bunch of elements that matched up with my manuscript – antiheroes, sociopaths, the arts, downward spiral narratives, etc. Plus she included a GIF from The Craft, so I figured we’d get along.

I didn’t pick up Nina’s debut novel until after I sent in my submission, but once I read Girl Last Seen, I was even more thrilled about the prospect of working with her. I finished it in less than 24 hours, and days later I was still obsessing about the characters.

Nina, why did you choose Layne?

Layne’s book jumped out at me immediately! Books that deal with the art world (in this case, theater) were on my wish list, and I ended up getting only a few. I love a good tormented artist tale, and I think this element will make Layne’s book stand out in the world of psychological thrillers. Plus, it helps that Layne’s writing is extremely polished, and the voice of every character is spot-on perfect.

Layne, summarize your book in 3 words.

Layne, tell us about yourself! What makes you and your MS unique?

I live in Chicago with my partner and our small zoo of two cats and the world’s sweetest pit bull. I’ve dabbled with writing since I was a kid, but I didn’t start pursuing it seriously until about five years ago, after my first stab at NaNoWriMo. The main character of my Pitch Wars manuscript is actually a version of the MC from that first (trunked forever) novel. She works way better in this book!

Victim Control was inspired by a real scandal at a theater here in Chicago, though all the characters are 100% fictional. I’ve been involved in theater most of my life – no acting since high school (let’s just say I’m better at writing…), but I have a graduate degree in theater history, and most of my social circle is involved in the performing arts in some capacity. One of my best friends is a professional fight choreographer, and as part of my research for the novel, I took her out for fancy afternoon tea and interviewed her about stage combat. We got some super weird looks, especially when she was showing me the safest way to strangle someone.

Nina, tell us about yourself. Something we may not already know.

I went to seventh and eighth grade at a theater-specialized school. Yes, that means I was in the end-of-the-year play, on the stage of a real theater! I remember how nerve-wracking it was, but it also made me understand why people are so drawn to this art form.

Between boot camp and two TOD’s in Iraq, my buddies Max, Gavin and me have been through some serious hell. So the last thing I ever expected was to find the biggest challenge of my life back home.

My girlfriend died. I couldn’t even attend her funeral, let alone tell her goodbye or that I’m sorry I wasn’t there like I should’ve been.

But she left me a gift. The best and scariest one I could’ve ever asked for. One I didn’t think I could handle…until the day I saw her tiny blues looking up at me in that airport. Chloe.

Now here I am, raising my baby girl—with the help of my two best friends. Things couldn’t be better. Until she walked into my life.

All I wanted was a nanny. Someone to take care of my girl when I couldn’t. What I didn’t count on was Addison, the brown-eyed temptress with a body of sin, and everything I didn’t need, but suddenly wanted.

She Wants It All by Jessica Calla

Happy to sing cover songs with his band and float through New Jersey University with little to no effort, Dave Novak spends the first week of college partying. Then he meets Maggie Patrinski. Performing on stage in front of hundreds is easy for Dave, but the mere thought of Maggie sends his heart racing and turns him into a bumbling idiot. Even so, he can’t get her out of his mind.

Maggie’s not exactly thrilled when her roommate sets her up with Second Floor Dave, the hottie with a reputation. Not only has she just had her heart broken, but she’s vying for a competitive summer internship and studying to become a vet. She doesn’t have time for guys and isn’t interested in falling in love, especially when she may be moving across the country for the summer.

But as Maggie gets to know Dave, his charm wins her over and she falls hard and fast. The problem? Maggie has goals, Dave doesn’t. Maggie studies, Dave doesn’t. Maggie wants it all, Dave only wants her. With their summer plans up in the air and past mistakes creeping back into their lives, their future together is uncertain. The only thing they’re sure of is that when they’re together, they’re better.

Olivia Shaw has been missing since last Tuesday. She was last seen outside the entrance of her elementary school in Hunts Point wearing a white spring jacket, blue jeans, and pink boots.

I force myself to look at the face in the photo, into her slightly smudged features, and I can’t bring myself to move. Olivia Shaw could be my mirror image, rewound to thirteen years ago.

If you have any knowledge of Olivia Shaw’s whereabouts or any relevant information, please contact…

I’ve spent a long time peering into the faces of girls on missing posters, wondering which one replaced me in that basement. But they were never quite the right age, the right look, the right circumstances. Until Olivia Shaw, missing for one week tomorrow.

Whoever stole me was never found. But since I was taken, there hasn’t been another girl.

And now there is.