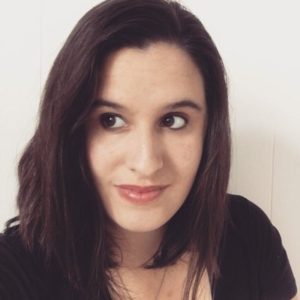 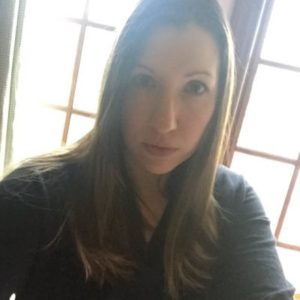 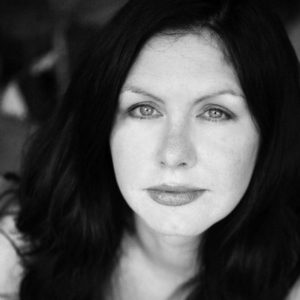 Kyrie, why did you choose to submit to Kate and Mindy?

With some of the mentors I subbed to, I questioned whether my MS was too dark. With Kate and Mindy, I worried it wasn’t dark enough. If you’re unsure what I mean, check out their books–they’ll break your heart in the best way. But I did my research. I looked at wishlists, interviews, their past Pitch Wars manuscripts, query/1st page critiques, and listened to Mindy’s podcasts. I subbed to Kate and Mindy because I believed they would understand why I wanted to tell THIS story, and also be in a great position to help it reach its full potential. I’m thrilled and grateful that they chose IF THESE WINGS COULD FLY.

Kate and Mindy, why did you choose Kyrie?

Mindy: The strength of her writing and ability to draw the reader into her setting.

Kate: A main character with a voice alternately heartbreaking and hilarious paired with a giant serving of magical realism was all it took to steal my heart.

Kyrie, summarize your book in 3 words.

Kyrie, tell us about yourself! What makes you and your MS unique?

This story was brewing for years, but I had only ever written down a few thousand words. It wasn’t until January, fueled by a decent amount of politics-induced rage, that the entire book poured out of me in six weeks. It’s about domestic violence, resistance, the bond of sisters, and a small town overrun by sixty-thousand crows. Leighton has to fight her way out, and she uses all tools in her arsenal, including sarcasm and escapism, to survive.

There’s also a house that heals itself.

And a crow that leaves gifts.

Kate and Mindy, tell us about yourself. Something we may not already know.

Mindy: I’m a multi-published author who writes across genres, including historical, mystery, fantasy, contemporary and post-apocalyptic.

Kate: I hate raw tomatoes. Please do not tell me how delicious they are fresh from the garden when they’re in season. I am not interested. To me they taste completely and utterly disgusting. 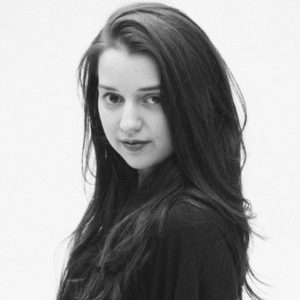 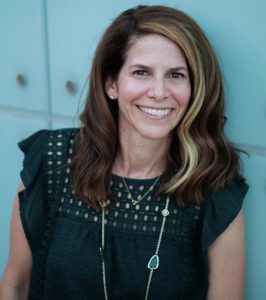 Kylie, why did you choose to submit to Amy?

Amy had an entire section in her bio about the homework she planned to assign her mentee, and I was so ridiculously excited for that. I really wanted a partner to help me rip my manuscript to pieces, and Amy has for sure followed through. But the real clincher was that she listed Veronica Mars as both a favorite TV show and movie. That’s when I knew we were destined for each other! Lots of people love the show, but it takes an intense kind of fan to love the movie. Amy and I are truly Team Marshmallow.

Amy, why did you choose Kylie?

I adored the voice and sense of tension in Kylie’s writing!

Kylie, summarize your book in 3 words.

Kylie, tell us about yourself! What makes you and your MS unique?

The idea for Flora came to me in 2014, at a time when I was grappling with a lot of hard questions about law enforcement and who has access to power. About justice — who gets it, and who “”deserves”” it. I became obsessed with the idea of a girl detective: someone ostensibly fragile and vulnerable who would insert herself into dangerous situations without the institutional power of the police behind her. As a sixteen year old with a very definite sense of right and wrong, Flora struggles with a lot of these questions about morality, power, and deception, but she also has to deal with the more tender issues of family, loyalty, and first loves. I think it’s the combination of those things that makes her such a fearless, unstoppable heroine.

When I’m not writing, I’m a full time tutor. I teach every subject under the sun, so a normal workday involves teaching myself calculus in about seven minutes so that I can explain it to someone else. Charitably put, I love asking questions, and I always need to know how things work. Uncharitably put, I’m basically a living GIF of Hermione raising her hand.

I was a competitive gymnast for ten years until my parents begged me to quit after my fifth broken bone! 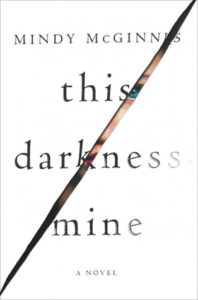 THIS DARKNESS MINE by Mindy McGuiness

Sasha Stone knows her place—first-chair clarinet, top of her class, and at the side of her oxford-wearing boyfriend. She’s worked her entire life to ensure that her path to Oberlin Conservatory as a star musician is perfectly paved.

But suddenly there’s a fork in the road, in the shape of Isaac Harver. Her body shifts toward him when he walks by, her skin misses his touch even though she’s never known it, and she relishes the smell of him—smoke, beer, and trouble—all the things she’s avoided to get where she is. Even worse, every time he’s near Sasha, her heart stops, literally. Why does he know her so well—too well—and she doesn’t know him at all?

Sasha discovers that her by-the-book life began by ending another’s: the twin sister she absorbed in the womb. But that doesn’t explain the gaps of missing time in her practice schedule or the memories she has of things she certainly never did with Isaac. As Sasha loses her much-cherished control, her life—and heart—become more entangled with Isaac. Armed with the knowledge that her heart might not be hers alone, Sasha must decide what she’s willing to do—and who she’s willing to hurt—to take it back.

Edgar Award–winning author Mindy McGinnis delivers a dark and gripping psychological thriller about a girl at war with herself, and what it really means to be good or bad. 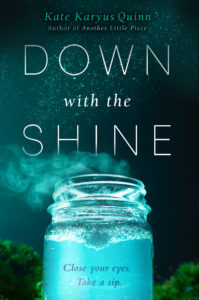 DOWN WITH THE SHINE by Kate Karyus Quinn

Think twice before you make a wish in this imaginative, twisted, and witty new novel from the author of Another Little Piece.

When Lennie brings a few jars of her uncles’ moonshine to Michaela Gordon’s house party, she has everyone who drinks it make a wish. It’s tradition. So is the toast her uncles taught her: “May all your wishes come true, or at least just this one.”

The thing is, those words aren’t just a tradition. The next morning, every wish—no matter how crazy—comes true. And most of them turn out bad. But once granted, a wish can’t be unmade . . .

NOTHING BUT SKY by Amy Trueblood

Grace Lafferty only feels alive when she’s dangling 500 feet above ground. As a post-World War I wing walker, Grace is determined to get to the World Aviation Expo, proving her team’s worth against flashier competitors and earning a coveted Hollywood contract. No one’s ever questioned Grace’s ambition until Henry Patton, a mechanic with plenty of scars from the battlefield, joins her barnstorming team. With each new death-defying trick, Henry pushes Grace to consider her reasons for being a daredevil. Annoyed with Henry’s constant interference, and her growing attraction to him, Grace continues to test the powers of the sky. After one of her risky maneuvers saves a pilot’s life, a Hollywood studio offers Grace a chance to perform at the Expo. She jumps at the opportunity to secure her future. But when a stunt goes wrong, Grace must decide whether Henry, and her life, are worth risking for one final trick.