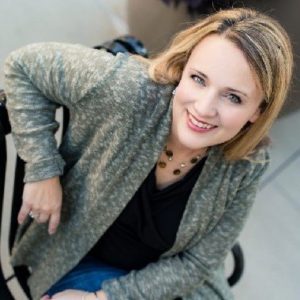 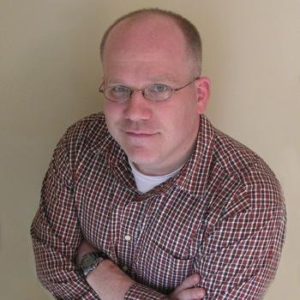 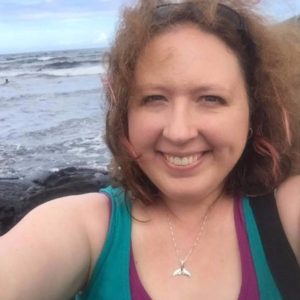 Julie,why did you choose to submit to Wade and Timanda?

Choosing to submit to Wade and Timanda was the easiest part of Pitch Wars! The first thing I read on their profile was a warning that I was trapped in a matrix-like reality. So, it was obvious they knew how to have fun with their science fiction. Wade also professes an equal love for both Star Wars and Star Trek, which I can get on board with. I liked how they had a clear game plan for the revision period, too. I hoped they would be interested in a humorous, lighter sci-fi story!

Wade, why did you and Timanda choose Julie?

The first page of Julie’s book was quirky and hilarious and immediately drew me in. A captivating narrative voice is especially important in middle grade fiction, and I could tell this story was going to be something special. I also love a good science fiction adventure.

Julie, summarize your book in 3 words.

Julie, tell us about yourself! What makes you and your MS unique?

I’m a freelance writer and a drive-the-kids-around-town mom. I’m married to my high school sweetheart who also happens to be a sci-fi fan, which makes choosing movies to watch much easier.

Growing up I read all genres. I especially loved paranormal, mystery and science fiction books. Today I’m usually reading science fiction or fantasy books, but Pitch Wars expanded my reading list with all the great recommendations! I also have a deep, disturbing appreciation for dark humor.

My career path has had a few twists and a happy U-turn back to writing. My first career was teaching. I was fortunate enough to teach little humans how to read – which is the best! For my second career, I was a greeting card editor and writer, mostly for humorous and kids’ cards. Think fart jokes and monkeys jumping out of birthday cakes. All of which prepared me (sort of) for my three boys and the endless noise and nonsense under our roof.

My manuscript began as a story I made up to entertain my oldest son while we were standing in a painfully long line at the BMV. THE THIRD KEY OF THERIZINIA is about a boy who discovers his family is involved in a secret alliance with the good-guy aliens. He accepts an emergency mission when his best friend’s life – and maybe the future of Earth – are at stake. The adventure that follows is a fast-paced introduction to the family business with some laughs along the way.

Wade, tell us about yourself. Something we may not already know. 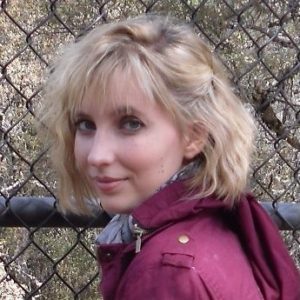 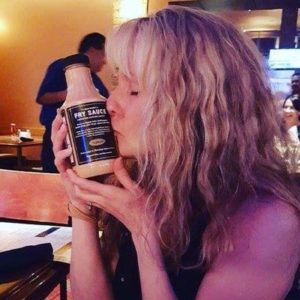 Margie,why did you choose to submit to Colleen?

I actually didn’t submit to my mentor. Another lovely mentor passed me along to her, but when I read Colleen’s wish list, I knew we’d be a great a fit. She sounded funny and knowledgeable, and the premise of her own novel made me want to read it immediately. I was so thrilled when she chose me!

Colleen, why did you choose Margie?

It was book trifecta! The voice in her writing and the gloriously subtle nuances in her storytelling plus a fresh, intense premise hooked me.

Margie, summarize your book in 3 words.

Margie, tell us about yourself! What makes you and your MS unique?

I’ve loved street and stage magic since I was a child. Unlike my main character, who wants to unravel the tricks and appreciate how they work, I wanted to witness them and just believe in the impossible. I would imagine some magicians had real magic, and the real trick they were pulling was making the rest of us think it was only an illusion. This childhood fantasy (okay, it’s my adult fantasy, too) inspired my troop of traveling magicians who steal magic from the applause of their audience and harness it to create their illusions. This magic they use is what I love most in my story. It seems like a harmless tool in the beginning, but by the end, it grows into its own character with its own dark desires.

Colleen, tell us about yourself. Something we may not already know.

I have one pointed ear and can fly a helicopter (not because of the ear).

The Adventurer’s Guide to Successful Escapes by Wade Albert White

Anne has spent most of her thirteen years dreaming of the day she and her best friend Penelope will finally leave Saint Lupin’s Institute for Perpetually Wicked and Hideously Unattractive Children. When the big day arrives, a series of very curious happenings lead to Anne being charged with an epic quest. Anne, Penelope, and new adventuring partner Hiro have only days to travel to strange new locales, solve myriad riddles, and triumph over monstrous foes–or face the horrible consequences.

Packed with action, humor, and endless heart, this debut novel marks the first volume in an irresistible and original fantasy series. 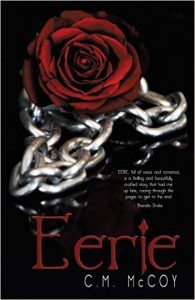 Hailey Hartley has just enrolled in the world’s premier supernatural university. It’s a school she’s never heard of, located in a town called The Middle of Nowhere, and run by a creature that’s not supposed to exist. But at least she got a scholarship…

Hailey’s dreams have always been, well…vivid. As in monsters from her nightmares follow her into her waking life vivid. When her big sister goes missing, eighteen-year-old Hailey finds only one place offers her answers–a paranormal university in Alaska. There, she studies the science of the supernatural and must learn to live with a roommate from Hell, survive her otherworldly classes, and hope the only creature who can save her from an evil monster doesn’t decide to kill her himself.