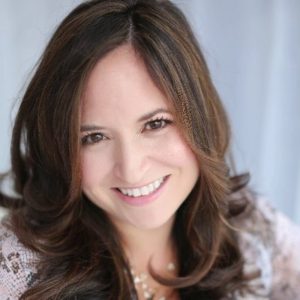 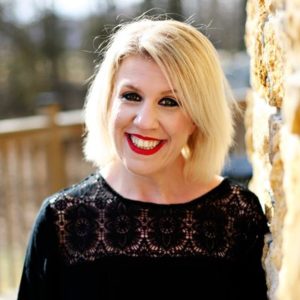 Holly,why did you choose to submit to Melissa?

Melissa’s warm smile in her photo grabbed me at first. Then, as I read the first few pages of one of her Bad Behavior Series’ novels, I felt we were kindred spirits. The prose seemed like something I would’ve tried to write myself. Melissa also said she wanted women’s fiction that made her laugh and every time I read through a draft of my MS I’d find myself chuckling. So, I sent it off, crossed my fingers and hoped she’d at least giggle. I also felt connected to Melissa because she listed “She’s Come Undone” by Wally Lamb as one of her favorite books. This book had a huge impact on me as a reader and a writer. Honestly, Melissa must’ve sensed me stalking her twitter page and sending her telepathic vibes during the reading period and heeded the call.

Melissa, why did you choose Holly?

I picked Holly because MULTICULTURAL MIDLIFE CRISIS had me hooked from the first page, and kept me completely invested until the early morning hours. The voice is like nothing I’ve ever read, and once I got the full manuscript, I couldn’t put it down. A dynamic story of a women who steps outside her role as wife and mother and into the life of a British socialite. It’s the ultimate act to try and save her marriage, her family and herself. I laughed out loud as I read (and even got a bit misty eyed at times.) I kept thinking the entire time I was reading how I could help her make it even better and in the end, it never left me. I had to have it. It resonated for me, and I have the sense it will for many others as well.

Holly, summarize your book in 3 words.

Holly, tell us about yourself! What makes you and your MS unique?

My lifelong writing contest fetish started in 5th grade when I secretly entered an essay I wrote about my grandma into a competition and won third place. My parents were shocked when they learned they had to drive me into New York City to collect my award. I was hooked. I’m also a drama teacher to pre-school children, a wife and a mom to three kids and a dog. I’m an essayist and I’ve had articles published in Newsday and Brain Child Magazine.

In A BRITISH AFFAIR, my main character, Risa Vita Stein, experiences midlife, marital and mommy woes complicated by ‘fish out of water’ syndrome while she’s living as an expat in London. When I moved to London, pregnant with my second child, I figured it would be the adventure of a lifetime. It was an exciting journey, but it also took me a while to learn how to adapt to living in the UK. The small differences between the cultures had a big and sometimes comical impact on my daily life. It was fun to infuse this element as an ongoing conflict for Risa with her tell-it-like-it-is attitude into my novel. It makes for some funny scenarios.

Melissa, tell us about yourself. Something we may not already know.

My love for Star Wars is proudly on display in the form of a Storm Trooper tattoo. 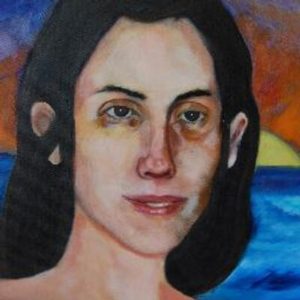 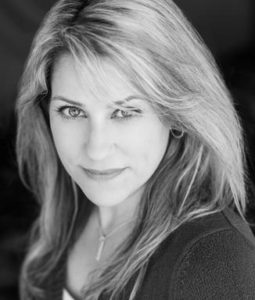 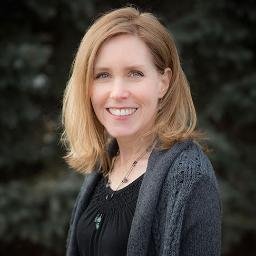 Julie, why did you choose to submit to Heather and Kristin?

Before submitting to Kristin and Heather, I read the first few chapters of both their books, and their writing styles and plots convinced me that they would be able to help me create a sympathetic character who readers would root for. In fact, I was so hooked by their first chapters that I knew I’d read both books as soon as the contest was over, whether they chose me or not. (I’ve since read their books, Kristen’s THE ART OF HOLDING ON AND LETTING GO and Heather’s RIPPLE.) I also chatted with them about my story on Twitter. When they asked if the story offered all angles of the social political issues, even if it ultimately filtered through the MC’s perspective, I knew they would approach my book with an appreciation for the story’s cultural impact and help me bring it to the next level.

Heather and Kristin, why did you choose Julie?

This book was so relevant and well written with a strong balance of diverse characters and viewpoints that we couldn’t pass it up.

Julie, summarize your book in 3 words.

Julie, tell us about yourself! What makes you and your MS unique?

The debate over whether the media’s use of the term “alt-right” legitimized white supremacists got me reading about the white power movement. I became sort of obsessed with the alt-right’s attempt to go mainstream by using codes to hide their truths. Since young men seem to be especially at risk for falling into these extremist organizations, I thought it would make a good theme for a YA novel. I spent several months researching alt-right organizations before I started writing. I read newspaper articles, books by people who study hate groups, and interviewed someone at the FBI to learn how they conduct raids. I watched dozens of interviews between alt-right leaders and the press, read the discussion boards on white power sites, and immersed myself in the alt-right presence on Twitter.

I came to realize that followers of the alt-right live in a dystopian world of their own making; they truly believe a worldwide conspiracy is planning the genocide of the white race. That’s why my novel begins like a dystopian one, so we can see the protagonist’s point of view first, and then back out into the real world. My main character, a brilliant but naïve teenager, born into a white power family, believes the alt-right rebranding. He doesn’t consider himself a racist, but, influenced by his parents’ goals, he is committed to a white homeland. THE STRAW MAN FALLACY is what happens when a 17-year old with these two conflicting beliefs is forced to leave a bubble he doesn’t realize he’s in.

Heather and Kristin, tell us about yourself. Something we may not already know.

Though my first novel was contemporary YA, I’ve got a YA fantasy in the works. 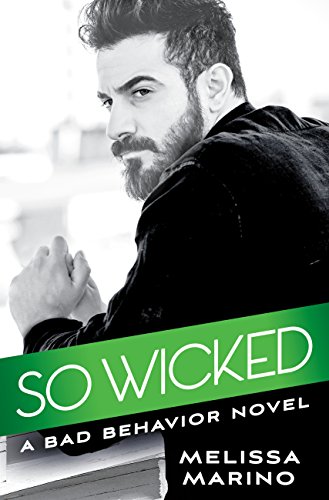 SO WICKED by Melissa Marino

Fate has a wicked sense of humor.

Alexis’s new life was made up of two things: baking and hiding the details of her old life in Chicago. The first allowed her to finally find some happiness. And the second is about to be destroyed by a man who knows all her secrets.

Marshall Rawlins was prepared to do anything when he moved cross-country to launch an upscale cocktail bar—anything except work with Alexis, his best friend and business partner’s ex-wife. Adding Alexis’s boozy-baked goods to his menu would be a major feat for his bar. But striking a deal means getting in bed with the enemy.

Battling between distrust and desire, Alexis and Marshall give in to a passionate, forbidden affair. They know if they’re discovered the consequences would be bad—it’s just hard to remember that when being together feels so, so good.

“This book is darker in tone than a typical romance (there are drug-house deliveries and two attempted sexual assaults), and the ending, while hopeful, is certainly no happily-ever-after.”–Booklist

“A well-crafted, sweet story of Tessa’s and Jack’s ability to bring out the best in the other.”–School Library Journal

Tessa and Jack struggle with their own generational ripples of addiction and must help each other overcome their own unique addictions to find the best parts of themselves as well as each other.

“When every piece falls into place, it’s like a dance, a delicate but powerful balancing act. The art of holding on and letting go at the same time.”

The Art of Holding On and Letting Go is the story of a 16-year-old rock climber who finds unexpected strengths, friendships, and first love after her world is turned upside down.