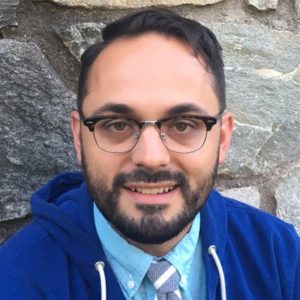 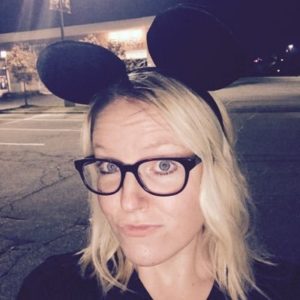 Cliff, why did you choose to submit to Tabitha?

Mickey Mouse had a lot to do with it. Anyone with mouseketeer ears in their profile picture gets instant respect from me. When I saw Tabitha’s wish list, I could tell her sensibilities were a good fit. She posted this really trippy illustration of planet-shaped balloons and requested any MS that matched it. My novel isn’t about balloon-planets, but it is about planets, so this seemed like a good sign. Finally, Tabitha was looking for space operas and unusual settings (my story opens on a space colony inspired by Walt Disney World). And since she cares a lot about voice and continuity, I knew Tabitha could help get this unruly novel of mine ready for show time.

Tabitha, why did you choose Cliff?

I looooooooooooooved the world he created so much! I couldn’t wait to discover more of it. When I suggested a pretty big change to the book and he agreed it could be done, I knew he was the mentee for me!

Cliff, summarize your book in 3 words.

Cliff, tell us about yourself! What makes you and your MS unique?

I’m a marketing creative director for highly technical manufacturers. So I spend most of my time mixing science with magic. And, speaking of magic, I have a genius Ravenclaw wife and two pre-Sorting Hat children. My 7-year-old would be entirely deaf if it weren’t for the totally futuristic invention of cochlear implants. I know it’s all science, but whenever I hear my deaf son singing All You Need is Love it sounds a heck of a lot like magic.

Three years ago I decided to write sci-fi that feels like fantasy. I wound up making a space opera without spaceships, where the robots look like antique lanterns and alien creatures look like mythical beasts. The story is basically Wes Anderson’s MOONRISE KINGDOM in a galaxy far, far away: A young woman leaves her utopian village to guide a refugee boy across the frontier of an alien planet. The book is called SANCTUARY MOON, and I’ve tried to make it as harrowing-yet-hopeful as any book should be in 2017.

Tabitha, tell us about yourself. Something we may not already know.

I want to live on the moon more than anywhere else in the whole galaxy. 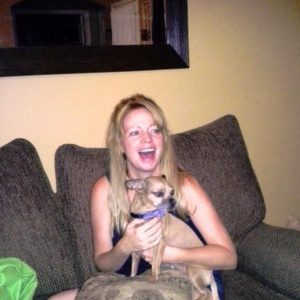 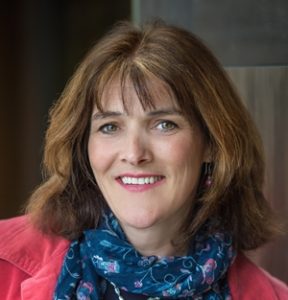 Colleen, why did you choose to submit to?

Actually I didn’t choose her, she chose me.

And I’m so glad she did! I hoped, if I was lucky enough to get in, that I’d find someone who appreciated humor and a big voice yet was willing to dangle over underlying social issues. I also wanted a plot whisperer who could spot potentially problematic areas.

Enter Amanda. On her wishlist she specifically stated that she didn’t want contemporaries, so I didn’t apply to her. But one of the wonderfully tricky MG mentors who I did apply to thought Amanda and I might make a good fit and secretly passed my manuscript to her. (Thank you for forever!)

A few days later, Amanda contacted me about potentially working together. I got chills all over my arms because I could immediately tell that she really “got” my book. I felt that the vision she outlined not only aligned with mine but could help me to take my story to the next level. Talk about a great surprise!

So I went back to her wishlist and read it twice. What I had only skimmed before (due to the no contemporary thing) now felt like pure magic. Amanda’s words spoke directly to me. And I got chills again because on her page I saw enthusiasm, humor, brilliance, and, as I found out days later, my mentor.

Oh, and did I mention, she’s awesome!

AE, why did you choose Colleen?

I’m sure Colleen will say that I chose her, but the truth of it is that her main character, Hollis Fitcher, chose me.

He leaped off the page, as if from the top ropes of a WWE ring, and right into my heart. He’s a sheer force of nature: funny, unfailingly enthusiastic and endearingly vulnerable at his core. I’m so happy to have met him.

Quite simply, Canada or Bust made me laugh out loud from the very first page. Colleen’s entire first chapter won me over with a perfect combination of likeable character, humor and an “in scene” set-up/premise that had me rooting for Hollis, just as he roots for his WWE hero, The Bolt.

Yes, there were some issues with the manuscript, that’s why we enter Pitchwars in the first place, but I felt they were all addressable within our two-month timeframe. I felt even more assured after contacting Colleen. It must have been odd for her to be contacted by a mentor to whom she had not even submitted, but her answers to my initial questions and observations made me tingle. We were on the same page about everything.

The most surprising thing was that I had not been looking for contemporary MG, but my wish list did express my love of books with both humor and heart. The mentor who passed this MS on to me knew that.

The sheer truth of PitchWars is that there are far more wonderful manuscripts than there are mentors and we have to make very hard decisions. In that sense, it’s a microcosm of the publishing industry, but it also means that behind the scenes we are all championing manuscripts that we cannot accept ourselves for various reasons, but might be perfect for someone else. We care about our submissions and we want to put them in the right hands as far as we can. Ultimately, of course, we can only choose one. That’s tough. For this year, I feel this match was meant to be, hence our name #TeamKisMAT: Colleen and I decided not to wrestle fate, but go with it. I hope other Pitchwars hopefuls will have a similar fate in subsequent years. Keep submitting!

Colleen, summarize your book in 3 words.

Colleen, tell us about yourself! What makes you and your MS unique?

My critique partners have told me that I’m a 6th grade boy trapped in a middle-aged woman’s body. They never actually said the middle-aged part. I added that, but it’s still true. So when this brand new 12-year-old boy character kept nagging at my brain, I wasn’t all that surprised.

I was working on another book at the time and tried ignoring him, but he wouldn’t go away. He just kept getting louder and more impatient until I finally felt forced to put everything else aside—my other book, my social life, the art of showering and other basic hygiene requirements—and write his story.

AE, tell us about yourself. Something we may not already know.

I’ve never been a wrestler, but in high school I played a lot of sport. I was the vice captain of the school field hockey, badminton, squash and athletics teams. So I’m thinking of Colleen as my new doubles partner, or maybe captain to my vice-captaincy of #teamKisMAT.

Primed by their love of video war games pitching Romans against Celts, fourth graders Mikey and Kyler are convinced that they’ve seen a real live Celtic warrior transported to the present as part of a secret defense project. If they track him down, they’re sure to reveal the secrets of time-travel once and for all, and write the best Veteran’s Day report in the history of Veterans Day reports. Instead they discover a different secret: the invisible effects of war on veterans of all generations and their families and the transcendent power of friendship.

“THE LOST CELT is the best kind of children’s adventure story, full of taut suspense, riveting action, and, most importantly, humor and heart. Not to be missed.” Katherine Applegate, Author of THE ONE AND ONLY IVAN, Winner of the 2013 Newbery Medal

“A deftly crafted entertainment from beginning to end that will have special appeal to children ages 8 to 12, and in grades 2-7, “The Lost Celt” is very highly recommended for both school and community library General Fiction collections for young readers.” Midwest Book Review, March 2016