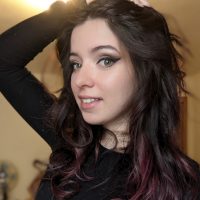 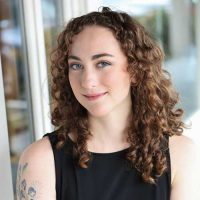 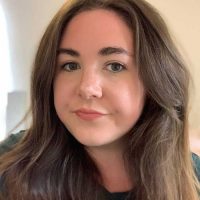 Allison and Ava, why did you choose Skyla?

Within the first page of TOGETHER WE ROT, Ava and I fell completely in love with Skyla’s writing. She has a fantastic sense of imagery and atmosphere, and her characters captured our hearts. Wil is a delightful punk with a voice that’s by turns laugh-out-loud funny and emotionally wrenching, while Elwood is the sweetest angel who deserves the entire world. The horror elements and the strong thematic heart of the story sealed the deal. It’s been such a joy working with Skyla on her gorgeous book!

Love it when laughter and horror combine! OK, Skyla, why did you choose to submit to Allison and Ava?

Allison and Ava are the dream team! I can’t emphasize enough how thrilled I am to work with such talented authors. Their wishlist drew me in from the start (we share a mutual love for sunshine/grump, angst, and sad soft boy characters) and I knew that I’d be in amazing hands if they picked me. They have a very hands-on approach to revision which means I’m never on my own in this process if I need help. I can always rely on them to bounce ideas and tackle hard plot elements (and hop on the occasional Emergency Zoom Call).

And, Skyla, summarize your book in 3 words.

Sounds like a compelling read. So, Allison and Ava, tell us about yourself. Something we may not already know.

I (Allison) love learning languages! I’m super rusty now, but I speak conversational Spanish and Portuguese. I can also read a little bit of Old English.

Old English is definitely a very different language! And, Skyla, what do you hope to get out of the Pitch Wars experience?

I’d like to improve my craft! I’m already learning so much. Ava and Allison have helped me through worldbuilding, romance beats, and character arcs and motivation. I know that these new revisions will take my story to new heights.

Welcome to the Pitch Wars family Skyla! Now, tell us about yourself. What makes you and your manuscript unique?

My name is Skyla and I live in the frozen wasteland that is the upper Midwest! I rarely ever see settings based here and I wanted to give it a shot. My characters live in the U.P. of Michigan in a wood-locked small town called Hartsgrove. I’ve based their world on towns and places I’ve lived and visited (minus the demons). One thing that makes my story unique is the concept of “butterfly horror”. My story focuses on physical and emotional transformations and finding beauty in horror.

Ava’s debut, The Wolf and the Woodsman: 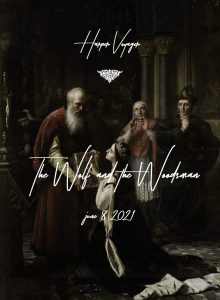 In the vein of Naomi Novik’s New York Times bestseller Spinning Silver and Katherine Arden’s national bestseller The Bear and the Nightingale, this unforgettable debut— inspired by Hungarian history and Jewish mythology—follows a young pagan woman with hidden powers and a one-eyed captain of the Woodsmen as they form an unlikely alliance to thwart a tyrant.

In her forest-veiled pagan village, Évike is the only woman without power, making her an outcast clearly abandoned by the gods. The villagers blame her corrupted bloodline—her father was a Yehuli man, one of the much-loathed servants of the fanatical king. When soldiers arrive from the Holy Order of Woodsmen to claim a pagan girl for the king’s blood sacrifice, Évike is betrayed by her fellow villagers and surrendered.

But when monsters attack the Woodsmen and their captive en route, slaughtering everyone but Évike and the cold, one-eyed captain, they have no choice but to rely on each other. Except he’s no ordinary Woodsman—he’s the disgraced prince, Gáspár Bárány, whose father needs pagan magic to consolidate his power. Gáspár fears that his cruelly zealous brother plans to seize the throne and instigate a violent reign that would damn the pagans and the Yehuli alike. As the son of a reviled foreign queen, Gáspár understands what it’s like to be an outcast, and he and Évike make a tenuous pact to stop his brother.

As their mission takes them from the bitter northern tundra to the smog-choked capital, their mutual loathing slowly turns to affection, bound by a shared history of alienation and oppression. However, trust can easily turn to betrayal, and as Évike reconnects with her estranged father and discovers her own hidden magic, she and Gáspár need to decide whose side they’re on, and what they’re willing to give up for a nation that never cared for them at all. 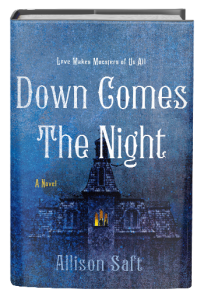 He saw the darkness in her magic. She saw the magic in his darkness.

Wren Southerland’s reckless use of magic has cost her everything: she’s been dismissed from the Queen’s Guard and separated from her best friend—the girl she loves. So when a letter arrives from a reclusive lord, asking Wren to come to his estate, Colwick Hall, to cure his servant from a mysterious illness, she seizes her chance to redeem herself.

The mansion is crumbling, icy winds haunt the caved-in halls, and her eccentric host forbids her from leaving her room after dark. Worse, Wren’s patient isn’t a servant at all but Hal Cavendish, the infamous Reaper of Vesria and her kingdom’s sworn enemy. Hal also came to Colwick Hall for redemption, but the secrets in the estate may lead to both of their deaths.

With sinister forces at work, Wren and Hal realize they’ll have to join together if they have any hope of saving their kingdoms. But as Wren circles closer to the nefarious truth behind Hal’s illness, they realize they have no escape from the monsters within the mansion. All they have is each other, and a startling desire that could be their downfall.

Allison Saft’s Down Comes the Night is a snow-drenched romantic fantasy that keeps you racing through the pages long into the night.

Love makes monsters of us all.