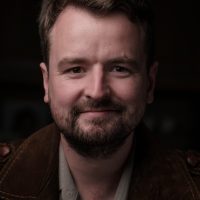 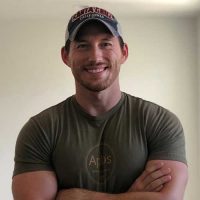 Clay, why did you choose Sean?

To be honest, I was a little perplexed with Sean when I first came across his submission. On paper, the premise of his novel was supposed to sit somewhat low on my list of what I was looking for, given I’m a SF/F writer. He also only submitted to two mentors instead of four, which depending on who you ask is a big no-no since the odds of being chosen are so low. But by the time I finished reading his initial submission, Sean struck me as the kind of person who knew *exactly* what he was doing, whether that was on the page or seeing the breadcrumbs on my wish list that made him decide I was the perfect match for his manuscript.

Sean’s a genius when it comes to writing interesting and clever interactions between characters, so much so that I knew I found something special within the first five pages. Despite a good portion of the novel consisting of conversations between the two main characters, it never felt repetitive or boring, and I don’t think I’ve read anything in recent memory that was able to achieve so much variety through so many interactions between the same characters. What resulted were fully fleshed out characters I was fascinated with from start to finish. His story is also set in a peculiar setting, in an alternate history where Bobby Kennedy pursues a bid for president against America’s beacon of masculinity, John Wayne. All of this in combination with Sean’s talent for creating tension and effective pacing meant I *had* to choose him.

Sounds like an intriguing premise! So, Sean, why did you choose to submit to Clay?

In his bio, before I looked at his blog, he mentioned Star Wars so I knew he was a good egg. My book is a historical fiction rom-com, which seemed completely unlike what Clay was asking for, but he mentioned What If stories, which is what forms the setting of my novel. No other blog I had read had mentioned that and coupled with Clay’s clear passion for reading/writing I knew he was my pick. In the end, I only chose two possible mentors and I was picked by the one I hoped for (you’ll have to excuse me, I might still be in rom-com writing mode).

Sean, summarize your book in 3 words.

Kennedy vs. Wayne, or Forbidden love rules! Or Elections and romance.

So many choices, and they’re all good. So, Clay, tell us about yourself. Something we may not already know.

I tried to get my pilot’s license when I was 17. After 30+ hours of flight time, though, I realized that flying is actually pretty boring. The taking off and landing are the interesting parts.

Ah, the dreaded middle. Wait, you meant flying, not writing! And, Sean, what do you hope to get out of the Pitch Wars experience?

In the end, I’d like to know that the thing I’ve written is a capital b Book and not just a string of nonsense. I’d like to have an expert tell me how to make sure it is a Book and make it the best it can be to get it out into the world.

Can’t wait to read this Book. Last, Sean, tell us about yourself. What makes you and your manuscript unique?

Me? I’ve been writing this book for nearly 11 years, and always come back to it. There were other projects, mental health issues, moving countries three times, changing jobs, getting married, expecting a child, 2020 – but the book was a constant that I had to keep writing and had to keep perfecting. Rejections pile up but I know I’ve got something good here, so even though I usually have a pretty poor attention span with projects, this book has always been there.

My manuscript? Its uniqueness comes from trying to describe it. It’s a satire, an LGBT love story, an alternate history, a rom-com, a coming of age story, a romance, and a historical fiction. It’s about falling in love and growing up, but it’s also a sharp-tongued comedy featuring a shooting lesson from Hunter S. Thompson.

What a cool addition to the Pitch Wars family! Thank you both for your time and letting us get to know you a little.