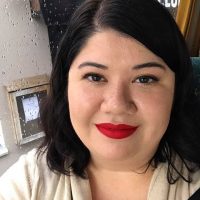 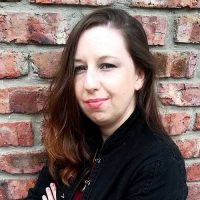 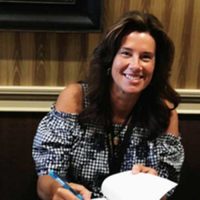 Anne and Janet, why did you choose Sari?

We fell in love with her premise, characters (Janet—#TeamRabbiK, Anne—#TeamGolem), the bond between her heroine and Rivka’s girl squad, and amazing world-building immediately. Her story was one of the first on our short list. We also couldn’t get enough of how she seamlessly flipped contemporary fantasy tropes and infused them with her #ownvoices background and mythology.

After sending multiple rounds of increasingly hard-core questions, we also fell in love with her responses and her willingness to revise. She was the definition of flexible and eager. She was also all in on assigned reading and homework, and her interactive brainstorming style meshed perfectly with ours. She took even preliminary what-if scenarios in new directions and made them hers.

Also, What We Do in the Shadows love and Sonoran dogs.

I’m glad you all matched up! And Sari, why did you choose to submit to Anne and Janet?

They immediately sucked me in with their gif game.

I loved all the shows they featured and just the general woman power feeling, but it was their energy that really got me. They sounded so enthusiastic and supportive, talking about compliment sandwiches and saying how they’d be there for me through the whole process, and I really wanted that. I wanted someone who would love my story right along with me, and I thought they’d be a great fit for that.

Turns out, I was right!

They do play a mean gif game! So Anne and Janet, can you summarize Sari’s book in 3 words?

Sari, summarize your book in 3 words.

Intriguing words. I love deserts and curses! Anne and Janet, tell us about yourself. Something we may not already know.

Janet—I’ve written a dozen-ish manuscripts and books and still don’t know how to type. It’s my secret shame.

I so want to see this dog in her pjs! And I’m not sure how you got them all done without typing, Janet. Your pecking skills have to be amazing. Now Sari, what do you hope to get out of the Pitch Wars experience?

I went in with this with a story I knew wasn’t ready for querying, but I had no idea how to fix it. I’m already learning so much about how to effectively rewrite and properly structure this novel, and I hope to get out of this not only a publishable piece of fiction, but the ability to write more novels and better ones.

It is such great learning experience! Sari, tell us about yourself. What makes you and your manuscript unique?

My earliest memory of writing is when I was seven years old, on my dad’s computer, typing out a poem about fish. No idea what it was about, but I’ve always been writing, coming up with stories and seeking out new worlds (also watching a fair amount of Star Trek). My Jewish background has always been my strongest influence, and that’s what I really wanted to bring to the forefront of my novel. Jewish fantasy is always something I wanted to see more of, along with more stories set in Arizona that weren’t Westerns or retellings of the Tombstone shootout. I like to think of this story as a Jewish love letter to my hometown.

That’s great! We definitely need more stories like yours in the world. Thank you Anne, Janet, and Sari for the interview! 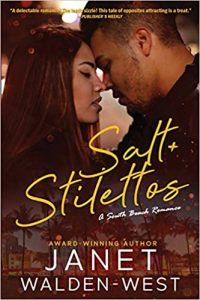