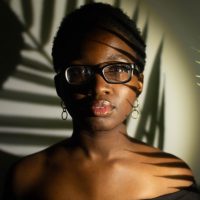 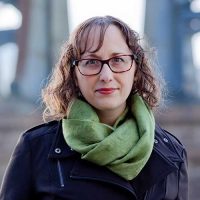 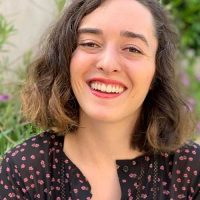 Kit and Carlyn, why did you choose Juliet?

So many reasons! Right from the start, we knew SOMEWHERE SOFT FOR US was special. It’s a soft, savvy college-set YA told from the POV of Meredith Kalumba, a Black teen with immigrant parents, navigating her way through her first year at Penn. We loved Meredith and the online community she fosters for queer teens of color like herself. The #ownvoices Ugandan American and asexual biromtic rep is so well done; this is a novel with beautiful writing and intense personal stakes that really digs deep into complicated character relationships–IRL, online, family, and found family. On top of all that, we loved that Juliet is herself a current undergrad at Penn who really knows the territory she’s writing from and about, and we had exciting editorial ideas that we knew Juliet could really take and run with. It was a match made in Pitch Wars heaven!

I love hearing about matches made in Pitch Wars heaven!! And Juliet, why did you choose to submit to Kit and Carlyn?

A big reason was because they were looking for YA contemporary! They mentioned they were interested in multi-media stories, and my manuscript features a lot of blog posts and text messages. I also loved the idea of having one mentor who’s a poet like Kit, and another mentor who’s been a Pitch Wars mentee before like Carlyn. In general, Carlyn and Kit seemed like two people I could learn so much from in terms of novel craft. They’ve both been so encouraging and wonderful, and it’s so hard to imagine my manuscript now without some of the changes they’ve suggested!

Oh, that sounds intriguing. I love multi-media stories! So Kit and Carlyn, can you summarize Juliet’s book in 3 words.

Juliet, summarize your book in 3 words.

Kit and Carlyn, tell us about yourself. Something we may not already know.

Kit: I’m a YA author back in my hometown of Pittsburgh, PA after two decades in New York! I have three books out with Simon & Schuster, most recently the murder mystery/thriller I Killed Zoe Spanos. During the pandemic, I have acquired an Instant Pot and a shiny new standing mixer, so when I’m not revising my next book for the millionth time, you can find me playing around with new recipes or walking my Chiweenie, Winnie.

Carlyn: I’m a YA thriller writer, screenwriter, and graphic novelist currently living in Los Angeles, CA. I work in Hollywood and currently attend The New School getting my MFA in Creative Writing with an emphasis in writing for children and young adults. I spend most of my free time lately playing Legend of Zelda really badly on the Switch and hanging with my two mutts and ancient cat.

That’s funny. I purchased an instant pot and a mixer too. I’ve been cooking and baking a lot during the pandemic. After my fifth failed attempt, I finally made an okay macaron. Now, back to Juliet. What do you hope to get out of the Pitch Wars experience?

One reason I applied to Pitch Wars was to familiarize myself with writing a novel! Revising such a long work in so little time has been really new, especially since I’ve mainly written poetry for years. Through Pitch Wars, I also hoped to prepare myself to support and mentor other queer writers of color. I’ve already learned so much—from Kit and Carlyn’s balance of instruction and empathy, and from my fellow mentees’ warmth and community.

I love that you want to give back and mentor in the future! And Juliet, can you tell us about yourself? What makes you and your manuscript unique?

I’m a college junior, and I really like poetry! I’d also like to take this opportunity to recommend the album “Be the Cowboy” by Mitski to whoever’s reading this. My manuscript was mainly inspired by one thing: a desire to write a YA contemporary with a dark-skinned African protagonist. Many of the primary side characters of color have dark skin as well. Even if a novel’s not necessarily visual, writers hold tremendous power in whose stories they uplift, and I know my teenaged self would’ve loved a story with main characters like this. The plot developed parallel to that goal. Either way, it’s been so healing to write a novel centered around queer online community, and my protagonist’s efforts to keep her communities alive.

I also really wanted to write a protagonist who’s merciful and forgiving with seemingly everyone in her communities, except herself. I’m still learning to allocate mercy for myself and unlearn old patterns, but I hope a novel like this can help first- and second-generation teens, Black teens, queer teens, find that path a little easier.

I love all this! I hope it can be a great help too. It’s past time for books like this to get out into the world. Thank you Kit, Carlyn, and Juliet for the interview! 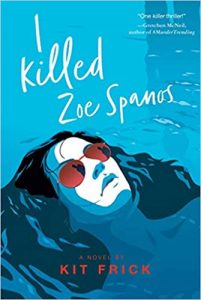 For fans of Sadie and Serial, this gripping thriller follows two teens whose lives become inextricably linked when one confesses to murder and the other becomes determined to uncover the real truth no matter the cost.

When Anna Cicconi arrives to the small Hamptons village of Herron Mills for a summer nanny gig, she has high hopes for a fresh start. What she finds instead is a community on edge after the disappearance of Zoe Spanos, a local girl who has been missing since New Year’s Eve. Anna bears an eerie resemblance to Zoe, and her mere presence in town stirs up still-raw feelings about the unsolved case. As Anna delves deeper into the mystery, stepping further and further into Zoe’s life, she becomes increasingly convinced that she and Zoe are connected—and that she knows what happened to her.

Two months later, Zoe’s body is found in a nearby lake, and Anna is charged with manslaughter. But Anna’s confession is riddled with holes, and Martina Green, teen host of the Missing Zoe podcast, isn’t satisfied. Did Anna really kill Zoe? And if not, can Martina’s podcast uncover the truth?

Inspired by Daphne du Maurier’s Rebecca, Kit Frick weaves a thrilling story of psychological suspense that twists and turns until the final page.