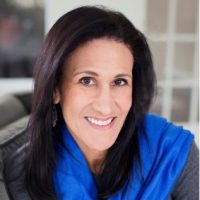 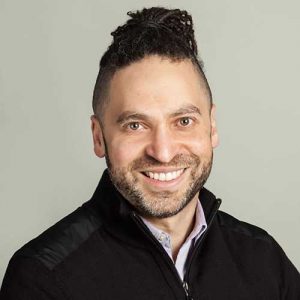 Chad, why did you choose Heather?

Heather’s manuscript captured me from the opening sentence. Her main character Indigo’s struggle between exposing unjust school policies while trying to hold onto her friendships is so incredibly timely, while the clever parallels woven in from the life of Ida B. Wells show that this is not a new struggle. This book will speak to kids, especially kids of color, who run into mixed messages all the time: “Stand up for what you believe in…but not like that, you’re stepping too far out of line.” It was clear on every page that Heather has an urgent, necessary story to tell, and I’ll be honored if I can do a little bit to help it get out into the world.

We need more books like this! And Heather, why did you choose to submit to Chad?

The first thing that resonated for me about Chad was our shared background: we both had a career in journalism that evolved into MG fiction. For me, that experience shaped so much about who I am, and just from his voice in his blog hop post, I had a feeling Chad and I would speak the same language. As an #ownvoices writer, I also loved his commitment to mentoring a BIPOC writer, AND I loved his list of comp books! So, it was kind of an obvious choice for me.

I’ll admit, I did take a chance in submitting to him in that there was one element in my book he said he wasn’t interested in. I’m incredibly lucky he chose me anyway, and already his revision suggestions are making this an exponentially stronger book.

Heather, summarize your book in 3 words.

Yeah, sign me up for this one! So, Chad, tell us about yourself. Something we may not already know.

I’m a sometime-musician in the little spare time I have left between working, writing, and being a husband and dad to four teens and almost-teens. Playing music with other people is one of the things I’ve been missing most during the pandemic.

Zoom jam sessions aren’t quite the same. And, Heather, what do you hope to get out of the Pitch Wars experience?

I have already gotten so much of what I hoped for: community and solidarity, as well as space and support to hone my craft and thoughtful, useful feedback on my book.

Welcome to the PW family! Now, Heather, tell us about yourself. What makes you and your manuscript unique?

I’m a mother, an extrovert, a social justice and equity in education warrior, and, as I mentioned before, a former reporter. I eat way too much chocolate and too many cookies, but I’ve made my peace with that.

My main character and I both have a fire in our bellies to tell stories that matter, and we’re tired of being told that the inequalities we see in our world are just in our heads. My main character has a deep connection to a historical figure—something I’d have loved to have had when I was her age.

Thank you both so much for the interview. It’s great to get to know the teams! Check out Chad’s (latest or upcoming) release, THANKS A LOT, UNIVERSE. 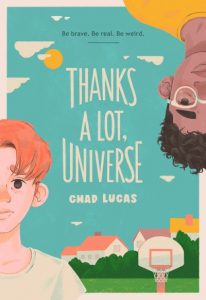 Brian has always been anxious, whether at home, or in class, or on the basketball court. His dad tries to get him to stand up for himself and his mom helps as much as she can, but after he and his brother are placed in foster care, Brian starts having panic attacks. And he doesn’t know if things will ever be “normal” again . . . Ezra’s always been popular. He’s friends with most of the kids on his basketball team—even Brian, who usually keeps to himself. But now, some of his friends have been acting differently, and Brian seems to be pulling away. Ezra wants to help, but he worries if he’s too nice to Brian, his friends will realize that he has a crush on him . . .
But when Brian and his brother run away, Ezra has no choice but to take the leap and reach out. Both boys have to decide if they’re willing to risk sharing parts of themselves they’d rather hide. But if they can be brave, they might just find the best in themselves—and each other.