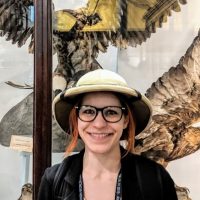 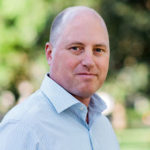 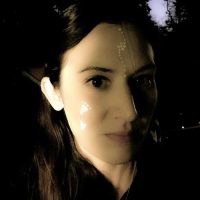 Michael and AR, why did you choose Erica to be your mentee?

Michael: The voice is amazing. Multiple points of view with very distinct voice in each, and the two main ones are off the charts good. And after that, the imagination. The different alien races and how they interact both on the surface and behind the scenes. It reminds me a little of CJ Cherryh. She also had a very specific plot issue that I wasn’t sure how to solve, but seemed like an awesome challenge. Plus it made me laugh, which, in 2020…you can’t really put a price on that.

AR: Erica’s book had a great voice and an Avenue 5 vibe that really appealed to me.

Yes, laughter is so important this year! And Erica, why did you choose Michael and AR?

Of all this year’s mentors, Mike and Alina seemed to be the most focused on science fiction — and not just any of the sub-genres that get lumped into SF, either, but specifically space opera and far-future stories. The opportunity to work with a mentor team, with each taking a different approach to edits, also sounded exciting. Mike mentioned that plot development was one of his strengths as a mentor, which was one of the major issues I hoped to address in my manuscript. Overall, they seemed knowledgeable, approachable, and pragmatic.

They definitely know their science fiction! So, Michael and AR, summarize Erica’s book in 3 words.

Erica, summarize your book in 3 words.

Aliens, twisty mystery, and a clumsier-dumpster, I’m sold! Michael and AR, tell us about yourself. Something we may not already know.

Since it seems like only one mentor answered that question, I think we’re suppose to guess who answered it. My guess is that it’s Michael. What do you think? All right, continuing on. Erica, what do you hope to get out of the Pitch Wars experience?

My Pitch Wars manuscript went through a couple rounds of queries earlier this year. While I got a surprising amount of positive feedback from agents, the book just wasn’t quite good enough. With the guidance of more experienced writers like Mike and Alina, I hope to finally identify and strengthen the story’s weak spots. Secondary to the edits, I’m thrilled to be part of Pitch Wars for the community. Coming from the game industry, I’ve never found a writing group, critique partners, or beta readers who knew my genre well. I’m excited to meet other mentees and nerd out about something different for a change!

I don’t doubt they can help you strength your story, and we’re so happy to have you in the community! Now, Erica, tell us about yourself. What makes you and your manuscript unique?

I find quite a variety of things interesting, and love learning new facts and skills. While I studied music and game development, I’ve dabbled in many other things along the way. In all of my projects, I enjoy combining art and science — particularly space and the natural world. Another thing that interests me is the intersection between the mundane and the strange, and how those two categories can easily reverse depending on one’s point of view. My manuscript attempts to achieve that by using multiple alien POV characters who interpret the world according to their own backgrounds; their own cultures, biologies, and biases. Also, I’ve been told that it’s funny, which is a plus.

Sounds great! Thank you for the wonderful interview Erica, Michael and AR!

A missing scientist and deep pockets pull Colonel Carl Butler out of retirement, investigating another mystery that puts him and his team–and the future of relations with alien species–in danger in Colonyside, the exciting follow-up to Planetside and Spaceside.

Carl Butler was once a decorated colonel. Now he’s a disgraced recluse, hoping to live out the rest of his life on a backwater planet where no one cares about his “crimes” and everyone leaves him alone.

A CEO’s daughter has gone missing and he thinks Butler is the only one who can find her. The government is only too happy to appease him. Butler isn’t so sure, but he knows the pain of losing a daughter, so he reluctantly signs on. Soon he’s on a military ship heading for a newly-formed colony where the dangerous jungle lurks just outside the domes where settlers live.

Paired with Mac, Ganos, and a government-assigned aide named Fader, Butler dives head-first into what should be an open and shut case. Then someone tries to blow him up. Faced with an incompetent local governor, a hamstrung military, and corporations playing fast and loose with the laws, Butler finds himself in familiar territory. He’s got nobody to trust but himself, but that’s where he works best. He’ll fight to get to the bottom of the mystery, but this time, he might not live to solve it.