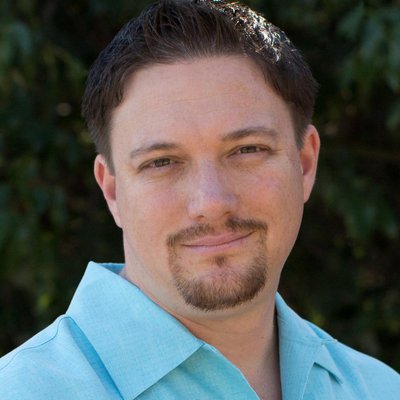 Nicole: Why did you choose Austin Aslan?

When researching the mentors, I have to admit, Austin’s blog hop post popped out at me. He specifically said he was looking for “YA oriented toward survival/disaster.” That was me, or — more specifically — that was my story, GIRL UNPLUGGED.  I began reading his book ISLANDS AT THE END OF THE WORLD and was overwhelmed and excited by the similar elements (something Austin later commented on himself). I knew then that Austin would, at the very least, have an understanding about what drove me to write my story. When he sent me an email with his impressions and thoughts about the parts of my manuscript he had read so far, his questions got my wheels turning. Some of his questions addressed things I had been thinking about through my own process, but, more importantly, some had raised issues that were not even on my radar. It became clear to me that partnering up with Austin would be an excellent opportunity for me to grow as a writer. And, in the end, that is the best gift Pitch Wars can give me.

Austin: Why did you choose Nicole’s?

Nicole’s story caught my attention, first and foremost, because her first two chapters popped with voice. I laughed out loud often, and found myself enthralled with a character who would have likely driven me absolutely batty if she were a real live person. I saw the promise behind a tale that was setting up an exploration of a girl who was so addicted to technology and social media that she had no idea of who she was beyond those parameters. I sense that this will be a wonderful, timely novel that teens and readers of all ages will identify with as an essential resource for navigating our modern age. Nicole’s personal connection to technology as a resource during a time of illness helps to enrich her credential and give her tale a unique touch that only she can provide. I can’t wait to see where this process leads her tale!

I like Nicole’s summary better, but this also works, in a more general sense: Modern addiction story

Nicole: Tell us about yourself. What makes you and your MS unique?

I was born and was raised in Staten Island, New York where I am now raising my son with my husband of eight years. I spent twelve years of my life teaching high school Mathematics here. In 2009 I was diagnosed with a rare disease (Pseudotumor Cerebri/Idiopathic Intracranial Hypertension) that dared to steal my career, my identity, and tried to take my eyesight along with it. I battled. I stayed connected to the world through zoomed computer screens and consumed stories through audiobooks. During that time I was a contributing author for the WORD OF THE NERD and STORY DAM websites, as well as my own blogs. Writing saved my sanity. It quickly transformed from a hobby to my new passion.

By 2012, my eyes were healing and I was in remission. That was also the year I wrote the first draft of GIRL UNPLUGGED. I felt helpless when Hurricane Sandy hit my hometown. My home (thankfully) was unscathed, but I was ill-equipped to help my hometown due to my illness. I watched, in horror, as people lost their homes, their businesses, their neighborhoods. I wondered if we had learned enough. I wondered if we were anymore prepared for a next time — and what if Mother Nature changed her tactics? All these ideas flowed together to inspire GIRL UNPLUGGED, a story about a 16 year old girl from Staten Island named Natalie Turner.

Here’s a bit of a teaser…

Natalie Turner never knows what to say. Talia Turner, on the other hand, is an incredibly popular blogger who’s witty, insightful, and trending. You’d never know they were the same person. So, when Natalie is partnered up with her secret crush for a class trip to the American Museum of Natural History, she’s pretty sure that embracing her new motto What would Talia do? will solve all of her problems.

She wasn’t counting on a natural disaster. She didn’t know it was possible for all of the buses, trains, communication, and basically all technology to be wiped out so suddenly because of a storm on the sun.

Now Natalie and her class have to find their way back to Staten Island through a powerless and panicked Manhattan. Looting, violence, police barricades, curfews, and the New York Bay all stand in their way.

GIRL UNPLUGGED marks my first venture into the publishing world.

Austin: Tell us about yourself. Something we might not already know.

I have a masters degree in Tropical Conservation Biology, and it is my dearest hope that I never have to write another scientific paper again. I prefer to share my love and wonder of the environment through my creative writing, and hope to contribute to “saving the world” (whatever that means) through storytelling. I’ve been an on-screen extra in several major films, and absolutely adore being on movie sets. David Copperfield once disappeared me in front of a live audience of 2,000 people at Caesar’s Palace. And last year I thru-hiked, in one shot, all 800 miles of the Arizona National Scenic Trail. It took me over two months to complete. You can read about that experience on Gore-Tex’s® “Experience More” online magazine here.

The Islands at the End of the World

In this fast-paced survival story set in Hawaii, electronics fail worldwide, the islands become completely isolated, and a strange starscape fills the sky. Leilani and her father embark on a nightmare odyssey from Oahu to their home on the Big Island. Leilani’s epilepsy holds a clue to the disaster, if only they can survive as the islands revert to earlier ways.

A powerful story enriched by fascinating elements of Hawaiian ecology, culture, and warfare, this captivating and dramatic debut from Austin Aslan is the first of two novels.

Order online thru your favorite retailer

Mark this book “To read” on Goodreads (and rate it)!

The Girl at the Center of the World is available for pre-order on Amazon.com.